The distinction which seems to be unfortunate is in separating miracle from “natural law.” A typical expression of this position is the following: “Miracles are reasonable, divine interruptions of natural law worked by immediate will of the personal Creator.”* 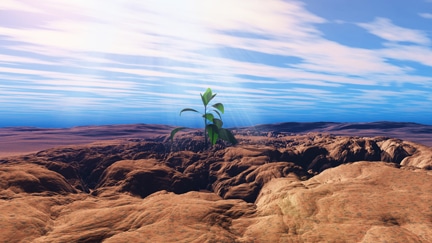 The attitude expressed here by a genuine Christian (seemingly a common attitude) is that God created natural law—presumably something we know—and that at various later times after this creation he changed this law temporarily. This does not seem to be consistent with the idea that all events are foreordained from eternity and it seems to ignore what natural law really is. An attempt is made here to show that natural law may have two meanings and that the one connected with what man knows cannot be used in ideas like those expressed in the foregoing quotation. Natural law as we usually use the term refers to the sum of laws like the law of gravitation, the law of mass-energy conservation, the three laws of motion of Newton, the two fundamental laws of photochemistry and the two fundamental laws of electrochemistry. This is the “natural law” that man knows. There is another natural law that God knows.

The relationship between miracles and these two kinds of natural law is discussed in the light of five propositions which are offered.

1. “Natural Law” Is a Man-Made Concept

Today the scientist believes that very likely only a few—at the most—“laws” are strictly correct. In other words, as man learns more and more about creation he realizes more and more his inability to correlate facts and formulate true laws. This is shown by illustration.

The first type of difficulty the scientist has in correlating facts to form laws is that he may not be familiar with enough facts. For example, Hess once said and stated it as a law that a chemical reaction could only occur if heat were evolved as the reaction proceeded. Hess did not know that many reactions occur in which this is not true. Certain facts would have led him to discard his hypothesis or “law” had he known them.

The second type of difficulty a scientist experiences in formulating laws from facts is that he never feels certain he knows facts perfectly well. This difficulty the scientist experiences every day of his life. For example, we ordinarily say Newton’s laws of motion are correct for the systems he considered. We now know this is not strictly true: Newton considered the masses of moving bodies constant but modern relativity has shown masses actually increase as bodies move more and more rapidly. “Facts” were not known accurately. It would be presumptuous for us to say the relativity modification is the last modification that need be made to Newton’s laws of motion. (In fact, another modification is noted below.) Therefore, this is one reason we cannot know the true laws of motion; what we do know are temporary correlations of fact.

A third and even worse difficulty which faces the scientist as he attempts to formulate laws is that he does not know exactly how limited is the region of validity of his law. Again, the history of Newton’s laws of motion provides an example. For several centuries these laws were accepted as valid, but only in the twentieth century has it been understood that there are very small particles, such as electrons, for which Newton’s laws are quite unsatisfactory. Another law, which is formulated in quantum mechanics, holds for very small particles. Furthermore, this same new law is also true for large bodies. The new law holds in the systems Newton considered, and it holds in some he did not consider. It is therefore a more complete law. Attempts are being made to formulate an even ma.re general law, one which will hold in even more systems. The scientist does not and will not feel he has the last word.

The scientist is faced with these possibilities: he may be ignorant of some pertinent facts; the facts he has in hand may be wrong; he may be neglecting the fact the systems he studies are part of a much larger picture. For these reasons, we must be very careful when we talk of “natural” law. The really true natural law exists, but we do not know it.

2. A Miracle Cannot Be an Event in Which God Suspends the “Natural Law” He Created

Since “natural law” is only a manmade concept, a miracle is only contrary to our ideas, not contrary to a “created law.” Miracles are facts, but they are not facts which fit into man-made laws.

3. The Only Universal Law Is the Will of God

Man as scientist is constantly attempting to generalize phenomena in Creation for the purpose of discovering correlations or formulating “natural law.” Where sin is restrained, the scientist carries out the command of Genesis 1:28 and he glorifies the name of God.

4. By Means of Miracles God Re· minds Us He Is a Providential God

A chief purpose of a miracle is that God shows his immanent power. When God allows us to know he has performed a miracle, the one thing he does not intend is that we conclude he has suspended some law or normal process. Rather, he shows us miracles to prove he does have complete power over nature. We are not to think God has shown us some kind of an exception, but rather we should infer from the miracle that God has a law we cannot see. Such a law demands more respect than a law we can deduce. When he shows us our correlations are so weak and imperfect that they conflict with some events—miracles—we know even better that we are ignorant and frail.

5. Non-Miraculous Events Are as Awe-Inspiring as Are Miracles

It is easy to forget…that all events show us God is a Providential God. There is no power in Creation except God has given it. The scientist knows that he ultimately explains events in terms of the unknowable. The Christian believes that these unknowables are caused by God. Since all events are basically impossible of explanation and are performed by God, all events are, in a certain sense, miracles. If we only look, we learn as much about the immanent power of God when we study electrons moving about the nucleus of an atom as we do when we observe Jesus healing a leper. We understand neither event and God causes both. It is only by general agreement that of these two events only the healing of the leper is called a miracle.

In the last analysis, all events are either (1) those we in ordinary speech call miracles or (2) those we explain in terms of concepts we cannot understand.