You just knew there was something else going on with Janie by the way she looked, sitting at the kitchen table. “I’m just having a bad day” did not explain the way she cried silently, the way she trembled when you talked with her. Janie had never been a particularly shy person, nor had she ever demonstrated a hesitance to open up her heart to you on previous elder visits to her home. In some of those visits to the twenty-something single woman’s home, you and your elder partner had delighted with her in the grace ofGod evident in her life, in her work, in her family, in her relationships. She had been open and honest with you regarding the difficulty of cultivating regular habits in the Word and in prayer. She had heeded your words of encouragement and instruction. She had been forthright in asking you to pray about a (now failed) dating relationship about which she had some misgivings. So her current behavior was quite out of the ordinary.

So you inquire, gently, but firmly: “What’s going on, Janie? Something is obviously bothering you a great deal. Please let us help you?”

She sighs deeply, looks slowly into your eyes for a long minute, and then begins: “Ok, but you have to promise not to tell anyone, ever. Do you promise?”

Confidentiality. In the work of the church, it is to be assumed, right?

From my earliest childhood, I recall thinking that you could tell an elder anything, and they could never tell anyone. You could get anything off your chest, and they had to keep your secret! As I grew up, I guess I assumed that confidentiality was the Reformed answer to the Roman Catholic principle of the inviolability of the priest-penitant relationship, the sacred “confessional.” Perhaps I thought so because I grew up in a neighborhood on the south side of Chicago, a thoroughly Catholic enclave, and because many of my acquaintances were altar boys who spoke of such things often. They thought it was neat that they could confess to the priest and get rid of a guilty conscience without ever having to tell their Mom what they had done! I was, I admit, a bit envious. My conscience didn’t scrub clean that easily.

If you think about confidentiality as I used to think about it, what I am about to write in this article will challenge your thinking on the subject. Quite simply, I don’t believe the Scriptures support the practice of confidentiality, certainly not the kind of “secret keeping” requested by Janie in the opening case study.

Why? Because pledging to “keep secrets” violates in principle the nature and work of the elder! 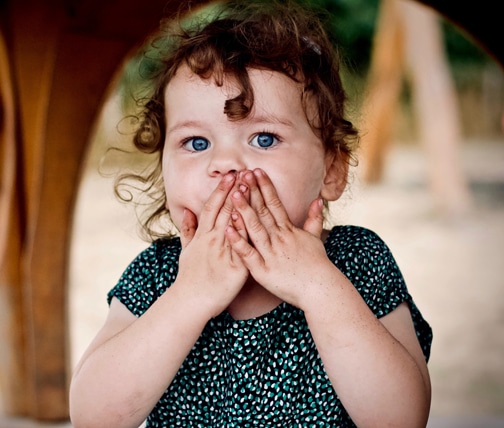 The list of requirements for the office of elder in both I Timothy 3 and Titus 1 describes in careful terms the character careful terms the character God desires His shepherds to exhibit. It is true beyond doubt that the character He seeks is one of trustworthiness. After all, the elder is said to be “entrusted with God’s work” and must therefore be “blameless, one who loves what is good, who is self controlled, upright, holy and disciplined.” (Titus 1:7–8). While there is not a specific requirement that the elder must “keep secrets,” most assume that the character description referred to certainly covers the territory. But, please note what it is that the elder is entrusted with. He is entrusted with “God’s work” (v.7), with the “trustworthy message as it has been taught” (v.9), and with “sound doctrine” (v.9). He is, in short, the bearer of the sacred trust of God’s gospel mission and Word-based methods. And, on the other hand, he is entrusted to hold in his heart the flock of the Good Shepherd as if they were his own family (I Tim. 3:5). He is, thus, both a steward of the Lord’s Word and of the Lord’s people.

And, he must handle them with loving care, not self-seeking or manipulative motives. Listen to the words of I Peter 5:2–3: “Be shepherds of God’s flock that is under your care, serving as overseers—not because you must, but because you are willing, as God wants you to be; not greedy for money, but eager to serve; not lording it over those entrusted to you, but being examples to the flock.” There’s that word again: “entrusted.” “Those entrusted to you.” That’s a serious responsibility. It is not, however, the same thing as being entrusted to keep their secrets, their confidences. It is, rather, being entrusted to do what is best for them according to the will of God revealed. It is being entrusted to “gospel” them, to pastor them unto spiritual maturity in Christ, to hold them accountable to the Word of life.

Think about some options for our opening example of Janie and her plea “never to tell anyone.” If what she is about to tell you has something to do with an embarrassing physical experience, an upcoming minor gynecological surgery about which she is very shy, or something similar, it is quite plausible for you to honor her request. But you don’t know that this is what’s on her mind. It could also be something quite different. I’ve been burned in similar situations, having been asked (and unwisely having given my promise) to maintain confidentiality, only to discover that what’s at the heart of the problem is a serious sin that I am now unable to deal with righteously.

What if Janie’s profound sadness is brought about by the fact that she’s been caught up in an adulterous affair with one of your fellow elders, and he won’t leave his wife for her? What if Janie’s burden is that her dear friend, also a church member in your congregation, has recently confessed to Janie that she’s a lesbian, and has long desired a love relationship with Janie? What if Janie’s problem is that she just found out that she’s got AIDS, contracted a few years earlier before she gave her life to Christ? What if you promised to keep her secret, and her secret was one of these? If any of these circumstances were the real problem, your pledge of confidentiality would seriously hinder the church from fulfilling her God-honoring responsibilities. Consider if Janie were having an affair with an elder of the church, keeping her secret might avoid public embarrassment, but would not promote a Biblical resolution to the matter that can only come by confrontation, warning, repentance, confession (in some cases, public [cf. Matt. 18:17 and I Tim. 5:20]), and only then, forgiveness and restoration. You might be able to confront her in her sin, but you would be jeopardizing another marriage in serious trouble; you’d be endangering the the flock by leaving it under the spiritual care of such an elder, not to mention neglecting the spiritual care of your brother elder so caught up in his sin and deceit. Likewise, if you kept the secret of her lesbian friend’s advances, you would prohibit the church from acting on critical knowledge in regard to another member’s sin, and thus jeopardize that member spiritually and eternally (I Cor. 6:9–11). And if you promise to keep Janie’s AIDS secret, you throw up a roadblock in the way of the body of believers which is called to minister lovingly and effectively to a woman who faces a most difficult future alone. Keeping such secrets is cruel, and engenders pastoral brutality.

No, you cannot, you may not, pledge absolute confidentiality to a woman like Janie up front, before you know the issue she wants you to hold in confidence. To do so cuts the eldership out of the loop for prayer, for oversight, for discipline; to do so even excludes the family of believers from its mutual care responsibility.

I am not suggesting, of course, that by refusing to keep someone’s secret you therefore reserve the right to be a blabbermouth, to tell everyone you choose to tell whatever you decide to tell. I would hope that my earlier reminder that your work as elder means you hold a sacred trust for the sake of the gospel, and that you are entrusted by God with the Good Shepherd’s precious lambs. To trivialize an individual’s burdens by gossip, to violate your office by having a big mouth, is to lose the trust of God’s people, and more importantly, to violate God’s sacred trust. It renders impossible any future ministry, and is itself a grievous sin.

How can I recommend that you cannot and should not pledge absolute confidentiality regarding a pastoral situation, and, at the same time, strongly warn you to keep your sacred trust before God and His people? To be blunt, the limits of your sharing knowledge lie with your fellow elders! You do not tell your wife the secret details of people’s lives; you do not flippantly share knowledge with the “boys” over coffee, nor do you “leak” the information to the church with the misguided belief that public knowledge of certain things might serve to have a kind of “deterrant” value. You tell only the elders. You tell them only when they need to hear. You tell them only when it enhances the cause of the gospel witness and the Biblically faithful pastoral care of the flock which has been entrusted to you.

I remember a sign in the consistory room of the church in which I grew up, tacked up next to the door. “What you hear here let it stay here when you leave here!” I could hardly agree more!

But what, then, do you say to Janie when she asks you to keep her secret? After all, such folks expect you to promise to keep confidences like theirs. Catholic priests do. Most people in the world would pledge to keep the secret (even if they wouldn’t actually honor their promise).

You tell her the truth. You tell her that if her request for confidence will require you to violate one of God’s principles for elder care or for mutual care, you may well not be able to honor her request. You tell her that you will try, but cannot promise. You explain why, by reminding her of our pledge to honor the elders of the church and our obligations to “love one another,” “pray for one another,” “admonish one another,” “rebuke one another,” “snatch another from the fire.” To pledge confidence where secrecy is inappropriate violates God’s way of care. You cannot do that. At the same time, you can and must assure her that you, by your hesitance, are not threatening to “make her situation public,” that in fact you are not sure you will tell anyone, and if you do, it will only be the elders and that they, like you, are committed to honor their sacred trust to shepherd her and the rest of God’s people with Biblical faithfulness. And then, you let her decide whether or not she can tell you. Usually, I have found that people who understand your view of the eldership as a sacred trust will still talk openly with you. But sometimes they will not. At least not yet.

Confidentiality. An easy promise. But often, the open door to a set of thorny complications. Be careful!

Dr. Sittema is pastor of Bethel CRC in Dallas TX and author of an excellent book for elders and deacons, With A Shepherd’s Heart.