Several important conclusions about the Christian’s third use of the law can now be drawn.39 First, the third use of the law is Biblical. Old and New Testament scriptures teem with expositions of the law directed primarily at believers to assist them in the abiding pursuit of sanctification. The Psalms repeatedly affirm that the believer relishes the law of God both in the inner man and in his outward life.40 One of the psalmists’ greatest concerns is to ascertain the good and perfect will of God, and then to run in the way of His commandments. The Sermon on the Mount and the ethical portions of Paul’s epistles are prime New Testament examples of the law being used as a rule of life. The directions contained in these portions of Scripture are intended primarily for those already redeemed, and seek to encourage them to reflect a theology of grace with an ethics of gratitude. In this ethics of gratitude the believer lives out of and follows in the footsteps of his Savior, who was Himself the Servant of the Lord and Law-Fulfiller, daily obeying all His Father’s commandments throughout His earthly sojourn.

Contrary to antinomianism and legalism Second, the third use of the law combats both antinomianism and legalism. Antinomianism (anti=against; nomos=law) teaches that Christians no longer have any obligation toward the moral law because Jesus has fulfilled it and freed them from it in saving them by grace alone. Paul, of course, strongly rejected this heresy in Romans 3:8, as did Luther in his battles against Johann Agricola, and as did the New England Puritans in their opposition to Anne Hutchinson. Antinominians misunderstand the nature of justification by faith, which, though granted apart from works of the law, does not preclude the necessity of sanctification. And one of sanctification’s most important constituitive elements is the daily cultivation of grateful obedience to the law. As Samuel Bolton graphically states: “The law sends us to the gospel, that we may be justified, and the gospel sends us to the law again to enquire what is our duty, being justified.”41

Antinomians charge that those who maintain the necessity of the law as a rule of life for the believer fall prey to legalism. Now it is possible, of course, that abuse of the third use of the law can result in legalism. When an elaborate code is developed for believers to follow, covering every conceivable problem and tension in moral living, no freedom is left for believers in any area of their lives to make personal, existential decisions based on the principles of Scripture. In such a context man-made law smothers the divine gospel, and legalistic sanctification swallows up gracious justification. The Christian is then brought back into a bondage akin to that of medieval Roman Catholic canon law.

The law affords us a comprehensive ethic, but not an exhaustive application. Scripture provides us with broad principles and illustrative paradigms, not minute particularization which can be mechanically applied to every circumstance. Daily the Christian must bring the law’s broad strokes to bear on his particular decisions, carefully weighing all things according to the “law and testimony” (Is. 8:20) while striving and praying all the while for a growing sense of Christian prudence.

Legalism and thankful obedience to God’s law operate in two radically different spheres. They differ as much from each other as do compulsory, begrudging slavery and willing, joyous service. Sadly, too many in our day confuse “law” or “legal” with “legalism” or being “legalistic.” Seldom is it realized that Christ did not undermine the law when He undermined legalism. Legalism is indeed a tyrant and an antagonist, but law must be our helpful and necessary friend. Legalism is a futile attempt to attain merit with God. Legalism is the error of the Pharisees: it cultivates outward conformity to the letter of the law without regard for the inward attitude of the heart. 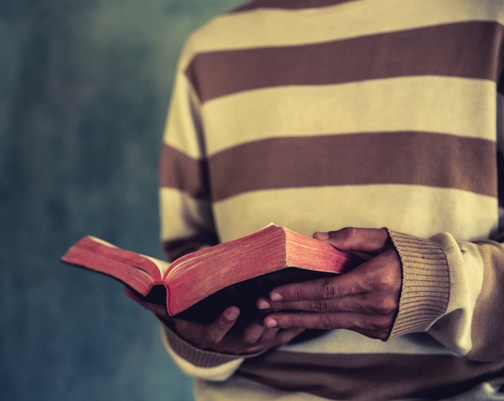 Third, the third use of the law promotes love. “For this is the love of God, that we keep his commandments: and his commandments are not grievous” (1 Jn. 5:3). God’s law is a gift and evidence of His tender love for His children (Ps. 147:19–20). It is not a cruel or hard taskmaster for those who are in Christ. God is no more cruel in giving His law to His own than is a farmer who builds fences to protect his cattle and horses from wandering into roads and highways. This was vividly illustrated recently in Alberta, where a horse belonging to a farmer broke through her fence, found her way to the highway and was struck by a car. Not only the horse, but also the 17-year-old driver was killed immediately. The farmer and his family wept all night. Broken fences do irreparable damage. Broken commandments reap untold consequences. But God’s law, obeyed out of Spirit-worked love, promotes joy and the rejoicing of the heart. Let us thank God for His law which fences us in to contented enjoyment of the green pastures of His Word.

In Scripture, law and love are not enemies, but best of friends. Indeed, the essence of the law is love: “Thou shalt love the Lord thy God with all thy heart, and with all thy soul, and with all thy mind. This is the first and great commandment. And the second is like unto it, Thou shalt love thy neighbor as thyself. On these two commandments hang all the law and the prophets” (Mat. 22:37–40; d. Rom. 13:8–10). just as a loving subject obeys his king, a loving son obeys his father, and a loving wife submits to her husband, so a loving believer yearns to obey the law of God. Then, as we have seen, the dedication of the entire Sabbath to God becomes not a burden, but a delight.

Finally, the third use of the law promotes freedom—genuine Christian freedom. Today’s widespread abuse of the idea of Christian liberty, which is only freedom taken as an occasion to serve the flesh, should not obscure the fact that true Christian freedom is both defined and protected by the lines drawn for the believer in the law of God. Where God’s law limits our freedom, it is only for our greater good; and where God’s law imposes no such limits, in matters of faith and worship, the Christian enjoys perfect freedom of conscience from all the doctrines and commandments of men. In matters of daily life, true Christian freedom consists in the willing, thankful and joyful obedience which the believer renders to God and to Christ. As Calvin wrote of the consciences of true Christians, that they “observe the law, not as if constrained by the necessity of the law, but that freed from the law’s yoke they willingly obey God’s Will.”45

God’s Word binds us as believers, but His alone. He alone is Lord of our consciences. We are truly free in keeping God’s commandments, for freedom flows out of grateful servitude, not out of autonomy or anarchy. We were created to love and serve God above all, and our neighbor as ourselves—all in accord with God’s will and Word. Only when we find this purpose back, do we find true Christian freedom. True freedom, Calvin writes, is “a free servitude and a serving freedom.” True freedom is obedient freedom. Only “those who serve God are free…We obtain liberty in order that we may more promptly and more readily obey God.”46

I am, O Lord, Thy servant, bound yet free, Thy handmaid’s son, whose Shackles Thou hast broken; Redeemed by grace, I’ll render as a token Of gratitude my constant praise to Thee.47

This then is the only way to live and to die: “We are God’s,” concludes Calvin, “let us therefore live for him and die for him. We are God’s: let his wisdom and will therefore rule all our actions. We are God’s: let all the parts of our life accordingly strive toward him as our only lawful goal.”48

39. Cf. MacLeod, 12–13, to whom we are here in-debted for a helpful summary of observations on the normativity of the law for the believer.

43. For a more detailed description of the relationship of justification and sanctification, see Joel R. Beeke. “The Relation of Faith to Justification,” in Justification by Faith Alone, ed. Don Kistler (Morgan, Pac Soli Deo Gloria, 1995), 82ff

Dr. Joel R. Beeke is pastor of the Heritage Netherlands Reformed Congregation in Grand Rapids, MI, rector and professor of systematic theology and homiletics of Puritan Reformed Theological Seminary, and editor of the Banner of Sovereign Grace Truth.