A war is being waged. This war is the oldest war in the history of the world. It began with the fall of Adam and Eve into sin. In the curse upon the serpent, the Lord Himself drew the line which would separate forever the opposing forces. He said to the serpent, “I will put enmity between you and the woman, and between your seed and her Seed” (Gen. 3:15).

From that moment on, the devil has been prowling around “like a roaring lion, seeking whom he may devour” (I Pet. 5:8). This is not a war that is fought with swords or guns, for this struggle is not against flesh and blood, “but against principalities, against powers, against the rulers of the darkness of this age, against spiritual hosts of wickedness in the heavenly places” (Eph. 6:12). This war is all-consuming. As the great Reformed apologist, Cornelius Van Til has pointed out, “There is not a square inch of ground in heaven or on earth or under the earth in which there is peace between Christ and Satan.”1

There are no draft-dodgers or conscientious objectors in this war, all are involved: every man, woman, and child. Not only are all participants in this war, but the war is waged on all fronts, in every area of life, including the realm of education. 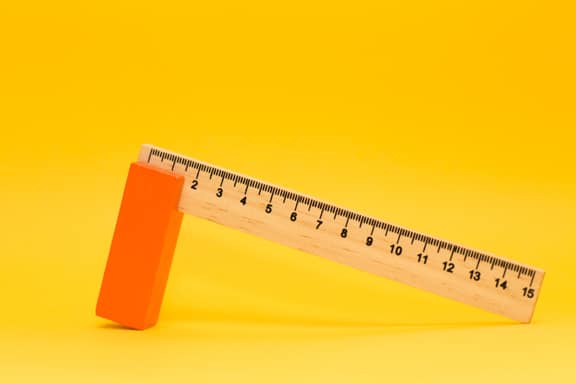 Even in the sphere of education there is no neutral ground. Nothing can be taught apart from some religious orientation, whether it be Christianity, Hinduism, humanism, secularism, new ageism, atheism, or some other -ism. Education is either Christian or non-Christian. The fundamental difference which separates these antithetical systems “must be traced back to its source in two antithetical world views: on the one hand, the world view that takes the living God, Creator, Revealer, and Redeemer, as its starting point, listening dependently to his revelation in Scripture, creation, and providence; and, on the other hand, the world view that, explicitly or implicitly, denies that the God of the Bible is the source of all reality and the measure of all truth.”2

Non-Christian education is necessarily God-less education, for it denies the personal God who has created all things. Without a Creator-God, all things have been called into being by chance. Without a God of providence, all things continue to be governed and upheld by chance. In this God-less system there is no unity to life, there is no meaning to life, and there is no coherence to life. There are only “brute facts,” which man in his autonomy is left to interpret. God has been excluded from the outset.

In the non-Christian system man stands autonomously at the center of the universe, seeking to interpret all things in relation to himself. Man has boldly proclaimed that “God is dead.” Since God is dead, there can be no revelation from God. His Word, then, amounts to nothing more than an interesting commentary upon the primitive, patriarchal culture of the Hebrews. Man now fills the vacuum created by the death of God, and man speaks authoritatively; he becomes the final reference point in all predication. Man has boldly proclaimed that there is no absolute truth, and all things are relativized. Thus, man alone is worshipped and glorified. The Creator is forgotten and the creature sits upon the throne.

Because non-Christian education is God-less, self-glorifying, and tolerant of all things but the God of creation, it stands in absolute antithesis to Christian education. In spite of this absolute antithesis, non-Christian schools can know and teach much that is right and true. They borrow from the capital of the Christian system, without knowing it, and thus teach much that is intelligible. Because of God’s goodness, the public school system has had some benefit to the country. Even public schools have held high the banner of virtues such as honesty and integrity. In this age of intellectual and moral irresponsibility, progress such as this is to be lauded. However, it must be recognized that this progress in public schools is made in spite of the false religion they propagate.

While realizing that God’s goodness has kept the public school system from being consistent in its irrationality, the antithesis must still be emphasized. Thus with Van Til, the call to arms for the Christian school must be heralded:

We should declare our independence once for all. We should forget the house of bondage and not yearn for the fleshpots of Egypt at every turn of the way. We have resources of principle such as no other commonwealth of education has. More than that. We not only claim our rightful place among the commonwealths of education, but we have a definitely imperialistic program. No mere Monroe Doctrine will suffice. We are out to destroy – albeit with spiritual weapons only and always all our competitors. We do not recognize them as equals but regard them as usurpers. Carthage must be destroyed.3

It is only when God is the presupposition and the final reference point that there can be coherence in the human experience at all. Only with reference to the Creator-God, can a school teach the facts which are interpreted by God. Consider Romans 11:36, “For of Him and through Him and to Him are all things, to whom be glory forever. Amen.”

This holds true for every classroom. In a truly Christian school every class is a religion class, for no fact can be taught unless it is taught in its relationship to God. In all classes biology, literature, mathematics, health, art, music, etc. – every thought must be brought into captivity to the obedience of Christ (II Corinthians 10:5). The education children receive is fundamentally religious. The question is whether they are being saturated with the false religion of the kingdom of Satan (whatever shape that may take) or the true religion of the kingdom of Christ.

For covenant children, the Lordship of Christ must be taught in every class. In their education they must be saturated with the Christian God. There is, then, no return to the public school, regardless of what, by God’s goodness, it may have to offer. Van Til writes, “If you have been taken out of the miry clay, do you jump back into it because of some glistening objects that you see in it? Do you run back into the house now almost burned to the ground in order to save your silverware?”5

Given the fact that public schools exclude God from the outset, is there ever a place for Christians in the public school system? While there may be extreme exceptions, we must insist that covenant children belong in Christian schools. Christian parents who send their children to public schools will need not only to teach their children the Scriptures, but they will need to unteach the values learned from teachers and peers at school. Why entrust the education of covenant children to those who do not belong to the covenant? Why hand the sheep over to be taught by the wolves? Why allow our children, who are taught the things of Christ at home and in church, to be taught by those who deny the Lordship of Christ at school?

We are caught up in a war. This war is carried out not only in adults, but in the hearts of our children. “The war between Christ and Satan is a global war. It is carried on, first, in the hearts of children, for the hearts of children.”7 There is no neutral ground – not a square inch in heaven or on earth or under the earth in which there is peace between Christ and Satan. Christian parents dare not be content to sit in their fox holes and wait the battle out. The battle today is more pointed and urgent than it has ever been before. The heat from the flames of the battle will only grow hotter. This battle is a fight to the death. It is in the educational field that the battle for or against God is being decided today.8 Who will be the conqueror of our children’s hearts? Christian education of our covenant children in Christian schools is one of the strongest armaments in our possession to ward off the enemy. Let us insist on using them.

1 All Scripture quotations are taken from the NKJV, unless otherwise noted. 1 Van Til, Cornelius. Essays on Christian Education. Phillipsburg, NJ: Presbyterian and Reformed Publishing Co., 1979. P. 27.