Every day you and I are confronted with temptations that go against the desires of the God who created us; the God who saved us; and the God who loves us.

Romans 8 gives us hope that the struggle we experience is solved by Christ Jesus. This passage does not teach a life of perfection, nor does it teach a life free from struggle. It teaches us how God has come into human experience and done what no mere man — no sinful man — could do. God, through Christ, defeated that which bound us. He defeated sin. Paul announces that with the coming of Christ Jesus the condemnation that has hung over the saints is removed. 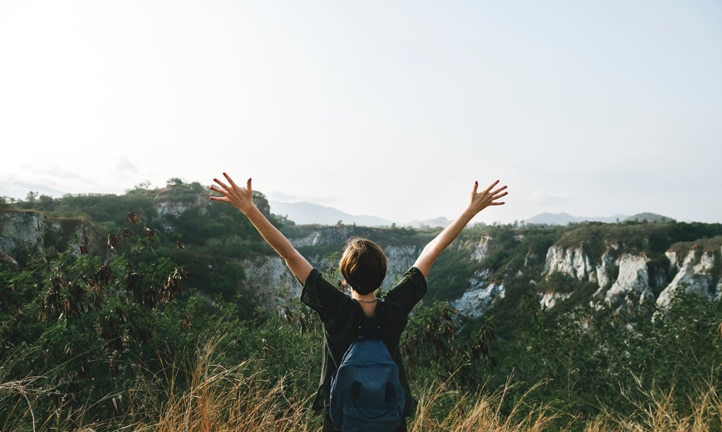 The Law could not set us free from the dominion of sin and death. It was not because of the Law itself.

As Paul said in Romans 7, the Law is not sin. It was because we were in the flesh. The Law could not release Paul from the dominion of sin. It did not have the power. The Law merely stated what was righteous and pleasing to God. The Law merely required of its hearers what to do. The Law did not perform or do anything. It came from God written with human letters on tablets of stone…merely reference and documentation.

There is no condemnation for us because sin was condemned. The Law condemned sin in the sense that it declared a judicial verdict against it as Paul says in Romans 7. What the Law could not do, however, was execute or carry out the verdict. While the Law could declare sin “guilty” it could not lock up sin in prison. The Law was unable, but God through His Son was able, and He did it by His death and resurrection.

In the resurrection of Jesus Christ from the dead, the condemnation of sin is complete. Consequently, for all those who are by faith united to Christ Jesus, there is no more condemnation. The agony of Romans 7 has been replaced by the triumph and comfort of Romans 8. The dominion of sin so powerfully and fully presented by Paul in Romans 7 is even more powerfully and fully shown by Paul to have been overthrown in Romans 8. He condemned sin in the flesh. The judgment declared by God back in the garden, in Genesis 3, is finally executed in the death and resurrection of Jesus Christ.

God removed the dominion of sin so that His people would be able to present a righteous life to Him. God did not save us so that we would live in what displeases Him. God does not save His people so that they can identify themselves as thieves, adulterers, coveteous, rebels, homosexuals, alcoholics, or any other thing disgraceful to God. You cannot call yourself a Christian and still identify yourself as a sinner.

To those who are outside of Christ, the law that is now given to us may seem restrictive, because they have no heart for the law. But for those who are in Christ Jesus, this law is still our delight. Just as Paul delighted in the Law in Romans 7, how much more does he delight in the Law due to Romans 8… but only because he is in Christ Jesus. If someone were to receive the law apart from being identified with Christ, it can only result in condemnation for him or her. But, in Christ Jesus, the righteous requirement of the Law is fulfilled. There is no condemnation! The law is one of gratitude for us, precisely because we are in Christ Jesus… precisely because we are identified with Jesus.

Mr. Talman Wagenmaker is a member of the Covenant United Reformed Church in Kalamazoo, Michigan. He is also a student at Mid-America Reformed Seminary.