A good friend of mine drove into our church parking lot some time ago with a new personalized license plate on his car. The plate read “N2ZASM.” Not everyone immediately grasped what it meant. My friend was a little disappointed. It seemed obvious to him. But his lingering problems with the “th” sound in English had kept him from seeing that not everyone would recognize that the plate should be read as “enthusiasm.”

My friend is enthusiastic about life. He enjoys it thoroughly. He needles my rather Stoic nature to greater excitement, and that is good.

As I think about the Christian Reformed Church in the 21st century. I believe what we need is enthusiasm. We do not need business as usual. We need eager anticipation for the work of serving Christ and building His church in the years ahead.

Enthusiasm has not always been a popular idea in Reformed circles. In the eighteenth century enthusiasm was identified by many with an undisciplined emotionalism and fanaticism. Enthusiasts were those who thought that they knew the will of God apart from His Word. It was the attitude that Martin Luther saw in Thomas Muentzer who, Luther said, believed that he had swallowed the Holy Ghost feathers and all.

Such enthusiasm is not what we need in the CRC. What we need is Reformed enthusiasm. We need confidence to take our heritage. build on it and apply it to our generation and the generations to come. 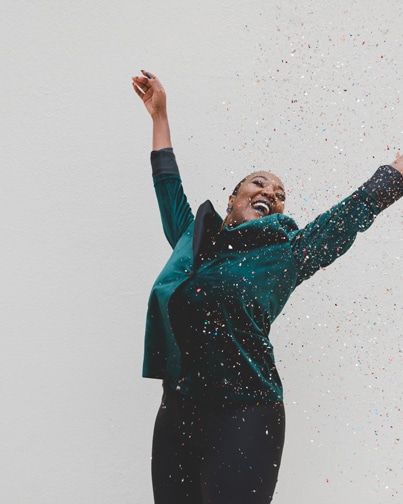 As we look at the best experience of the Reformed churches throughout history we see that enthusiasm. During the Reformation there was excitement about the truths of God’s Word that changed theology, churches, families, individuals and societies. In the seventeenth century English Puritans and Dutch pietists cherished and built on that Reformation heritage with new insight into pastoral care and personal discipline. In the eighteenth century George Whitefield, Jonathan Edwards and many others renewed churches and sparked church growth by preaching Calvinism and revival. In the nineteenth century Thomas Chalmers in Scotland and Abraham Kuyper in the Netherlands labored to teach Calvinist orthodoxy and promote righteousness and justice in political and economic life. In the early twentieth century Mary Siessor continued her courageous missionary work in Calabar as an extension of her Calvinistic faith.

In every instance Reformed Christianity has flourished and been renewed when Reformed Christians have become enthusiastic about God’s Word and their Calvinistic heritage. As they faced new times, new places and new needs, they recognized that they needed a firm foundation from which to think and act. That foundation was the inerrant Bible as understood in their Reformed tradition. They found their Reformed heritage to be liberating not limiting. They experienced Calvinism as empowering, not passe. They were creative, innovative and active in building out from, not away from. their heritage. They looked back with appreciation, not in anger. They were not conservatives if that means complaining, hand-wringing reactionaries. They were not liberals if that means dumping large elements of our Reformed faith and seeking a new spirituality from other sources. They were Reformed enthusiasts cherishing God’s Word and the Reformed confessions and ministering them in new and timely ways.

James Bratt tells us (in Dutch Calvinism in Modern America) that in 1900 the CRC had 144 congregations and almost 54,000 members. As we rush toward the year 2000 we are about 6 times larger than we were then. We have many more opportunities and resources now than we did then. We are much closer to the American mainstream.

We also face new temptations. Our greatest temptation, I believe, is to lose our Reformed enthusiasm. We need a passionate conviction that Reformed Christianity is what every sinner and every society needs. That passion will reinvigorate our worship services as we long for God and eagerly listen to His Word. It will lead us to sing the Psalms lustily. It will lead us to rest in God on the Sabbath so that we can fulfill our callings throughout the week. It will inspire us to found new Christian institutions as our forebea rs once founded schools and magazines and retirement homes. It will fill us with compassion to reach out to the lost and hurting as Christ has reached out to us.

We are in danger of losing our foundation. Too many of us are seeking our religious inspiration from alien sources. American pragmatism, charismatic praise, high-church liturgics, and theological liberalism are just some of the growing influences among us. Before we can evaluate and learn hom these other sources, we need to know our Reformed heritage thoroughly. The more we study it the more we will be amazed by its richness and depth. The more we know the more enthusiastic we will be about being Reformed.

Abraham Kuyper’s experience demonstrates our need of this Reformed enthusiasm so clearly. As a university student he embraced theological liberalism. but in his first pastorate he came in contact with living Reformed faith and piety among some of the simple folk of his congregation. That contact led to his own conversion and an explosion of faithful service for Christ. With the help of others he became a founder of a Reformed university. an editor of newspapers, a renewer of a political party, a founder of a new denomination and a prime minister of the Netherlands. His strength came from God as Kuyper knew Him through the Calvinism he had learned. Kuyper found God and in his Reformed enthusiasm shook up the Netherlands.

Being Reformed is not a matter of taste, style or ethnicity. To be Reformed is the determination to be faithful to God and His Word in all that we do. In the sixteenth century someone observed. “I would rather face a whole army than one Calvinist convinced that he is doing the will of God.” We need that confidence as Reformed people to do what the Lord wants us to do in the 21st century. “N2ZASM” – does it describe you?

Dr. Godfrey is Professor of Church History at Westminster Seminary in CA.