Late one afternoon in April found me sitting on the front door stoop of our U-shaped flat in Colombo, Ceylon, which housed nine families. I was out to get whatever evening breezes would come my way from the Indian Ocean after an exceptionally hot and humid day. Exactly twenty feet across from me was an identical stoop and beyond it were double front doors such as mine, leading into a living room. The doors stood open invitingly for visitors or wayward breezes. This was the hour for friends to call or for neighbors to exchange pleasantries. This was the hour of idleness for everyone on this equator-fringed island.

Idly I looked into my neighbor’s living room, noticing that Dulcie, the Sinhalese Roman Catholic mistress of the home, had Brushed embroidering the colorful birds on the chair·back set she had been working for some months. They were neatly pulled over the light cane chairs and gave a cozy look to the room. Prema, her nine year-old servant boy, came from the kitchen through the living room carrying a glowing coal in a pair of tongs, the smoke of the coal streaming behind him. I knew what he would do: he would carry the coal up to his mistress’ bedroom, light the coconut oil lamp which stood before a statue of Jesus, and then he would deposit the coal in a brazier to smolder. The burning coal would serve a two-fold purpose: it would light the face of Jesus and the smoke would dispel whatever evil spirit might be lurking around. When the coal had spent itself it would be time for Dulcie’s prayers. 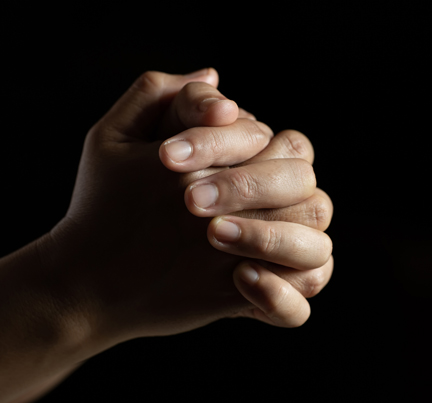 As I was thinking of this a rumbling rhythmic sound came to my ears from next door. The sound gathered in intensity and finally settled into a monotonous chant—the chant of Dr. Ishrat, a Mohammedan professor of Persian languages. Something important must be coming off this evening for the professor, I thought to myself, for why should they he saying their prayers so early? Faintly I could hear Sufara, the professor’s wife, splashing in the back bathroom. I could visualize pails and pails of water pouring over her head and the thought made me smile. I had tried it once but never again! I was just a soft Westerner. Just that morning Sufara had knocked at my door and had asked for a Bible. I had given her one to keep and I had also given her a Child’s Story Bible. She had been reading all day, I knew, for it had been so strangely quiet next door. The chanting stopped abruptly and a moment later the three men were off in Dr. lshrat’s little English car. So, it was an important meeting!

The roar of the car had hardly quieted down when I heard the shrill voice of Rani, my Tamil Hindu neigh. bar, upbraiding her worthless and bewildered servant girl. Ah yes, to train a simple country servant in the ways of complicated city living was a trial—for both servant and mistress. Rani was my helpful neighbor, always giving me ideas on how to prepare the native foods. A door opened and closed again quietly at one end of the Hat and Lela, my Buddhist neighbor, walked towards me. “No one is having visitors this evening,” she beamed, “so you can tell us more about America.” As though her words were a signal my neighbors came one by one to my stoop. Sufara, the last one, came down her cement stairs, flip-flapping her sandals smartly on each step. “I’ve been reading your Bible Story book all day,” she confessed as she came out of her door, “and I think it is wonderful that we both believe in the same God, your Jehovah, whom we call Allah.” I looked at her in astonishment and immediately asked. “But do you believe in Jesus, his Son?” “A fine teacher he was,” liberally granted Sufam. Lela broke in impatiently, “We want to hear about America!”

My neighbors never tired of hearing about my country. All had been well educated but they knew far more about Europe than America. They kept me busy answering their questions. Then Sufara asked in wonderment, “But how could you leave your parents and your relatives and friends and come way over here to strangers?”

To an Oriental this is almost un· thinkable as family ties are so strongly knit, especially in a Mohammedan household. When a girl marries she often takes along a younger sister or two to keep her company should she move from her parental home as little as fifty miles away.

Simply I told them that we were constrained to come to bring the good news of the Gospel of Christ for sinners—the peace to be found in Christ and the promise of salvation for those who believe. I did not have to tell them; they had heard the reason before and I knew what they were thinking: How foolish was this American, for did not all religions lead to God?

Then I told them of the word I had received that very day from America—the sad news that a member of my family had been sent to the hospital for a serious operation. They looked at me, shocked and amazed that I should be sitting there talking to them after receiving such sad news. Their brown eyes softened with sympathy and Sufara’s gentle eyes glistened with tears.

After their kindly eyes turned toward me a blanket of stillness dropped on us; the birds had stopped their cawing and arguing. We became aware that from horizon to horizon the world stood still, bathed in a golden peach glow. The few bushes around us became punctuated. each leaf turning greener, the flowers growing brighter. Long iron shadows supported the coconut trees whose every leaf was sculptured. A sudden clarity suffused all nature; even the loose sand under our feet became clearly defined. It was as though the world and the atmosphere that enclosed it were divorced from each other. It was a rare glow that came only at this time of year and only after a particularly hot day.

It grew darker; things lost their shape. Softened, they merged into a mauve greyness tipped with fire. Another night had nearly come. The approaching darkness became palpable, something alive that crept toward us. The peace of the dying day was interrupted by the ringing of bells, the first of many calls to prayer coming from the Mohammedan mosque close by. At the same time could be heard. the steady uneven beat of the drums coming from the Buddhist temple in the next lane. A ceremony was going on and we all knew the drums would beat until dawn.

Slowly, Sufara arose from the stoop, turned her eyes to me and said, “It is time for prayers now; I’ll remember you in my prayers…. I knew she would go to her bedroom, stand before the north wall, lift her eyes to Mecca and intercede with Allah for me. Her prayer would be an active one. She would throw herself on the floor, then get up again, genuflecting steadily before the north wall.

Dulcie arose with a bounce, gave me a smile and said, “My prayers must also be said, and I’ll pray God to make your loved. one better.” She ran to her door across the way, disappeared up the stone steps, and in a few moments I could hear her loud, cheerful voice chanting out her evening prayers, many “hail Marys” interspersing them; and I knew she would not forget to pray for her neighbor as she fingered her beads.

Rani and Lela left together, promising that they too would remember me. Rani stepped into her home, scolding her servant girl anew the moment she entered, but eventually I knew she would pray on my behalf to one of the proper gods among her three hundred plus. Lela quietly opened her door. plucking a temple flower-blossom from the tree at her doorstep as she did so, and as quietly closed the door again. She would perform the prayerless act of placing the blossom on the shelf altar before the golden-robed. Buddha in her home.

As the last of my neighbors disappeared darkness fully settled upon the courtyard. I continued. to sit on my stoop, completely stunned. I felt altogether inadequate and insufficient in the face of the kindliness and sympathy shown me by my neighbors, who right then and there were praying for me to their various gods. It was one of those many times when the truth was brought home to me overwhelmingly that we, as witnesses for Christ, are wholly incapable of ourselves to change the hearts of men, and that he must take over entirely in bringing men unto himself.

Lowering my head into my hands I said my evening prayers, consisting of one sentence: “Dear Christ of God, take over from here and show thy perfect light to my dear neighbors.”

The incident which I have just related teaches a number of lessons, some of which are quite obvious. There is one, however, which the reader might not think of but which deserves special attention. The pagan world, notwithstanding its idolatry and its misery, is not waiting longingly and with open arms for the Gospel, as some Christians imagine and as some missionaries expect before they go to their fields. It is true the pagan worshippers lack the assurance and the joy which the Christian believer has. Yet most of them seem to be completely satisfied with their religion and apparently have no more doubts and fears than many a Christian in the home land.

This is true especially of the Buddhist. He will listen to you politely, agree with everything, telling you it is good, and then conclude by saying: “You have your way, we have ours; it is all the same.” Privately he feels that he is far ahead of you in reaching Nirvana—the state of “no desire.” He tries his best to commit no sin and, if he is fairly successful in his own eyes, he believes that he will be reincarnated into a superior person and have another chance toward more perfection. If he is bad he may turn into a mangy dog in the next life. Our Incarnation he can easily believe as a fact; for the East is full of incarnations—so he believes. So that is no problem to him. But to believe in Christ as God and that he died for sinners is incomprehensible to him.

By and large the heathen are satisfied with their faith. It is only the Holy Spirit who is able, through the Gospel, to make them aware, in the depth of their souls, of a deep need which Jesus Christ alone is able to fill.