From all over the United States and Canada, from 44 nations around the world, by car or bus, by plane or train or ship, 3,200 students came to the University of Illinois during the Christmas holidays for the Fifth International Student Missionary Convention. Sponsored by the Inter-Varsity Christian Fellowship and its affiliates, the Nurses’ Christian Fellowship and Student Foreign Missions Fellowship, the 5-day convention included general sessions, seminars, Bible study groups, personal interviews with the 100 missionaries in attendance, and prayer fellowship. Theme of the convention was “One Lord, One Church, One World.” A Bible exposition of the convention theme was given each morning by Dr. Donald Grey Barnhouse, pastor of the Tenth Presbyterian Church in Philadelphia. This was followed by a series of messages on World Spread of the Gospel and Establishment of the Church” by the Rev. Israel Garcia, Latin American evangelist, and Dr. Kenneth Strachan, General Director of the Latin America Mission. Evening messages were given by Dr. Harold Ockenga, pastor of the Park Street Church of Boston, Dr. Billy Graham, international evangelist, and Dr. Masumi Toyatome, Professor at the International Christian University in Tokyo. The entire group, some 3,500 including many denominations, nations and races, united together in a final New Year’s Eve communion service. On the last evening of the convention some 1,500 students stood to their feet as evidence that they were ready, no matter what the cost, to follow the Lord’s leading and serve him in this country or overseas. The seriousness of this decision was made clear when they were reminded that this was not a pledge or vow to man, but unto God—with the result that one of their number sat down.

In 1948 a student named Jim Elliot attended the Student Missionary Convention at Urbana. At the close of the convention he wrote, “The Lord has done what I wanted him to do this week. I wanted primarily peace about going into pioneer Indian work.” Jim Elliot was one of the five missionaries whose martyrdom in the jungles of Ecuador in 1956 has stirred the Christian Church and caused the world to marvel at five talented, young men of this age who were willing to risk their lives to bring the Gospel to an obscure and savage Indian tribe. Betty Elliot’s two brothers were present at this year’s convention as were students from Hope College. Grand Rapids Junior College. and Calvin College and Seminary. Two hundred international students also attended. 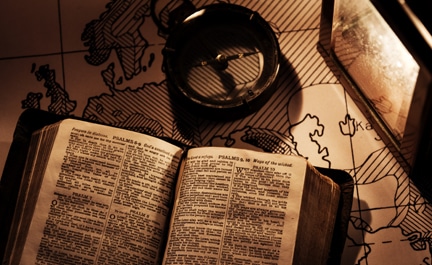 The Inter-Varsity Christian Fellowship and its affiliates, the Nurses’ Christian Fellowship and Student Foreign Missions Fellowship, has spread to colleges and universities and nursing schools in every state of the United States and in Canada. Inter-Varsity is affiliated with the International Fellowship of Evangelical Students, a movement consisting of 17 indigenous, national student fellowships, each maintaining an uncompromising evangelical testimony to the historic Christian faith and each is devoted to student evangelism. Pioneer work is being carried on throughout Latin America, the Caribbean, the Far East, Africa, and some parts of Europe.

Faced with an urgent world situation and the necessity for total missionary mobilization, students and graduates, majoring in every academic, professional, and scientific field, came to Urbana—seeking how they can best serve the Lord. Speakers, discussion leaders, and missionaries came in quiet expectation that the convention would be more than just several days of meetings but rather a meeting of God with the individual student in which he faced up to his responsibility to God and the need for a “full, irrevocable commitment to Christ.” The missionary and his work was presented in terms of his relationship to God, to his fellow Christians, to the people to be evangelized. Such subjects as the language barrier and the indigenous principle of mission work were discussed. Missionary vision was presented as the fruit of true spirituality. Basic to the effectiveness of any missionary service is a daily experience of God’s power in both life and service, which comes from a deep and full consecration to the Lord and a close and regular fellowship with him.

The importance of the convention was felt when Dr. Graham noted, “There is enough potential here to shake the world if you are infused with the power of the Holy Spirit.” The earnestness of students was seen on every hand and those who attended testify to a sense of urgency that permeated the whole convention—the kind of urgency that gripped the early Christian Church with a world-changing passion that spread the Christian religion throughout the then known world in three centuries.

What is the significance of the Urbana Convention for us, with its theme, “One Lord, One Church, One World”? Calvin College and Seminary students participated in meetings and prayer groups with Christians of various denominations, some only babes in Christ. They found they had something to give the others, but they found also that they benefited from the fellowship with these brothers in Christ and deeply felt the unity of faith that characterized the meetings.

We live in a day when godless Communism is demanding of its adherents an obedience unto death. Can we ignore the fact that God calls us as Christians to no less commitment than this: to be crucified with Christ, to be dead to this world, to be willing to lose our lives for the sake of the Gospel? The missionary call, “Ye are my witnesses” is to each and every believer, to the Church as a whole to proclaim the Gospel to every tribe and nation.

Let us pray that evangelical Christianity will find its voice and that the Christian Reformed Church will as-slime whatever leadership it can in meeting the tremendous challenge that faces the Christian Church today. To do this will require spiritual power. Daily communication of the individual Christian with God through prayer and study of the Word is the source of this power.

Speak with the Voice that

And make thy people hear!

Mrs. Lamberts lives in Grand Rapids, Michigan. She is the wife of Austin E. Lamberts, M. D., a member of the LaGrave Avenue Christian Reformed Church, and President of the league of Women Voters of Grand Rapids.