Missionaries at a Christian College

Recently, a college student confronted an administrator of his university to complain about a chapel message that he described as offensive, micro-aggressive, and victimizing. The student protested that the speaker should have issued a “trigger warning” prior to giving such a controversial address.

The topic of the chapel message? Love—from 1 Corinthians 13.

It’s not just a bad joke. This encounter occurred, and it formed the basis for a widely circulated op-ed by Oklahoma Wesleyan’s president entitled “This Is Not a Day Care. It’s a University!”

In a kind yet forthright response to the protesting student, Dr. Everett Piper wrote, “We don’t believe that you have been victimized every time you feel guilty and we don’t issue ‘trigger warnings’ before altar calls.”

Piper’s op-ed struck a chord with a nationwide audience. More and more of today’s universities are concerned primarily with providing “safe spaces” for particular political agendas rather than challenging students with rigorous academics that prepare them to enter the marketplace of ideas. In the name of tolerance, higher education has ceased to tolerate claims to truth. In his 2017 book Not a Day Care: The Devastating Consequences of Abandoning Truth, Piper continues the theme begun in his editorial, offering example after example of colleges that have adopted total relativism and found themselves in absurd situations like the one described above.

Piper’s book is important for Reformed Christians for multiple reasons. First, it offers a broad analysis of the current crisis of higher education—a crisis in which revealed truth is rejected in favor of personal opinion. Second, Piper’s examples demonstrate that nihilistic worldviews and immoral agendas can be just as pervasive at “Christian” institutions as they are at secular ones. At the Catholic university where I am currently pursuing a master’s degree, widescale student protests occurred when the fast-food chain Chick-fil-A planned to open a restaurant on campus—because Chick-fil-A’s executives hold a conservative Christian position on the definition of marriage. It’s hard to imagine protesting a Christian business at a Catholic school, but such confrontations are becoming more and more commonplace. Third, even at institutions that remain committed to the truth and authority of the Scriptures, many students bring a culture of narcissism and relativism to campus with them, even taking offense at Bible-based chapel messages. Piper’s book warns us that fighting for truth in today’s colleges and universities can be an uphill battle.

But there’s also a caution here. Piper’s book can make us angry—angry at imagined culprits like arrogant students, leftist professors, timid administrators, or any number of other targets. Stories like these can tempt us as Christians to throw up our hands in disgust. But anger is a terribly misguided response. Truthfully, we shouldn’t even be surprised. Not a Day Carereminds us that we no longer live in a culture where basic Christian values are taken for granted—and that shouldn’t leave us wringing hands or pointing fingers. Historically, the church of Jesus Christ has thrived in the midst of counter-Christian cultures. In fact, the church tends to be most focused and most faithful when it comes under direct fire. In this case, the growing hostility on college campuses toward orthodox biblical faith is no cause for despair. Rather, it issues a call for a thoughtful and thorough articulation of a Christian view of education. 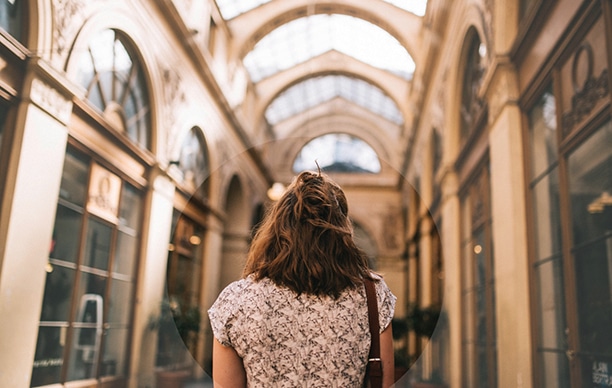 Given Piper’s portrait of the increasing godlessness of higher education, what is the best course of action for parents or students considering college options? The crisis is transpiring across the board, at privateand Christian universities as well as at public ones. Thus, many Christian families opt for a missionary approach. Since believers are called to be salt and light, parents may choose a public education for their children, hoping these young believers can be winsome witnesses to unbelieving friends and classmates.

The basic premise is sound: Christian young people can bear fruit for Christ in any kind of ground, including the rocky soil of secular schools and universities. Unfortunately, however, seedling faith can also choke amid the thorns and thistles of a hostile learning environment. Piper returns again and again to Richard Weaver’s classic phrase: “Ideas have consequences,” and a campus permeated with secular ideas is bound to breed secularism in its graduates. Of course there are exceptions; of course Christ calls us to serve him in a variety of settings. But Piper warns students and parents to choose a college carefully.

Consider another possible response to the crisis of higher education. What if going to a Christian college might serve to evangelize an unbelieving culture—perhaps even more powerfully than attending a secular school? Might an intentional and sacrificial attitude toward Reformed higher education itself display our willingness to be salt and light to a watching world? Is it possible for a truly Reformed college to enter the cultural conversation by testifying at key points to Christ’s lordship over all areas of faith and life? I’d like to propose four specific ways in which a thoughtful approach to Reformed higher education provides affirmative answers to these questions.

Some Christian colleges require incoming freshmen to sign a statement of faith. Some do not. In either case, any Christian university will include a certain number of students who have not personally grappled with the saving claims of Christ upon their lives. Maybe they chose a Christian school only because their parents insisted on it. Maybe they chose it not because of its faith commitment but because of its location or academic programs. Christian colleges need to be honest with themselves: Not every student is a believer.

This fact alone represents a tremendous missionary calling for Christian higher education. A Reformed college possesses a twofold mission: to confront each of its students with the message of the gospel, and to nurture the existing faith of the covenant children who have been entrusted to its care. Geneva College, for example, requires no statement of faith from freshmen—yet I’ve heard story after story of Geneva students who repented and came to faith during their time in a committed and Christ-centered academic community. Today, some of those alumni have returned to the college as professors to share the gospel with a new generation of learners. The message of the gospel must be at the heart of a Reformed college.

Conversing Freely with a Variety of Ideas

When confronted by conflicting worldviews, Christians can easily favor retreat. It’s appealing to find a group of friends and erect a barricade against the deceitful influences of the unbelieving world. Churches, communities, and even colleges can function as bubbles, preferring to insulate their members rather than risk exposure to the world’s contamination.

This would be an appropriate response if we feared that a biblical worldview might cave under the pressure of competing ideas. But God’s truth is never on the defensive. His Word is a lamp unto our feet and a light unto our path. Not only does it maintain its veracity in contrast to the world’s transient philosophies, but also it provides an eternal context for all human scholarship. Christians might cringe at the names of Marx, Darwin, Nietzsche, or Freud. But what better place could there be to read and interact with the ideas of these thinkers than at a Reformed college—one that takes the authority of God’s Word seriously? Christian colleges are places to read widely and learn widely, as we discern the spirits to see whether they are of God. As we study, we keep what accords with sound doctrine and discard what is deceitful. In either case, we grow in wisdom and understanding along the way.

Confessing Before the World

On an institutional level, Christian colleges testify to the coming kingdom of God. Sometimes this testimony comes at a cost. In recent years, some Christian colleges have already displayed their sacrificial commitment to the Scriptures by disobeying government directives such as requiring abortifacient coverage for employees. As our culture drifts farther and farther from biblical norms, Christian colleges will be faced with an increasing number of difficult choices—and when they honor the Lord in the midst of adversity, they will stand as cities on a hill glorifying their Father in heaven.

On a personal level, Christian colleges equip their graduates to serve as messengers of God’s kingdom. A university with a serious and definite commitment to the tenets of historic Christianity should produce distinctively Christian patterns of thought and action among its graduates that leave a lasting impression on a watching world. A Reformed college’s primary purpose is not to train individuals to be pastors or missionaries. Its purpose is to equip every student to go forth—into a cubicle, a boardroom, a sidewalk, or a stage—to be an ambassador and evangelist for the kingdom of God.

As we have already seen, Christian universities can fail by denying the faith outright and adopting the anti-Christian sentiments of society. However, Christian universities are in an even more dangerous situation when they preserve a veneer of faith while concealing sin and trouble inside. Like churches, faith-based colleges can feel pressure to be perfect places. Unfortunately, this pressure can turn an institution of higher learning into a moralistic and hypocritical environment in which students and faculty alike are unable to come to grips with the reality of sin and evil.

College campuses are not utopias where life goes smoothly and everyone magically gets along. They, too, are places of brokenness, where the roots of sin and death run deep. But if you want to witness the true difference between a Christian college and a secular university, watch their first reactions when crisis or tragedy strikes. The secular university will act to preserve its reputation. The Christian university will act to run to Christ—in honesty, in mourning, in sorrow, in prayer. During my sophomore year at Geneva, a student died tragically on campus. That week, I saw proof that Christ was at the heart of my college. Christian colleges are not immune to brokenness; the difference ought to be their honesty about it.

And that, Piper reflects, is at the heart of our current crisis in higher education: our failure to admit the problem of sin. The coddling and politicizing that occur on so many campuses today reflect our denial of the effects of the Fall. When we say that we have no sin, we only deceive ourselves. “When you acknowledge that sin is real and the world is full of evil, you realize it is impossible to enact ‘safe spaces’ around our children and achieve a world where no one is ever offended and every individual person’s ‘trigger warnings’ are considered,” writes Piper. This crooked and confused age needs Christians and Christian colleges that are honest about truth—honest about the effects of the Fall in their own lives but also honest in faithfully proclaiming the good news of the gospel to the ends of the earth.

Mr. Michael R. Kearney  is a graduate student and research assistant in the Department of Communication and Rhetorical Studies at Duquesne University in Pittsburgh. He is a member of Covenant Fellowship Reformed Presbyterian Church (RPCNA) in Wilkinsburg, PA.

Piper, E. (2015, November). This is not a day care. It’s a university! Oklahoma Wesleyan University. Retrieved from https://www.okwu.edu/blog/2015/11/this-is-not-a-day-care-its-a-university/