(The following is the text of Cornelis P. Venema’s inaugural address as the first president of Mid-America Reformed Seminary, September 27, 2001. This is the second part of the address. In the first part, Dr. Venema emphasized that Mid-America as a seminary is an academy, a school.)

An Academy That Honors Scripture and Confession

One reason the emphasis upon the seminary as an academic institution is challenged is that, when this is all a seminary seeks to be, it does not serve the church. When I speak of the seminary as an academy, however, I do not mean to separate it in any inappropriate manner from the church. A seminary, unlike a theological faculty in a university setting or a school of religious studies at a state institution of higher learning, exists for the benefit of the church. Though it must be a place where serious theological study occurs, in the best tradition of Christian scholarship, employing the texts and theological writings of the Christian tradition and church, its mission is to serve the churches by preparing her students for the ministry. Lest my emphasis upon the seminary as an academy be misunderstood, then, let me mention those characteristics of its academic work that are essential to its fruitfulness in serving the church. These characteristics are a necessary antidote to the scourge of seminaries, which as academies serve to undermine rather than bolster the ministry of the Word of God in the churches.

Biblical in Its Basis

First of all, the discipline of theology in the seminary as an academy must be thoroughly biblical in its foundations and content. The science of theology, when it is pursued upon any other basis than an unswerving commitment to the inspiration, authority and infallibility of the Word of God inscripturated in the canon of the Old and New Testaments, can only degenerate into “talking about man in a loud voice” (to use a quaint expression of Karl Barth in his criticism of Protestant liberalism). Seminary education that does not spring from an uncompromising respect for and devotion to the Holy Spirit’s speaking in the text of Scripture is of little or no use to the church. Unless the Word of God in Scripture is regarded as the source and standard for the theology and the preaching of the church, seminaries, and the pulpits that reflect their teaching, can only echo the culture and society of the present day. Indeed, theological education that does not “believe without a doubt all things contained” in the Scriptures (Belgic Confession) can only harm the church.

This was brought home to me recently, when I read in the Chicago Tribune a report about the debate within the PCUSA over the issue of the ordination of practicing homosexuals. The report noted that, recently, 33 of 58 Bible professors at Presbyterian seminaries had signed a statement advocating a lift in a ban upon this practice. One of their spokesmen, a professor at Princeton Theological Seminary, was quoted to say, “they [biblical texts condemning homosexual practice] are words out of a particular context. Our context is so significantly different that I don’t think the words are any longer living, but dead words if we try to teach them without contextually understanding them.”1 So much for the idea that the grass withers, the flower fades, but the Word of the Lord lives forever (Isa. 40:8)! Or that the Word of God is “living, and active, and more powerful than any two-edged sword” (Heb. 4:12)! 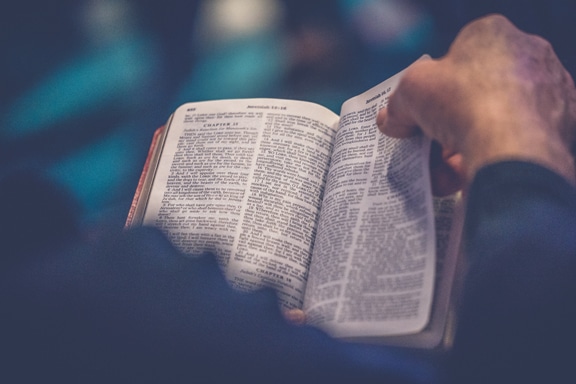 Unless a seminary builds upon the solid foundation of the vitality and truth of the Word of God, it can only become like that house built upon sand of which Christ speaks in Luke 6:43–49. The flood tides of the present culture will undoubtedly overwhelm it.

Confessional in Its Commitment

Moreover, theological study in a Reformed seminary must be confessional. Contrary to the now generally discredited notion of dispassionate inquiry, which is warranted by universally accessible and incorrigible first principles of reason, the academic work of a Reformed seminary must be carried out in self-conscious submission to the great confessional symbols of the Christian faith.

One of the unfortunate tendencies of some Protestant views of sola Scriptura is that they often encourage a kind of biblicism. “No creed but Christ” means, in effect, that I need not bother with the great traditions of biblical study and theological scholarship of the one, holy, catholic and apostolic church. I can contentedly approach the text of Scripture, as though I did so without the company of a great cloud of witnesses who have gone before me. There is a kind of craving for the “contemporary” today that inevitably produces a faddishness. When he witnessed this phenomenon in the middle of the last century, C. S. Lewis quipped, “fashions come and go, but mostly they go.” Os Guinness terms this the “Generation Hex”: the penchant to label generations (“Baby busters,” “The New Lost Generation,” “Twentysomethings,” “Generation X,” “13ers” [13th generation since Benjamin Franklin!]), as though there were periodic seismic shifts in the makeup of people requiring a new approach to effective communication with them. How often have we not read articles or books calling for a radical change in the message and medium of the church. New times demand, so it is said, a new and more fashionable gospel. Invariably, these calls are rooted in the conviction that the historic confessions of the Christian church no longer serve as an adequate basis for the ministry of the gospel today.

Mid-America Reformed Seminary, however, if it is to be an academy that serves the church, must engage the study of theology in a “collegial” spirit, in concert with others who have gone before or who are contemporary with us. As a school that subscribes to the great confessions of the continental Reformed churches (the Belgic Confession, the Heidelberg Catechism, and the Canons of Dort) and the British isles (the Westminster Confession of Faith), we stand in a rich and catholic tradition. This means that we are obliged to embrace the fullness of the Reformed faith. We may not succumb to the parochial spirit of those who would oppose these Reformed confessions to each other. Rather, we have the blessed opportunity in God’s providence to serve students who represent the full range of the Reformed and Presbyterian family of churches, whose confessions we share and to which we commonly subscribe.

Catholic in its reach

Because it is biblical and confessional, the training of a Reformed academy will also be catholic in its reach. Herman Bavinck, in his address on “The catholicity of Christianity and the Church,” defined catholicity as follows:

The catholicity of the church, as the Scriptures portray it for us and the early churches exemplify it for us, is breathtaking in its beauty. Whoever becomes enclosed in the narrow circle of a small church or conventicle, does not know it and has never experienced its power and comfort. Such a person shortchanges the love of the Father, the grace of the Son, and the fellowship of the Spirit and incurs a loss of spiritual treasures that cannot be made good by meditation or devotion. Such a person will have an impoverished soul. By contrast, whoever is able to see beyond this to the countless multitudes who have been purchased by the blood of Christ from every nation and people and age, whoever experiences the powerful strengthening of faith, the wondrous comfort in times of suffering to know that unity with the whole church militant that has been gathered out of the whole human race from the beginning to the end of the world, such a person can never be narrow-minded and narrow-hearted.2

When we confess “one, holy, catholic, and apostolic church,” we are committing ourselves to embrace the whole of what properly belongs to the church, excluding nothing that ought to be included (and, of course, including nothing that ought to be excluded). This has profound implications for the service of Mid-America Reformed Seminary on behalf of the church. The seminary as an academy may not neglect the wisdom of the past for the passing whims of the present. Before students are asked to read contemporary theologians, they need to become conversant with the great theological literature of the catholic Christian church. Because catholic theological study embraces past, present, and future, it requires balance. It also recognizes the absolute claims of Christ and the gospel upon the whole of life within God’s creation and all areas of Christian scholarship. Conversely, theological study that is characterized by a simple-minded repetition of the past, or a studied indifference to the intellectual currents and challenges of the present day, is not catholic in its reach.

I purposefully stress this feature of the confessional commitments of a Reformed seminary because there is today, especially among conservative Reformed communities, the temptation to resort to a kind of “Reformed fundamentalism.” Reformed fundamentalism narrows the reach of the faith to a few key fundamentals. Because there are some critical pressure points at which the faith is under attack, these become the all-consuming focus of attention and interest. The Christian faith, in this context, is reduced to a few key doctrinal fundamentals. Such fundamentalism also forms its position in reaction, rather than in responsible engagement with the best of the Reformed theological tradition. For example, because institutions of higher learning within the Christian community have not always consistently upheld the highest standards of biblically-faithful scholarship, scholarship as such is disparaged. This kind of Reformed fundamentalism does no credit to the gospel, and offers little help to the church in her ministry of the gospel of the kingdom. Reformed fundamentalism is unable to offer an informed alternative to what it rejects. Such fundamentalism can only blow the trumpet of retreat in the face of contemporary challenges. (to be continued)

2Herman Bavinck, “The Catholicity of Christianity and the Church,” trans. John Bolt, in Calvin Theological Journal 27 (1992): 227.