Before I introduce myself I would like to express a word of appreciation to the retiring editors of The Outlook, Rev. and Mrs. Tom Vanden Heuvel. I began serving on the Board of Reformed Fellowship almost ten years ago. At that time Tom and Laurie had been editors for a little over a year.

Back then most of us were struggling with the issues within Christian Reformed Church. The Vanden Heuvels used The Outlook to not only give us a proper perspective on those issues, but to broaden our vision. By getting writers from a variety of backgrounds and a variety of sources, they taught us that there were faithful, reformed people outside of our own denomination. When the time came when we could no longer tolerate some of the Synodical decisions of the CRC, we were not afraid to leave because we knew that the reformed faith was larger than just our own little circle.

Unfortunately, once we left the CRC, two things happened. First, many readers did not take The Outlook with them because they saw the magazine as one being written only for the conservative members of the CRC. And second, once we left, we settled down in a variety of denominations and federations, and, once settled, felt we no longer needed The Outlook. Subscriptions began to decline.

In an effort to increase subscriptions the Board proposed a variety of marketing strategies. We took a survey to see who our audience was; we tried different styles, different approaches, even different paper to boost the subscriptions. None of it worked. Subscriptions continued to decline.

Then, in the providence of God, several things happened. The first was that my term as a board member ended. Thankful that I would no longer have to deal with the concerns of the Board, I cheerfully renewed my subscription and enjoyed reading the magazine in my leisure.

The Board was then faced with two options: Either they would have to quit publishing The Outlook or they would have to find a new editor. Taking the declining subscriptions into account, some on the Board felt that The Outlook had served its purpose, and after fifty years should cease publication. Others felt the magazine could still be used by the Lord in the promotion of the reformed faith.

Somehow, I wound up back in the picture. After meeting with the Board at their January meeting, the Board decided to continue publishing The Outlook. They also approved me as the new editor. I will say from the outset of this endeavor that I do not have the wisdom nor the skills of previous editors. When I read the wisdom of the original writers back in the 1950s; when I look at the brilliance of the Rev. Peter De Jong and what he accomplished as editor, and when I recall the leadership the Vanden Heuvels provided, I take this position rather reluctantly. 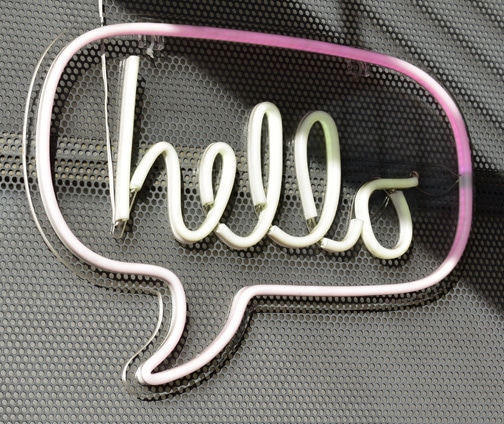 For those who do not know me, I am a farm boy/factory worker that, for some reason, the Lord made into a minister. In the last fifteen years, He has allowed me serve His people in three different churches – one in Iowa and two in Michigan. I am married with four children, ranging in age from thirteen to three.

As far as experience in the field of editing and journalism, I have none. My hope is that, like another famous “W”, I can gather learned and able people around me who will make the magazine [and me] look good.

My vision for The Outlook is to provide original articles that focus on the conservative reformed churches within the United States and Canada. I would like to see the magazine promote the reformed faith on different levels. To accomplish the first part of this vision I will try to get a variety of writers from various denominations and federations. To achieve the second part, The Outlook will feature articles that will try to appeal to all ages and to a variety of educational levels.

We will have a page for teenagers which will highlight conventions, offer Bible studies, and give young people and young peoples’ leaders something to read. There will be a monthly meditation. Those meditations will begin with monthly articles on the fruits of the Spirit. We will look back over the years and glean tidbits of wisdom from earlier issues—each month covering a year of The Torch and Trumpet and later The Outlook. I am delighted that Dr. Venema has indicated that he will continue to write for The Outlook and continue to look forward to his thought provoking articles.

The Board and I believe that The Outlook has a marvelous potential for being the magazine you love to read. I covet your prayers as we begin this journey together.