A question that is on the lips of people today everywhere in the world is this: Will man succeed in reaching the moon; and if he does, will he make it possible for himself to remain for some time or indefinitely on its atmosphere-less surface?

Perhaps there is no one who has a sure answer to that question. Personally we doubt its possibility. There are scientists who question the possibility of such a venture in space conquest. 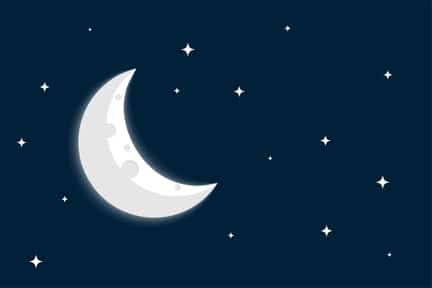 There is a related question which few seem to be asking but which the Christian should not fail to ask. Does man have the right to take possession of the moon or any other planet, assuming that he could succeed in doing so? His ability to subdue it would not prove his right to do so. For example the fact that man is on earth and employs its treasures for his own welfare and benefit is no proof of his right to do this. He is not the creator of this earth; and he can establish his ownership only if he can prove that the God who made it gave it to him to own and develop it.

This proof is given in Scripture. We are taught in Genesis 1:26–30 that God gave man, whom he made in his own image, dominion over the earth, over fish and birds and cattle and over every creeping thing. He has given us the right to “subdue” it and appropriate all it contains for our own use. We read in Psalm 115: “The heavens arc the heavens of Jehovah; but the earth hath he given to the children of men.” The word “heavens” means the whole universe with the exception of the planet on which we live. Only the latter was given to mankind.

Not long ago it was stated in the Grand Rapids Press that the term “earth,” as used in Scripture, is not to be taken “in a restrictive sense” and that man is “vicegerent not only of the earth, but even the suns were made to serve him.” As to the former of the two statements, there is no proof for it in Scripture. The word “earth,” as used in the Bible, always means the planet on which we live, or one of its regions, or the dry land, or sometimes the inhabitants of this world—never anything above and beyond this world. Those who wish to check on this may consult The Westminster Dictionary of the Bible by John D. Davis (Revised and Rewritten), page 144. Those who know something about Hebrew and Greek will find our statement corroborated by consulting Gesenius’ Hebrew and Chaldee Lexicon on the meaning of the Hebrew word for “earth” and Thayer’s Greek English Lexicon of the New Testament, Cremer’s BiblicoTheological Lexicon of New Testament Greek, or Girdlestoflc’s Old Testament Synonyms, on the proper rendering of the Greek words for “earth.”

As to the second statement quoted above, it is true of course that sun, moon, and stars were made to serve man but this does not prove that man is God’s vicegerent of the heavenly bodies as well as the earth. A “vicegerent” is one who is “authorized to exercise the power of another.” Man is God’s vicegerent here on earth; but he has neither the commission nor the ability to rule the heavens or any of the heavenly bodies under God.

We know there are some Bible students who hold to that fanciful idea but we do not know of any proof for it in Scripture. Psalm 8 does not prove it. There we read about man: “Thou makest him to have dominion over the works of thy hands; thou hast put all things under his feet: all sheep and oxen, yea, and the beasts of the field, the birds of the heavens, and the fish of the sea . . . .” What the Psalmist means by “all things” is clear from the specifications that follow, in which only things of earth are mentioned. Of course, we would include in the term “earth” the atmosphere that surrounds it and without which life on earth would be impossible. Our position does not at all imply therefore that air-travel is forbidden by Scripture!

Some quote Hebrews 2, where Psalm 8 is quoted, to support their contention that man has or ultimately will have the rule over the entire universe. We ask the reader to study this passage (vs. 5–9). We feel confident he will agree that there is no suggestion here that man, ordinary man, is God’s vicegerent over the universe.

The writer of Hebrews applies what is said in Psalm 8 to Him who is preeminently the Son of man. Led by the Spirit, he saw in Psalm 8 not only a statement about mankind but also a prophecy concerning the exaltation of Christ. The words: “Thou didst put all things under his feet” are applied only to the Christ, as is evident from verses 8, 9: “Thou didst put all things in subjection under his feet. For in that he subjected all things unto him, be left nothing that is not subject unto him. But now we see not yet all things subjected unto him. But we behold him who hath been made a little lower than the angels, EVEN JESUS, because of the suffering of death, crowned with glory and honor….”

Is the subject an important one? We believe it is. We hold not only that man’s attempt to inhabit the moon, or even Mars, will end in disaster but that it is contrary to the will of God. The little scientific benefit which might accrue from reaching and possessing another planet—if this is possible—cannot outweigh the withdrawal of the tremendous energy and the fabulous sums which this would require from the betterment of conditions on this earth. What a mess man is making of the world in which he lives. Let him concentrate on the alleviation of hunger in lands like India on the conquest of disease, and the promotion of the cause of peace and justice among men.

What we have said does not imply that we are indifferent to the efforts of scientists to learn more about the vast universe of which this earth is a part, and its spiritual center as well. We believe it is God who gives man the impulse to study the heavenly bodies. Astronomy is one of the earliest of our natural sciences. It has great practical value for mankind and it discloses the infinite power and wisdom of “God the Father, Almighty, Maker of heaven and earth.” We also believe that when God renews the heavens and the earth and glorifies redeemed man, it will be possible for mankind to explore the universe much more fully than can be done today.

Man, made in the image of God, should aspire to see God in all his mighty works. But God remains the King of the universe. It is only when man, in his deepest thoughts, imagines himself to be God that he aspires to ruling the heavens. How God will laugh at his folly!