“Love is a good word with commendable and ancient history that is perilously close to its last hour in our times. “Love” as a word received its highest meaning as a consequence of God the Father’s offering of his Son to satisfy divine justice on Calvary. The reflection of this love was found in the early Christian Church as a natural response of the people of God to their Redeemer and as a bond among those for whom Christ had died. This “love” has never died out in the Church, and we believe that it never will; but never before did a word stand in graver danger than this word does today.

The problem has a relative simplicity. Moderns persist in calling feelings and deeds that arc not love by the name of love, while sentiment, a good old word too that ought to be reserved for Dickens’ novels, has gone sailing under the flag of love. But this will not do. By saying “love” and meaning “sentiment” one will not ennoble sentiment; one will only damage the understanding of love.The word “sentiment” has been around for a long time: Rousseau and his followers worked overtime spreading it, in literature and education. But never, until our times, has the word “sentiment” come so close to identification with the word “love” in the thinking of professing Christian people.

This confusion evidences itself in several directions. Christians often feel that love is above the moral law. This almost reduces itself to the coarse proposition: “I may do anything as long as I have warm feelings and a smile on my face.” The woman taken in adultery is offered in final proof of this sentimental approach to love. Emil Brunner, with more refinement, supports the idea that love is superior to justice. “He holds that complete justice is in itself a contradiction and that love, although it must pass through formal justice, nevertheless does abrogate the latter.”1

Christians often have the opinion that love will not frankly disagree. No sin seems to exceed the breaking of sentiment’s commandment: “Thou shalt cooperate at all costs.” Now, disagreement and an uncooperative spirit are not to be cultivated as ends in themselves, hut there are times when the godly man must say, “Here I stand. I can do no other. God help me!”

Current also is the idea that love is never angry. A man who acts in anger cannot act in love is received as truth. But how does this conform to the picture in Scripture of meek Moses breaking the tables of the law in indignation over the idolatry of Israel? How does this conform to Peter’s denunciation of Simon for trying to buy the Holy Spirit? Paul condemned the wicked Elymas in the strongest possible language. And these were men filled with the Holy Spirit. 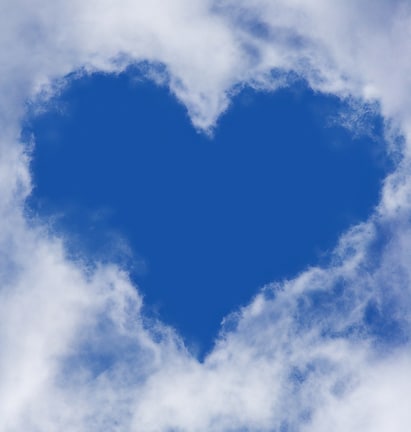 Even the current artists’ conceptions of Jesus reflect the same can· fusion of sentiment and love. The Jesus of the paintings appears almost effeminate, kindly, and weak. Such a picture surely cannot be drawn from the Gospels! Jesus, who cleansed the temple and denounced the Pharisees and lawyers with burning fervor, said he came not to give peace but a sword.

Contemporary preaching largely speaks with the same soft voice. Guilt defined as the breaking of God’s law and meriting the wrath of God has few spokesmen. Guilt has been narrowed merely to a bad conscience and has little relation to the flaming holiness of God. Hell too has withdrawn into the background, becoming one of the unmentionables of modern theology. The prophets of sentiment are expected to come in soft clothing, reeds bending easily before every wind of opinion, super-salesmen, winning friends and influencing people by gentle tact.

Such is not love. Love comes often in rough clothing, eating locusts and honey, denouncing men who take other men’s wives. Love is willing to wound that it may heal. It speaks of the dangers to the soul and to the church. It knows how to hate evil. It warns of the wrath of God upon sin. This love believeth all things, but is not blind. This love is altogether kind, but does not set aside the law of God. This love is truly meek, but does not set aside truth. This love is ardent in its devotion to God and sacrificial in its concern for man, but it has no kinship with soft sentiment.

The fulness of this love was manifest at Calvary, where God sent his Son to die for his sheep, to satisfy the demands of his own holiness and justice. “Mercy and truth are met together; righteousness and peace have kissed each other” (Psalm 85:10). Here love is defined in terms of exact justice and truth. God in Christ propitiated his own wrath against our sin. “Herein is love, not that we loved God, but that he loved us, and sent his Son to be a propitiation for our sins” (I John 4:10). If the word “love” is to survive with its own unique meaning as full devotion within the bounds of intelligence, law, and truth, then men must be alert to guard it from confusion with that other word—“sentiment.” Heed the warning of B. B. Warfield: “The religious terrain is full of the graves of good words which have died from lack of care they stand as close in it as do the graves today in the flats of Flanders or among the hills of northern France.” Let us not therefore assist at the deathbed of “love” by administering large dosages of noxious “sentiment.” Let us rather apply the healing power of truth to this ailing word.