When I write now and then about some aspects of the ministry (including ministers), then I have in mind especially the United Reformed Churches. Not only because I am a minister (emeritus) in that federation, but also because we are a young federation with all the attendant weaknesses and problems. One could say that for these churches the honeymoon is over. Now we are facing the realties of ecclesiastical life. In the past decade or so there was a certain excitement about a new beginning, and that was appropriate. The battles were over and that was a relief. We had (and have) reason for thanksgiving. It was God’s good hand over us.

But sin and weaknesses came with us. We were not and are not a perfect church by any stretch of the imagination. Old sins cleave to us and we cannot rest on our laurels. There is no reason for pride, thinking that we are better than others. Pride comes before a fall. May God keep us from that. May He be our guide even to the end (Ps. 48:14)

Let me be a bit more pointed. We now have two congregations whose ministers have been severed from their churches. We also have number of very small congregations where there is strife and discord. That does not attract other members or families. The fact of the matter is that if things do not improve, these small churches will not be viable.

These are not nice thing to write about. They make me very sad. But we cannot deny reality. We must face up to these problems, and be much in prayer for our federation There are many good things for which we should give thanks, but many little foxes can destroy the vineyard. Paul admonishes the Ephesian elders to give heed to themselves and to the flock over which the Holy Spirit has made them overseers (Acts 20:28). But that is not only the task of elders. The entire congregation must exercise mutual admonition. In the words of Hebrews: “Let us consider how we may spur one another on toward love and good deeds, . . . and let us encourage one another and all the more as you see the Day approaching (10:23, 25). 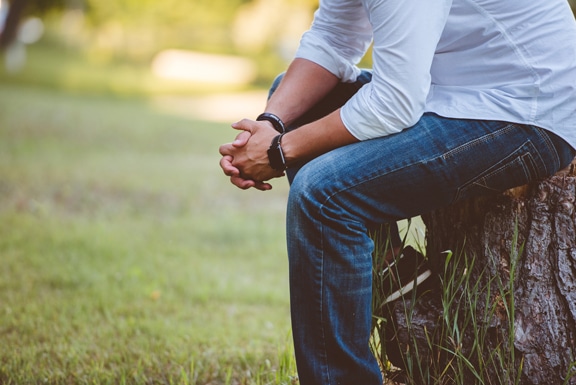 Elsewhere I have given a bit of advice for young ministers. But since so much of the weal or woe of a congregation depends on the minister I want to say a few more things about the minister and his ministry. First a word or two about the call to the ministry. I quote from Lloyd Jones (Preaching & Preachers): It was Mr. Spurgeon, I believe who used to say to young men – if you can do anything else do it. If youcan stay out of the ministry, then stay out of the ministry.’ I would certainly say that without any hesitation whatsoever. I would say that the only man who is called to preach is the man who cannot do anything else, in the sense that he is not satisfied with anything else. This call to preach is so put upon him, and such pressure comes to bear upon him that he says, ‘I can do nothing else, I must preach.’

There is and has been much talk about the calling to the ministry. Much of it is very subjective in nature, and has done untold harm to the church. Men have gone into the ministry because their mothers have pushed them into that direction. I have known men who have gone through a crisis (personal, family, etc.) and then promised God that if He would see them through this crisis, they would enter the ministry. The results have often been tragic. There have also been recent converts who felt that they could only serve God in the ministry (“full-time” kingdom work). Listen to Jones again:

Let me put it like this – and I am speaking from personal experience. You are certain of the call when you are unable to keep it back and to resist it. You try your utmost to do so. You say, ‘No, I shall go on with what I am doing; I am able to do it and it is good work.’You do your utmost to push back and to rid yourself of this disturbance in your spirit which comes in these various ways. But you reach the pulpit when you can not do so any longer.

A man does not appoint himself. He is not put into the ministry merely by the pressure of the Church. The two things go together. Both sides have been neglected. I have known many men who have deceived themselves. I have also known many cases where men have been pushed into the ministry who were never meant to be there, by false teaching on the part of the Church. The two things must go together.

If I can be pardoned a personal note, Jones says he is “speaking from personal experience.’ I can say the same thing: While farming for seven years, I fought against the call to the ministry. I was determined to farm. But I too can say that there came a time when I could no longer resist. And in my 33 years of ministry I never had any doubts where the Lord wanted me. Since He called me, I could count on His blessing. The ministry is only for those “who can do nothing else.”

Rev. Jelle Tuininga is an emeritus pastor in the United Reformed Church living in Lethbridge, Alberta.