Given the many warnings found in the New Testament concerning heresy creeping into the church (Acts 20:28–30; Galatians 1:6; 1 Timothy 4:1–2; 2 Timothy 4:25; 2 Peter 2:1–3; Jude 4), we should not be surprised to find such a warning here among the letters to the seven churches in Revelation. What we have here in these letters to the seven churches, after all, is a composite picture of the church in the world from the time of Christ’s first coming to the time of His return. The warning of Revelation 2:18–29, then, is most appropriate.

The church in the world is under the attacks of the evil one. Satan, that great deceiver, is at pains to deceive the church and to lead her astray. Revelation 12:17 sets the grim reality before us: “The dragon was enraged with the woman, and he went to make war with the rest of her offspring, who keep the commandments of God and have the testimony of Jesus Christ.”

Welcome to your history, dear church of Jesus Christ! Welcome to your story, children of God! You are the target of Satan’s attacks. Knowing that he cannot win the victory over Christ, Satan wants nothing more than to claim the victory over those who bear the name of Christ. Even now Satan is attacking the church; even now Satan is amassing his army. His kingdom grows in strength and number, and the church is not immune from his attacks. We see that clearly in the letter to the church in Thyatira.

The City of Thyatira

Thyatira was located East of Pergamum. Because of its location, peoples from every tribe, tongue, and nation would travel through the city; consequently, Thyatira became a trading city. You might recall Lydia, the first Christian convert in Philippi. She was a seller of purple, and she was from the city of Thyatira. Archeological excavations have revealed the presence of workers in wool, linen, leather, and bronze, potters, bakers, dyers, and slavers. Each of these different trades had its own guild, and each guild had its own guardian god. These guilds required participation in periodic feasts in which they worshiped their guardian god.

You begin to get something of the precarious situation of the Christians in Thyatira. William Hendriksen describes the situation as follows: “If you wish to get ahead in this world, you must belong to a guild; if you belong to a guild, your very membership implies that you worship its god. You will be expected to attend the guild-festivals and to eat food, part of which is offered to the deity, and which you receive on your table as a gift from the god. And then, when the feast ends, and the real – grossly immoral fun begins, you must not walk out unless you desire to become the object of ridicule and persecution!” You see the temptation: if you are not involved in the guilds, you will be ostracized; if you do participate, you will be guilty of denying the Lord. 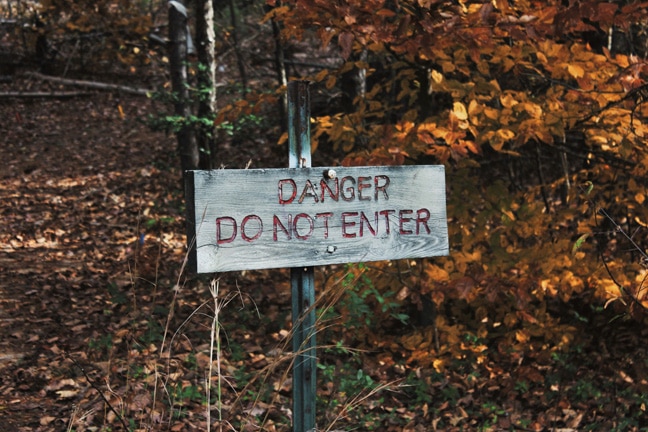 Such was the situation in Thyatira. And though the Lord commends the church in verse 19, “I know your works, love, service, faith, and your patience; and as for your works, the last are more than the first”, He also issues a stern rebuke and warning, verse 20: “Nevertheless I have a few things against you, because you allow that woman Jezebel, who calls herself a prophetess, to teach and seduce My servants to commit sexual immorality and eat things sacrificed to idols.”

Evidently there was a woman in the church of Thyatira who held great influence over the people. She called herself a prophetess. Through her teaching she seduced the members of the church to commit sexual immorality and to eat things sacrificed to idols. This so-called prophetess taught that it was acceptable for the members of the church to compromise and belong to the various trade guilds. She taught that it was acceptable to compromise and participate in the festivals of the guilds. She taught that it was acceptable to compromise and participate in the sexual immorality that inevitably went with such festivals. A little compromise here, a little compromise there, certainly such little compromises cannot hurt the church! How do we know that this is what she was teaching? Consider verse 24, “Now to you I say, and to the rest in Thyatira, as many as do not have this doctrine, who have not known the depths of Satan, as they say, I will put on you no other burden.” Evidently those who held to the doctrine of this woman – this prophetess were saying that it was necessary to know the deep things of Satan. It was necessary to participate in the trade guilds, with all of their immorality and corruption, in order to have an influence in this world. But what is the result of such compromising rationalization? It is not the church that influences the world, it is the world that influences the church; and ever so slowly, the church becomes like the world. It is fitting, then, that Christ would call such a woman “Jezebel.” Remember the Jezebel of old? Her marriage to Ahab was a political marriage; it sealed the alliance between Israel and Tyre. Ahab did not influence Jezebel for good, Jezebel influenced Ahab for evil. She was indeed a powerful figure; she deceived the people of God and led them astray. This is what the so-called proph-etess in Thyatira was doing as well. She was deceiving the people. She was leading them astray. She had become hardened in her sin. She had rationalized her sin. She had justified her participation in the trade guilds, and she sought to impress this heresy upon others as well. The fact that she had become hardened in her sin, is evident from verse 21, “And I gave her time to repent of her sexual immorality, and she did not repent.” How did God give her time to repent? Well, she was a member of the church. She heard the proclamation of God’s Word. She heard the commands to repent and believe. But she would not. Thus Jezebel showed herself for what she was.

And now the rebuke is given to the church, for the church in Thyatira has allowed this woman in their midst; in fact, they have even allowed her to teach and to seduce the flock of God. Christ seeks to open their eyes to the reality of what is going on. For who is this Jezebel, but an agent of Satan, an instrument of hell itself?!

Is it any wonder that Christ’s judgment against the false prophets is so very great?! Look at verses 22–23 of our passage: “Indeed I will cast her into a sickbed, and those who commit adultery with her into great tribulation, unless they repent of their deeds. I will kill her children with death, and all the churches shall know that I am He who searches the minds and hearts. And I will give to each one of you according to your works.”

Christ Himself will come as Judge. That is the significance of the way in which He reveals Himself in verse 18, “These things says the Son of God who has eyes like a flame of fire, and His feet like fine brass.” He will judge. He will cast this Jezebel of Thyatira into a sickbed, along with those who commit adultery with her. He will cast them into great tribulation. He will kill her children.

The judgment upon the world is great; it is even greater upon the false church. But the promise to those who overcome is greater still: “But hold fast what you have till I come. And he who overcomes, and keeps My works until the end, to him I will give power over the nations – ‘He shall rule them with a rod of iron; they shall be dashed to pieces like the potter’s vessels’ – as I also have received from My Father; and I will give him the morning star” (vv. 25–28).

Those who overcome will be given power over the nations. Recall the setting of Thyatira. Peoples from every tribe, tongue and nation traveled through. Now the people of God are told they will have power over all nations – power described in terms of Psalm 2. The nations of the world may have exalted themselves against the throne of God. The agents of Satan may do their best (or worst!) until Christ comes again. But God sits in the heavens and laughs them to scorn! He has authority! And He will rule with a rod of iron! He will dash the wicked to pieces like the potter’s vessel! This is the power that is given to the church of Jesus Christ.

Now, that doesn’t mean that we are to go out and take control of the social and political realms and reestablish the theocracy of Israel of old. Such a view is a fundamental misunderstanding of the nature and purpose of Old Testament Israel. It means, rather, that we live by faith, knowing that Christ sits upon the throne, knowing that He is sovereign over the events of history, knowing that He shall work all things to the consummation, knowing that even though the church may appear small and unimpressive, she is powerful in Christ. For we are given the very power of Christ, and that power is to be exercised, as He exercised it on earth, in meekness and humility.

Furthermore, we are given the morning star. Jesus identifies Himself in 22:16 as the Bright Morning Star. Do you see what He promises His own? Nothing less than conformity to Christ Himself. Though He is King of kings and Lord of lords, He presently rules as a meek and humble Child (cf. Revelation 12:5). Though He is the Lion of the Tribe of Judah, He presently rules as a Lamb that was slain (cf. Revelation 5:5–6). The church, in conformity to Christ, is called to exercise her power in meekness and humility.

The church in the world is under the attacks of Satan, and in constant danger of being led astray. Let us, then, take these words seriously. Let us never underestimate the power or the attacks of the evil one. But let us neither forget our identity: we belong to One who is more powerful, and His name is Jesus Christ! With Him we shall reign forever and ever! In that confidence, let us hold fast what we have till He comes.

May Christ give us ears to hear what the Spirit says to the churches.