When we consider the carnage of war, we begin to understand the statement “War is hell.” While we do not want to limit the horrors of hell to that which is experienced in this world, there is, nevertheless, an element of truth in that statement. The fifth and sixth trumpet blasts of Revelation 9 bring hell and war into close connection. The fifth trumpet sounds, confronting us with the unleashing of the hordes of hell, verses 1–12. The sixth trumpet sounds, confronting us with the horrors of war, verses 13–21.

The setting of the sixth trumpet blast is given in verses 13–15. 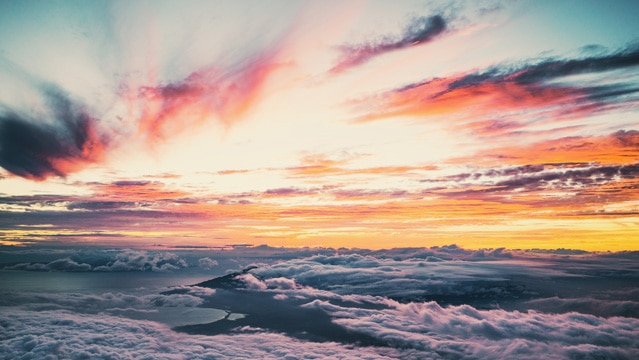 Such large-scale butchery requires a vast army, and it is a vast army set before us here. John sees this mighty army, now released, riding forth, and he is astounded—astounded not by what he sees, for it is too vast to comprehend, but astounded by what he hears, for what he hears is the number of the horsemen. “The number of the army of the horsemen was two hundred million!” Note, that is just the horsemen! The cavalry alone numbers 200,000,000! That is only a small percentage of the army as a whole! This army is great! This army is vast! It is the consummate army!

The sixth trumpet has in view the totality of war from the time of Christ’s first coming to the time of His return. William Hendriksen writes: “The sixth trumpet describes war; not one particular war is indicated, but all wars, past, present, and future.” Here, then, is a composite picture of all wars that have occurred on the face of the earth from the time of Christ’s incarnation, and that will continue to occur until the time of His return: from the Barbarian sack of Rome to the Crusades; from the Hundred Years War between England and France to the Wars of the Ottoman Empire; from St. Bartholomew’s Massacre in France to the Spanish Armada; from the wars of Ivan the Terrible in Russia to the wars of Napoleon; from the American Revolution to the French Revolution; from World War I to World War II; from Mussolini to Stalin; from Hitler to Pol Pot; from Osama bin Laden to Saddam Hussein; and on it goes.

In war we see the depravity of man’s heart. As Hendriksen remarks: “And now the same powers of darkness that carry on the work of destruction in the hearts of men change men into devils, as it were. For in times of war wicked men seem to become incarnate demons.” Such a description seems warranted based on the description of the army given in verses 17-19: “And thus I saw the horses in the vision: those who sat on them had breastplates of fiery red, hyacinth blue, and sulfur yellow; and the heads of the horses were like the heads of lions; and out of their mouths came fire, smoke, and brimstone. By these three plagues a third of mankind was killed—by the fire and the smoke and the brimstone which came out of their mouths. For their power is in their mouth and in their tails; for their tails are like serpents, having heads; and with them they do harm.”

There is a constant emphasis upon that which proceeds from the mouth: out of the mouths of the horses came “fire, smoke, and brimstone” (v. 17). “By these three plagues a third of mankind was killed—by the fire and the smoke and the brimstone which came out of their mouths” (v. 18). “Their power is in their mouth” (v. 19). Why the emphasis upon the mouth? Because with the mouth they deceive! You know the deception that is war! One War was even dubbed “The War to End All Wars”!

Now of course, there are times when war is necessary and just. The government does not bear the sword for nothing. Yet even when it is necessary it is always horrific! Need we look at the statistics again? The victims may be only numbers to us, but each one had a father; each one had a mother; many had wives; many had husbands; many had children. They marched off to war, and never came marching home again… Such is the horror of war: it wipes out a third of mankind.

That this sixth trumpet blast is intended as God’s warning to the world is evident from the result listed in verses 20–21: “But the rest of mankind, who were not killed by these plagues, did not repent of the works of their hands, that they should not worship demons, and idols of gold, silver, brass, stone, and wood, which can neither see nor hear nor walk. And they did not repent of their murders or their sorceries or their sexual immorality or their thefts.”

The Place of Refuge