The book of Revelation is the final book of the Bible, the last book of the Canon, though it has not always been accepted as such. Jerome included it in the Vulgate only after some waffling on the issue of its canonicity. Zwingli, the great reformer, did not accept it as a book of the Bible. Luther said of the book: “My spirit cannot accommodate itself to this book; Christ is neither found in it, nor taught in it.” In fact, in his German translation of the Bible, Luther relegated the book of Revelation to an appendix (not even Luther was right about everything!). 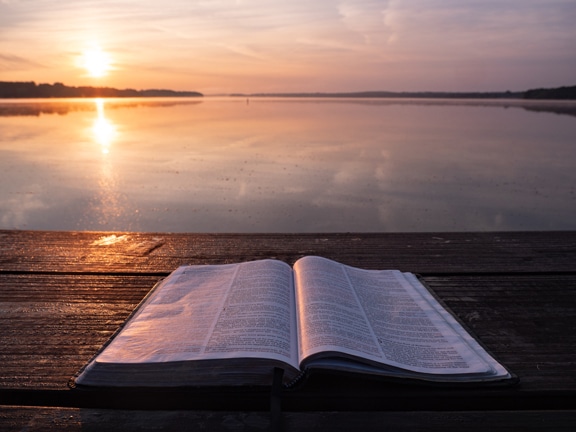 The Holy Spirit inspired author of the book is John, the apostle. He identifies himself as the author no less than five times: three times at the beginning of the book (1:1, 4, 9), twice at the end of the book (21:2; 22:8). Though each identification is significant, we want to consider here John’s self-identification in verse 9: “I, John, both your brother and companion in the tribulation and kingdom and patience of Jesus Christ…” John identifies himself to his readers as their brother, their companion. He is their brother in the tribulation, kingdom, and patience of Jesus Christ.

Certainly John knew what tribulation was all about. We are told in verse 9 that he was on the island of Patmos. Patmos was a small island off the coast of Asia Minor. It was a rocky, volcanic, mostly treeless little island. It was the place to which the Roman Empire sent those prisoners who were deemed to be dangerous to society. It was to Patmos that John was exiled. He was a prisoner. He was in exile. He was familiar with sorrows and acquainted with grief. He knew what tribulation was all about.

Yet in the midst of his tribulation, he rejoiced that he belonged to the kingdom of Christ. You recall that it was John who recorded the words of Jesus’ Upper Room Discourse, where Jesus said, “If the world hates you, you know that it hated Me before it hated you. If you were of this world, the world would love its own. Yet because you are not of the world, but I chose you out of the world, therefore the world hates you. Remember the word that I said to you, ‘A servant is not greater than his master.’ If they persecuted Me, they will also persecute you” (John 15:18–20a)….“These things I have spo-ken to you, that in Me you may have peace. In the world you willhave tribulation; but be of good cheer, I have overcome the world” (John 16:33). What a comfort these words must have been to John as he was in exile on the island of Patmos. Though he found himself in the midst of tribulation, he knew that he belonged to Christ, the One who has overcome the world.

John knew what tribulation was all about; he knew also what it meant to belong to the kingdom of Christ. Because he knew what it was to belong to the kingdom of Christ, he also had patience. He had patience because he knew that nothing could separate him from the love of Christ. Again, recall the words of Christ, which John recorded in John 10:27–29, “My sheep hear My voice, and I know them, and they follow Me. And I give them eternal life, and they shall never perish; neither shall anyone snatch them out of My hand. My Father, who has given them to Me, is greater than all; and no one is able to snatch them out of My Father’s hand.” John had patience because he knew he belonged to Christ.

That means that any interpretation of the book of Revelation that leaves out the church is sorely mistaken. The book of Revelation simply does not give us the picture of a church that is called to withdraw itself into some type of sectarian enclave that comforts itself with millennia dreams, leaving the world to perish in judgment. This book is for the church!

Incidentally, that is why the book is purposely vague in its symbolism. Contrary to what many believe, the book of Revelation is not some cryptic polemic against the Roman Empire. It is purposely vague in its symbolism in order to carry us beyond the specifics. It is a book that is relevant for the first century church, for the sixteenth century church, even for the twenty-first century church. And, should the Lord tarry, it will be relevant for ages to come. This book is written for the church, as she shares in the tribulation, kingdom, and patience of Christ, even as John shared in such things.

The focus of Revelation is not upon John, the focus is on Christ. In thisbook, John decreases even asChrist increases. Like the prophets of old, John was ushered up into the very throne room of God, and there he was shown the true prophet, the final prophet, the last prophet, even the Lord Jesus Christ. In His presence, all things become clear.