The church has already been set before us in this interlude in 11:1–2. There we learned that a measuring is taking place—a measuring not so much for dimensional purposes, but a measuring that effects separa­tion—a measuring between the true church and the false church. John is commanded to measure the temple, the altar, and those who worship there. The temple is the church of Jesus Christ. Here you might re­member Paul’s letters to the Corin­thians and Ephesians, where he calls the church the temple of God, the dwelling place of the Spirit. The altar is the one sacrifice of Jesus Christ on the cross, the means by which we enter into the very pres­ence of God. Here you might re­member the book of Hebrews, where again and the again the once-for-all sacrifice of Jesus Christ is set before us, the author even telling us that we have an al­tar from God, Jesus Christ Himself. Those who worship there are the elect of God, those who have been brought into union with Christ, now bound to God Himself (Ephesians 1).

John must measure the temple, the altar, and those who worship there, but he is commanded to leave the outer court unmeasured. The outer court is given over to the Gentiles, to non-Christians. That outer court is the false church. Its location is significant: the outer court is before the temple, it even surrounds the perimeter of the temple proper. Thus we see something of the nature of those who belong to the false church: they find themselves in the proximity of the temple, in the proximity of the true church, they may even have the appearance of the true church. They have the form of godliness, but know not the power thereof.  How do the wolves come into the church but dressed in sheep’s clothing?

What is it then that ultimately sepa­rates the true church from the false? The answer is simple: the altar—the altar of Christ—His sac­rifice. Here we learn something of the nature of the true church. The true church is made up of those who by God’s sovereign grace—and by God’s sovereign grace alone—cling to the one sacrifice of Jesus Christ. The true church loves the Lord Jesus Christ. She knows no other message than the message of Jesus Christ. She stands upon Scripture alone. She knows no other gospel than the glorious gos­pel of salvation by grace alone through faith alone in Christ alone. She has always before her the great and consummate calling of the glory of God, and of God alone!

We also we see something of the nature of the false church. The false church does not cling to Christ.  She may pay Him lip ser­vice, but He is not the life of that church. She may claim to love Him, but her actions prove that her love lies elsewhere, namely upon man, and because her love lies upon man, her worship follows suit. Her wor­ship is not centered upon the throne. Her worship is centered upon man.  “Give me what I want in worship. Make me feel good. Give me those warm fuzzy feelings.

Give me those spiritual pep talks. Speak to my felt needs. Here I am, entertain me!”  Such is the nature of the false church: she does not worship Christ, for ultimately she does not love Christ.

This measuring is even now taking place. The true church clings to Christ, the false church does not. That is Revelation 11:1-2. Now as we turn to 11:3-4, we have the church set before us once again, albeit under a different heading. Now the church is set before us in terms of the two witnesses. Those two witnesses are described as those who have been given power from on high, those who prophesy for 1260 days, those who are clothed in sackcloth, those who are identified as the two olive trees, and as the two lampstands, standing before the God of all the earth. 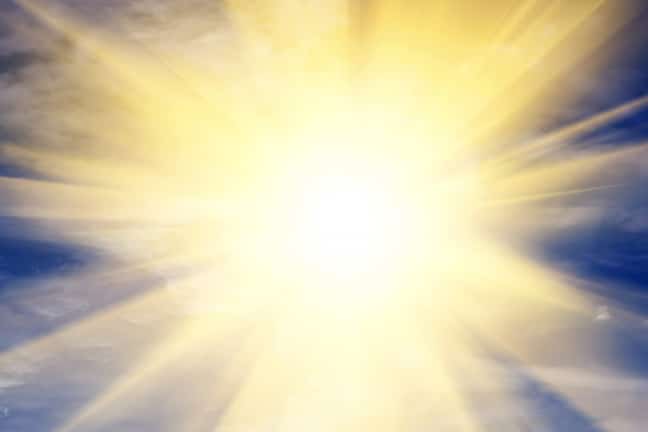 The Two Witnesses in Zechariah 4

If we are to understand Revelation 11, we must understand that its background is found in Zechariah 4, a chapter which is no less enigmatic than Revelation 11 itself. Perhaps the background of Zechariah 4 will help. In the year 538 B.C., Cyrus, king of Persia, had issued the edict that the Jews could return to Jerusa­lem, in order to build once again the temple of God. Many of the Jews left the city of Babylon and returned to Jerusalem and began to build the temple.

In the year 520 B.C., the temple once again began to be rebuilt.  It was in that year that Zechariah began to prophesy, having received a series of night visions from the Lord. This, then, is the background of Zechariah 4: the temple is being rebuilt, but the opposition remains—it is still strong, mighty, and power­ful.

Zechariah is awakened at night, and he sees a vision, a vision of a lampstand of solid gold with a bowl on top, and on the stand seven lamps with seven pipes to the seven lamps; two olive trees are by it, one at the right of the bowl and the other at its left. Understandably, Zechariah does not understand the vision. Three times in this one chapter he asks the question, “What is going on?” “What are these my Lord” (v. 4)? “What are these two olive trees at the right of the lampstand and at its left?” (v. 11)? “What are these two olive branches that drip into the recep­tacles of the two gold pipes from which the golden oil drains” (v. 12)? Zechariah did not understand the vision but the angel revealed it to him.

The Joshua that is in view in Zechariah 4 was a high priest in the line of Aaron. This Joshua was a priest who ministered among the people of God in the days of Zechariah as the temple was being rebuilt. Note that, and note it well: Joshua is a priest.

The two anointed ones that stand beside the Lord of all the earth are Joshua and Zerubbabel: Joshua the priest, Zerubbabel the prince, these are the two anointed ones of the Lord, empowered by the Holy Spirit to carry out the rebuilding of the temple even in the face of great and powerful opposition.

In Zechariah 4:7 the opposition to the building of the temple is repre­sented to us in terms of a moun­tain. This opposition was setting itself up against the great and mighty mountain of the Lord—Mt. Zion itself—that mountain upon which the temple was being rebuilt! Over against this great, powerful, and mountain-like oppo­sition, the rebuilding of the temple seemed impossible. And yet Zechariah was assured that this great mountain-like opposition would be leveled and brought low. The temple will be rebuilt! Zerubbabel will lay the capstone with shouts—shouts of “Grace! Grace to it!” It may seem a small thing; it may seem insignificant in the face of the great, mighty, and powerful world empire. But Zechariah must not despise the day of small things (verses 9-10). He must finish the work. The temple must be built! Not by might, nor by power, but by My Spirit, says the Lord of hosts (Zech. 4:6).

The vision of Zechariah 4, then, sets before us the mighty working of God by His Spirit, through His anointed ones, to accomplish the building of His temple, and that in the face of great, mighty, and pow­erful opposition. That is Zechariah 4 in a nutshell.

The Two Witnesses in Revelation 11

The two witnesses are the offices of the minister of the Word and the eldership. Such are the two witnesses. But let us push things still a step further. Why are the two wit­nesses—the office of the minister of the Word and the office of el­der—now set before us in Revela­tion 11 in terms of two olive trees and in terms of two lampstands? What is the significance of those two olive trees? What is the signifi­cance of those two lampstands? The olive trees and the lampstands are indicative of the work of the Holy Spirit!

But with the power and strength of the Holy Spirit these offices shine forth as light in this dark world, illuminating the way to God Himself. Consider the implications then, of these two witnesses. Note that they are given power by Christ Himself. It is Christ who gives the authority and power through His Spirit both to the minister of the Word and to the elder. The authority and the power reside not in the men themselves, but in the offices. That power is given from on high. No minister of the Word nor any elder has the right to arrogate to himself such power. It belongs to the offices, not to the man, and it is the Spirit’s to give.

We are told furthermore that the two witnesses prophesied for 1260 days. Do the math: it works out to be the same as the 42 months of Revelation 11:2. In other words, the ministry of the church, and that through the proclamation of the Word and the rule of the elders, continues from the first coming of Christ to His return on the clouds of glory. The church will endure! Why is it pictured to us here in terms of 1260 days? In order to emphasize that ministry must go forth each day—each day the gospel must be held forth as light shining in the midst of darkness! Each day that gospel must go forth even in the face of great opposition. You re­member the mountain of Zechariah 4:7! Still that gospel must go forth!

To be sure, that gospel ministry is a glorious ministry, but lest we might be deceived into thinking that it is only a glorious ministry, we are re­minded here that the two witnesses are clothed in sackcloth, the gar­ments of mourning. The church knows the sweetness of the gospel, but she knows as well the bitterness that it brings as the world hates the gospel and persecutes the church.

The church on earth is a militant church. She wears sackcloth as she awaits the great and glorious day when she shall stand trium­phant, robed in white apparel!