The following article is the beginning of an inspirational message given by the Rev. Paul Murphy at the 2000 Reformed Fellowship Annual Meeting. It is a celebration of the advancement of the Reformed faith. 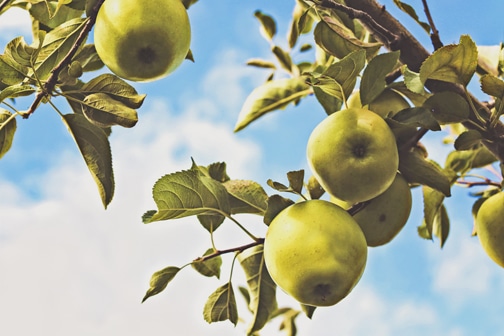 My intention is not to preach a sermon on encouragement from Proverbs or other passages of Scripture. But I come tonight to encourage you about the state of the Reformed faith because it is an exciting time to be Reformed. It is an exciting and thrilling time to be a Calvinist, to see what God is doing in His church and among His people, and particularly amongst those of us who call ourselves Reformed. I want you to see and appreciate and give thanks and praise to God for what He is doing to and for and with the Reformed faith in our day. So, like apples of gold in settings of silver, I want to bring you a word of encouragement, hoping that with God’s blessing it will thrill your heart, it will delight your soul, it will bring you great joy and instill in you as a result of that encouragement, the courage to be steadfast, immovable, always abounding in the work of the Lord, knowing that your labors are not in vain.

I come to you, not with any exegetical insight or even instruction, but merely what would be encouraging observations of what God is doing in our midst today. I relate that to you by means of stories and statistics about congregations, denominations, ministries, magazines, book publishing, conferences, seminaries, and education.

I will begin with one that is particularly dear to my heart. This week I had the pleasure of being involved in an ordination ceremony for Mr. Rick Miller and, just the week prior, I was involved in the ordination ceremony of Mr. Tom Trowborst in Brooklyn, New York. The latter took place in King’s Highway Church in Brooklyn. I stayed with the pastor of that church during my stay in New York City. His name is Ron Weinbaum. He is a converted Jew from the Bronx, New York City. I also was raised in the Bronx. I was raised Roman Catholic and he an orthodox observing Jew. After being converted from Judaism, he pursued studies at Philadelphia College of the Bible, a bastion of Dispensational theology. He graduated from there and went on to pursue ministry.

If you will indulge me in just a personal moment of reflection, I think you will find it interesting. Pastor Ron Weinbaum was the first Christian pastor that I ever came into contact with about six months before I ever became a Christian. I had been witnessed to by somebody in a luncheonette in my home town and they, along with some other Christians, invited me to a Bible study at Franklin Square Baptist Church. Ron Weinbaum was the College & Career Group pastor there. I went to that Bible study, met him, heard him speak, and thought of him as I did most Christians then: what nonsense and foolishness these people are propagating. But it left a lasting impression on me nonetheless.

Suffice it to say, many years had transpired. I had become a Christian. I had gone off to seminary at Westminster Theological Seminary in Philadelphia, had returned to New York City having been ordained to the ministry of the word and the sacraments in the Christian Reformed Church, only to once again meet Pastor Ron Weinbaum. He was pastoring King’s Highway Baptist Church in Brooklyn. He was still a Baptist, still a dispensationalist, and yet, having been exposed to some Reformed teachings, he began to seek after what it meant to be Reformed. We met in Brooklyn and he was inquiring about this strange theology called the Reformed faith. Well, we talked, as you may well imagine, about many things for many hours that evening. Last week was the next occasion I had to meet him, to stay as a guest in his home, to participate in the ordination of a man to the ministry of Word and sacraments. What is the point you may be asking by now?

The point is simply this. That though he was a graduate of the Philadelphia College of the Bible, and though he had for years since his conversion to the Baptist and Dispensationalist theology, he had in his ministry, along with the elders of his church, managed to convert the entire congregation from being Baptists and Dispensationalists to rock-ribbed Reformed believers.

When I was there and stayed with him, I was thrilled in my soul by his encouragement to me about what God had done in that particular congregation. Through his patient, careful, pastoral instruction and persevering, and over a period of a couple of years, the entire church became Reformed. All the families brought their children of various ages to be baptized into the covenant of God.

He told me about what was going on in that particular congregation. He told me how the whole church just loves the Reformed faith. They can’t get enough of it. They study the confessions. They have gone through the Westminster Confession, the Larger and Shorter Catechism, and now they are working on the Continental standards. He teaches a class as the pastor of that congregation, not only of adults where they are going through the continental standards, but of young children, ages six to 11, in which he teaches them the Heidelberg Catechism. These are six- to eleven-year-olds. He said over the course of the last year, they had memorized the first 30 questions of the Heidelberg Catechism. Not the compendium, not an abbreviated version like the Children’s Catechism of the Westminster, but the whole first 30 questions and answers. Six- to eleven-year-olds! And he told me, it’s not just that they can begin at Q&A 1 and go through to Q&A 30, but I can call on them and say what is question and answer 15? Question and answer 10, 6, or 25? And they are able to do it. I went away from that weekend enormously blessed.

Brothers and sisters, I want to tell you that is not unique by any stretch of the imagination. The congregation of which I was first a member and subsequently an elder, Messiah’s Congregation, underwent the very same process. In Texarkana. Texas, Pastor Randy Booth, similarly a Dispensationalist and Baptist, pastors a whole congregation that has come around to loving and embracing the Reformed faith. In Moscow, Idaho, where Doug Wilson serves, the very same thing happened. A bunch of former Jesus freaks were meeting in a garage to worship the Lord, and someone came and challenged Doug Wilson to study the Reformed faith. He laid a pile of books on his table. He studied them and became Reformed.

This is being duplicated, indeed multiplied, around the country, and it ought to be an occasion for us to be thrilled and give thanksgiving and praise to God about what He is doing. One evening last year, Doctors Kim Riddlebarger and Mike Horton were telling me about what was going on in their local congregation. Young people in their 20s and teens were coming to that congregation, tired of the shallowness they had found in evangelicalism…the shallowness of so many churches at which they had worshipped, where they got nothing but entertainment, where they were fed nothing but experientialism or emotionalism. Tired of that, they came looking for some substance and some meat, only to find the preaching of the Word of God as summarized in the Reformed standards to which they now cling tenaciously.

When they were in the Christian Reformed Church, a member of the Home Missions bureaucracy came out to visit that congregation and tried to encourage them to engage in some of the practices of which Home Missions is notorious, only to be reproved by one of these young adults. The man from Home Missions said to him, “Well, you can’t want any of this, you must want this, and that, and praise bands, and praise themes.” The young man just stood and said to him, “You don’t know what I want and like. You don’t know what I have been through. This is exactly what I want. And this is exactly what the church needs.” Not surprisingly, soon after that, that congregation left the CRC to join the URCNA.

Rev. Paul Murphy is the pastor of the Dutton, Michigan United Reformed Church.