There has been a vigorous debate on Wes White’s blog, Johannes Weslianus,2 regarding whether or not establishing the office of deaconess (or placing women in the office of deacon) would push the Presbyterian Church in America (PCA) down the same slippery slope followed by the Christian Reformed Church (CRC). For those not aware of the history, the CRC voted to allow deaconesses in 1984, with the idea that the change was to hold no implications for the ordination of women to the offices of pastor and elder. Eventually, however, the CRC opened all of its offices to women, and the denomination has become increasingly liberal in recent years. Once a bastion of the confessional Reformed world, it is now moderately evangelical at best.

The question is whether this path is inevitable for those who ordain women to the office of deacon. As one pastor wrote in a comment, When I was a pastor in Holland, I observed how the Reformed Church (GKN) began by allowing female deacons. They asserted that that was all they really wanted. A few years later, they got female elders; another few years and they had female pastors. From there they got male and female homosexual pastors. I really don’t care what name you give it (slippery slope; domino theory) there does seem to be an element of truth in the process . . . Deaconesses are still around, and some PCA pastors have a huge ethical dilemma by refusing to conform to PCA standards on this point. Now we have intinction and the historicity of Adam and Eve. Can we not discern a slip towards the slope? We need to ask ourselves who the main players are in these movements. I submit that it is basically the same people every time.

Of course, others point out that there is solid precedence for ordaining women to the office of deacon within the Reformed tradition. Advocates point to John Calvin as well as to modern denominations like the Associate Reformed Presbyterian Church (ARP) and the Reformed Presbyterian Church of North America (RPCNA). The latter can hardly be considered a liberal denomination. It prohibits instruments in worship and demands that its congregations practice exclusive psalmody. Many of its women wear head coverings, but the denomination also ordains women to the office of deacon.

Now my concern here is not to defend one side or the other in the debate over whether or not the PCA should ordain women as deacons. What worries me is the tendency of conservatives within the PCA to argue that this issue should not be addressed as an exegetical issue but as a cultural issue. In other words, while it may have been legitimate for the RPCNA and the ARP to ordain women to the office of deacon, and while Calvin may have been right to see some sort of public office of ministry in the church open to women, in our context of feminism and liberalism today, we should not take these steps. 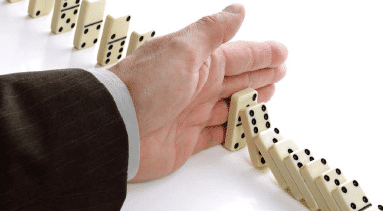 With all due respect for my fathers in the faith who have observed and experienced with pain the decline of the CRC, allowing culture to provide our cues for how to handle theological, ecclesiastical, or moral problems is just as dangerous a path as is liberalism. It is built on the assumption that the only real danger facing the church comes from the left, as if there are no dangers coming from the right. It implicitly suggests that Jesus’ kingship over the church should be set aside for the more important struggle of preserving America’s culture. And it has historically been a disastrous path.

It is not hard to find an obvious example for this. During the 1960s the conservative wing of the southern Presbyterian Church (PCUS), out of which the PCA arose in 1973, was battling liberalism within the denomination that threatened to lead the PCUS down the same liberal path once taken by the northern Presbyterian Church (PCUSA) earlier in the century. Liberals were pushing an egalitarian agenda that clearly compromised the authority of the church and that was more in tune with the politics of the 60s’ New Left than with historic Christianity. The problem was that they were right on perhaps the hottest issue of the day: racism.

The cultural conflict over racial integration had immediate practical implications for Presbyterian churches. Should the churches allow blacks as members, or even as pastors? Should they condemn the social reality of racism all around them? Many conservatives within the PCUS believed that the lessons of history and culture were obvious. It was the liberals who were pushing racial integration, the same people who destroyed the mainline churches of the north. Everyone knew what these people wanted to do with the church, and the examples of other churches that had gone down that slippery slope were clear. This was not an issue about Scripture or even about justice. This was a matter of preserving the church from liberalism.

Cultural concerns like this shaped the founding of the PCA just as much as did a desire to be confessionally Reformed. While the denomination has repented of the racism in its past, it is still deeply shaped by the forces of cultural conservatism in a way that the other denominations of NAPARC are not. This creates reactionary tendencies on both ends of the cultural spectrum. Those ashamed of the sins of cultural conservatism tend to push a progressive agenda that seems only partially grounded in Scripture. Those worried about the liberal slide reject anything progressive, regardless of its biblical merits.

If the PCA is to learn from the sins of the past, it needs to recognize that culture cannot dictate the church’s worship and life. If Scripture is truly authoritative and if Scripture suggests the church should recognize an order of women deacons, it does not matter at all that this has become a point of conflict in the culture wars. Indeed, the very integrity of the church demands that the church take the unpopular position of standing with Scripture rather than with conservative culture.

There are many people in this country who dismiss the claims of conservative Christian churches to stand on the authority of Scripture because they find those churches to be culturally selective in their use of Scripture. Many of these people—thoughtful Christians—simply become cynical. They turn away from those churches because they want nothing to do with a politicized gospel.

The gospel can be destroyed by cultural conservatism just as easily as it can be destroyed by cultural liberalism. Racism has driven just as many from Christianity as has feminism. That’s why we need to learn to trust Christ and allow him to be the king of the church. Our own cultural perceptions are influenced by worldly philosophy and our own sin. We need to choose whether Scripture or culture will be our guide.

1.    This post originally appeared on the blog “Christian in America” at: http://matthewtuininga.wordpress.com/ A few minor edits have been made.

Mr. Matthew J. Tuininga is a licensed exhorter and a member of Covenant United Reformed Church of Pantego, NC, and is currently writing his dissertation on John Calvin’s two-kingdoms doctrine at Emory University in Atlanta, GA.