In response to last month’s article by Rev. Daniel Brouwer and with respect to Article 29, the phrase “settled and binding” does not mean that an issue—any issue—is “settled and binding” forever. Any subsequent assembly is free to reconsider a previous decision, revise it (Article 31), or make a new decision which supplants the earlier one, provided, of course, that the issue is in order and legally on the assembly’s agenda. As our synodical rules indicate: 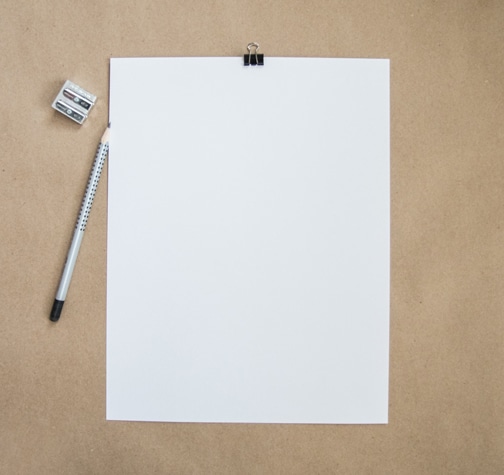 A succeeding synod may alter the stand of a previous synod; it may reach a conclusion which is at variance with a conclusion reached by an earlier synod. In such cases the most recent decision invalidates all previous decisions in conflict with it (VIII, 1,2).

What “settled and binding” does mean is that all churches, assemblies, officebearers and members within the jurisdiction of the assembly making the decision must abide by the decision made. Although they retain the right of appeal and the right to seek to revise, they may not act in violation of that decision as it stands for as long as it stands.

The Rev. Dan Brouwer’s assertion that “the only way a decision not to change the Church Order can be ‘contrary to the Word of God’ is if the Word of God requires that it be changed” ignores—curiously—the existence of Article 31 which hallows for revision for other reasons, e.g. pastoral reasons, and seems to be based on a serious misunderstanding of Reformed church polity. It is Presbyterian polity, not Reformed polity, that holds that all provisions in the Church Order must be manifestly drawn from Scripture (regulative principle) and are therefore confessed like the creeds are confessed. That is presupposition leads to the belief that Article 3 may only be changed if there is express testimony of Scripture which requires the deletion of the word “male.” Reformed polity differs with Presbyterian polity in this respect. It distinguishes between provisions and Biblical principles against which such provisions must be tested. Biblical principles stand throughout the ages. Provisions may and sometimes must change, either because changing times require a different application of Biblical principle or because the upbuilding of the church in a certain time requires it. So, for example, John Calvin says on the one hand: “I approve only those human constitutions which are founded upon God’s authority, drawn from Scripture, and, therefore, wholly divine” and, in the same breath, on the other hand:

… because he did not will in outward discipline and ceremonies to prescribe in detail what we ought to do (because he foresaw that this depended upon the state of the times, and he did not deem one form suitable for all ages), here we must take refuge in those general rules which he has given, that whatever the necessity of the church will require for order and decorum should be tested against these.

…it will be fitting (as the advantage of the church will require) to change and abrogate traditional practices and to establish new ones (Institutes, IV,X,3D).

With respect to Article 31, Synod 1994’s utterance on this matter (ground e) is seriously flawed. (I mean no disrespect and dare to write this because it’s disagreement with a ground, not the decision, a distinction which the Rev. Brouwer properly makes.) Any synod may decide that grounds presented in orderly fashion are “sufficient and new”—enough to reconsider a previous decision. The issue is then legally before the assembly and it is free to revise or not to revise. One must note carefully that only the assembly as a whole may decide whether grounds for reconsideration are “sufficient and new.” Once that has been decided, however, no assembly can be accused of “violating Article 31.” Article 31 does not say that grounds for revision must be “sufficient and new.” As the Rev. Brouwer also says, reconsideration and revision are two different things. What Synod 1993 did was proper and in good order. Curiously, Synod 1994’s “ground e” itself acknowledges that “new grounds were offered to justify reconsideration,” a concession that alone invalidates the entire statement. If Synod 1994 had entered into the matter by way of requests for revision rather than “automatic ratification procedure,” its judgment regarding reconsideration and subsequent revision (reversal) of the decision of Synod 1993 would equally have been proper and in good order.

The truth is that Article 31 is a safeguard against “constant harassment” on issues which an assembly may judge to be of little importance to the ongoing life and ministry of the church. It gives assemblies the option not to enter a matter over and over, year after year. Quite apart from the wisdom of it, however, assemblies most assuredly have the freedom to revisit an issue. As a matter of fact, “all other matters may be considered which synod by a majority vote declares acceptable” (Synodical Rules, V, B, 12).

The Rev. Brouwer’s definition of the word “sufficient” is unacceptable because it is too limited. “Sufficient” may mean what he suggests. It may also mean nothing more than that the desired outcome of the decision was not obtained, that pastoral concern for the churches in their present states requires reconsideration, that “the world” has misunderstood for valid reasons and we must clarify our witness, or whatever else the assembly judges it to mean. But “sufficient” was never meant to refer only and exclusively to the matter of agreement with or conflict with the Word of God. Again, such a restriction may fit well in Presbyterian polity but never has and never will in that which is Reformed.

Finally, I agree entirely with the Rev. Brouwer that “running roughshod over the Church Order is not likely to result in order in the church.” He has not persuaded me, however, that on the issue of women in ecclesiastical office, Synod 1990 and Synod 1993 did this and that Synod 1995 might well do the same.