“You expected much, but see, it turned out to be little. What you brought home, I blew away. Why?” declares the Lord Almighty. “Because of my house, which remains a ruin, while each of you runs to his own house. Therefore, because of you the heavens have withheld their dew and the earth its crops. I called for drought on the fields and the mountains…and on all the labor of your hands.” (Haggai 1:9–11)

The Jews knew they needed good crops to survive in the land to which they had returned. There were thousands of them and no supermarkets. Their continued existence depended on a good harvest, so they worked diligently on the land. They expected a bumper crop for all their hard labor, but their reward turned out to be little. Their expectations had not materialized. What little they did harvest, God blew away. They had worked hard but were not getting ahead. Why? Why did they get so little? Why did God deplete even that? 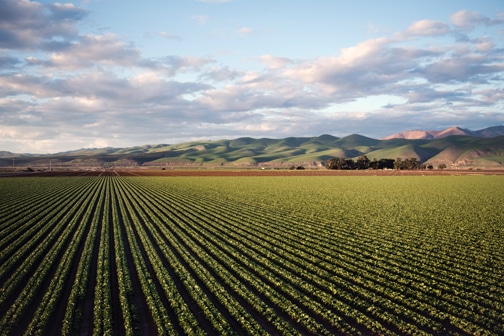 Why do we so often get so much less than we expect? We too work hard to get ahead. In fact, many people today work harder and harder but their reward is little. All around us, both in individuals and in government, we see feverish activity, more spending, “new” and better programs started up, but do we see anything better?

The Jews were “running” to their own houses. With enthusiasum and speed they were handling home improvement projects, but were moving slowly and laboriously in the work of God. So God took certain steps. He blew away their small harvest and called for a drought on their labor. The reason for this was “because of you.” They could not blame God; it was their own fault. They had selfish attitudes and desires.

We need to consider what God is saying to us through our daily circumstances of our lives. If things are not going as well as we expected, do we consider that God may be withholding blessing from us because of us? Is there something wrong in our lives which is displeasing to God? Are we in any way a hindrance to the building up of Christ’s church? Are we more concerned about our comforts than the welfare of the kingdom of God? Are these the reasons God “blows away” what we earn?

Haggai teaches us that not only our personal, but also our national disasters and calamities are no natural coincidences, but are the hand of God laid in discipline upon a disobedient people. When a peoples does not obey God, He calls for drought, earthquakes, sickness and whatever else is necessary to wake them up.

We may continue to work harder and harder, but if we put self before God, we will never really gain wealth and comfort. We will only continue to lose things along with spiritual vitality. The only real way to success, both as individuals and as a nation, is obedience to God.