Abraham Kuyper and other Calvinist leaders in the Netherlands who shared his views and followed his lead have recently come under sharp criticism for continuing the mistaken medieval tradition of trying to achieve or maintain the ideal of a single religious-political community. They have been called “Christian sacralists.” Our immigrants who have come especially to Canada in recent years have been criticized as perpetuating the same mistaken ideals. “Reformed people who come to the New World from Europe seem to find it extremely difficult to accommodate themselves to the idea of a Volk Gottes that in no way coincides with the Volk as such. We shall illustrate. The Christian Reformed Church has receided into its fellowship a great 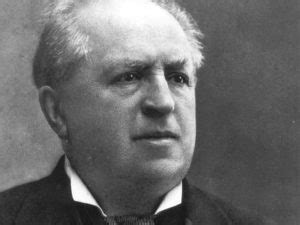 many Dutch immigrants of late, especially immigrants that have come to live in Canada. The idea of a Church that is partly in Canada and partly in the States seems to give these people great difficulty. There is a persistent attempt therefore to carve out, at the very least, a Provincial Synod the southern border of which would coincide with the degree of latitude that marks the border between the States and Canada. In this way Volk and Volk Gottes would be identified once more.” In contrast with this alleged error of Kuyper and the Reformed people in or from the Netherlands the American church situation in which, it is claimed as a result of the Anabaptist tradition, church and state are kept strictly separate is held up as approximating the New Testament ideal. (Leonard Verduin, The Reformers and their Stepchildren (Grand Rapids, 1961, pp. 61, 62, 62, 79 and especially 215.)

In the light of this criticism I found it extremely interesting to stumble across Kuyper’s own comments on these matters as he expressed them in his little book Varia Americana three-quarter of a century ago. He had a profound appreciation for some some aspects of American church development; and noted with special commendation that (we translate)

“…The Jewish leaven of “volkskerk,” with all the false appearance of absolute unbelievers, who are on the rolls as members of Christ’s church, has been radically conquered in America…

The old-Jewish spirit, that still poisons Europe, by desiring that all of the inhabitants of a country, mockers, indifferent and atheist included shall belong to this or ‘that church organization and shall be church members, is dead in America.

People understand the truth, that the church in the New Testament dispensation, is no longer as among the Jews a “volkskerk,” but has become a world church, and so can no longer include “all countrymen,” but only those who “are sanctified in Christ.”

In Europe people condone this by saying, that in this way they can always still have influence on the hard hearted; but in America people understand that one does not reach anyone into the Kingdom in order to work with him, but one must work with him in order to bring him into the Kingdom, and that with such people, not a false membership in a church, but an ‘inner mision’ must achieve the desired goal.” (pp. 140, 141).

Although Kuyper expressed such high appreciation for this feature of American church life he was just as sharply critical of what he saw as weaknesses or errors:

But it must be lamented that in this way the whole notion of what the church should be is falsified.

In the first place a distinction has been introduced between the corporation and the real church which cannot be justified. Also those who have not yet been admitted to the Lord’s Supper belong properly to the church. Or if they do not belong to it, they may also not be members of the “corporation.” This whole distinction is in principle Baptistie, fails to appreciate the covenant of Grace, overlooks the meaning of infant baptism, tears the church loose from its historical connection, and makes the church continually rise anew from individually applying members.

It is, in fact, a fundamentally mistaken opinion of Baptism, that in this ease has led to an, in principle, mistaken opinion of the Church, and it is not surprising that in the United States the Baptists are twice as strong as all of the Presbyterians and Reformed together. (Today the figure is 5 or 6 times.)

The confession of the covenant has fallen so far out of sight that otherwise ecclesiastically (informed) people such as Professor Strong…could say coolly in a learned work (for his Dogmatic is that), that the Covenant and the whole doctrine of the Covenant was a discovery of Cocceius and first arose with him.

Fortunately our immigrants from the Netherlands have spread clearer and better ideas on this subject and, in particular, Professor Vas of Princeton by his…“Tract on the Covenant” has cleared away a good deal of error (pp. 139–140).

A little later he returned to the subject of the peculiarities of church life in America:

The form of the church as it is organized is not good, begins with a wrong principle, falsifies the confession of Baptism, Covenant and Church. But in spite of this defect in its formative principle, the Church of Christ has still produced some good out of this cvil. In theory (it has done this) by driving out the Jewish leaven, and in practice by banning false pretence and by a much better working with the masses.

One may then safely say that this peculiar church formation arose out of reaction against the opposite faulty form, which crept into Europe.

In Europe people adopted the old error of Judaism, and with an appeal to the Old Testament, imitating old Jewish forms, abandoned all distinction between the Kingdom of God and the kingdom of the world. Church and civil state had become one. The church population and the population of the country were considered to be identical. There was no difference.

And when the wretched results of this Jewish leaven, against which the holy apostle has fought so manfully, became apparent to all, the people in the new world, to be sure in too one-sided a way, but still with energy and courage, opposed this great evil, and as a result, swinging over too far, fell into the opposite error.

Quite rightly they gave up the “Volkskerk,” and made the contrast between Christendom and the world stand out sharply, but they overlooked the fact that not only the world, but also the Church of Christ in its turn, has an organic connection.

An so all of the power of organic life was left to civil society. There was one country, one united people, one government, but in their Christian heritage they had nothing but separate individuals, who did what was good in their own eyes.

And so it was not: The Kingdom of God opposed to the Kingdom of the world, but only personal believers, who without the connection of race, without Covenant, without King and without Organization opposed the mighty civil state (pp. 142, 143).

From these citations two conclusions are clearly evident: (1) Kuyper did not commit himself to the ideal of a single religious-political community, as had been charged. (2) Kuyper while appreciating the U.S. (and Anabaptist) break with such false ideals, also saw, that which modern critics who more or less share the common U.S. prejudices fail to see the need for Christian influence in society in organized as well as individual ways.

The activity of our people in Canada shows plainly the wholesome influence of Kuyper’s thought and example upon them. What could be done by some 10% of the population who were Reformed (Gereformeerd) in the Netherlands may not be capable of duplication by the 1/10 of 1% of the U.S. population who are Christian Reformed or by the almost 2/10 of 1% of the Canadian population who are that, but the effort to express clearly Christian convictions in organized society, has, in the Anabaptist tradition, far too often been neglected by our people on this continent. All of us may well learn a few lessons from this. More completely biblical is the historically Calvinistic vision of our European churches, as to what we ought to be doing as citizens of God’s Kingdom on earth. That kingdom will not be victorious in this world though these little religiously oriented organizations of ours and to expect that would be to delude ourselves. Yet our activities in such organizations, as well as our directly ecclesiastical and individual missionary witness, are significant aspects of the total Christian witness for which Christ has placed us in the world.