The attack by what I’ve called the Pagan Left has begun against what they call the Religious Right. 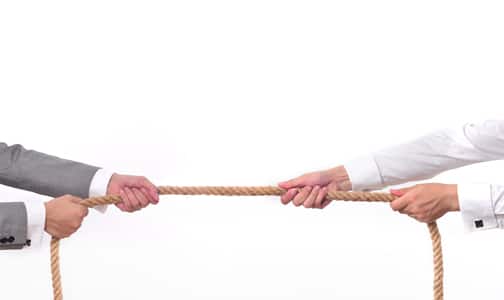 Michael Kinsley wrote in the New York Times that if Christians can’t stand the heat of criticism, they should get back in the church pews. They can’t have it both ways, he said. They can’t enter the political arena and comment on all sorts of issues and then cry foul (or “bigotry”) when they are criticized.

He has a point, but there is a larger one.

America has moved through what theologians have called a post-Christian age into an anti-Christian period in which the old “self-evident” truths are no longer self-evident, at least not to a majority of citizens. A minority of traditional Christians now appeal to the definers of culture and government officials to reflect these values, ideas and beliefs that the United States either once accepted or, at least, did not oppose. But cultural change has passed these Christians by, largely because of their failure to confront those in control and because they have lost a moral power from too much fraternization with the kingdom of this world.

For Christians to gain the respect, if not always the approval, of those who define culture, they must first get their own house in order. Surveys have shown that Christians are divorcing at the same rate as non-Christians. So much for “family values.” People who say they are Christians are getting abortions at a rate as high, or higher, as those who profess a different faith or no faith at all. Too many preachers tolerate “sin in the camp” because they are more interested in building big congregations and church construction projects and their next pastoral assignment than they are in preaching the uncompromising and  uncomfortable message contained in the Gospel.

How can a spiritually dysfunctional church hope to speak truth to an even more dysfunctional culture when it has lost its moral compass and compromised its message by allowing internal rot?

For most of this century, the Christian church has been in self-imposed exile. It taught that politics and the kingdom of this world were headed in a direction opposite to the Kingdom of God. Then it re-emerged on the scene in the 1980s, appealing to a standard of righteousness that was no longer held by large numbers of people. To many it seemed that the church was asking government to do its work for it, imposing piety from the top when the church had failed to shore up vulture from beneath. If the church wants to be a full player again on the national political scene, in addition to getting its own house in order, it must re-enter the arena and participate on an equal footing in presenting its beliefs and values. It must stop bashing up against opposing ideas and debate on the basis of what it sees as true and what is in the best interest of America.

For too long, traditional Christians have been comfortable in their own cultural catacombs. They have their own radio and television stations, their own publishing companies, their own magazines and bookstores, their own jargon. They need to come back into the mainstream and win back the culture and the nation by the superior power of their ideas. They ought to be debating at Harvard even teaching at Harvard. They should be good enough at their craft to work in network television. They should be publishing books with mainstream publishers. They should be demonstrating with their lives, as well as their voices, why their ideas are better than those now holding sway in America.

They will not be able to do this through political power alone. It is too late for that. Trying to force their ideas on a reluctant public from the top down will only earn them further revulsion and rejections, and for the wrong reasons.

Still, Christians have a responsibility to slow down the spoilage of the kingdom of this world (to be “salt,” in the words of Jesus), but they cannot do this through the arm of the state alone. Moral power, not political power, is the superior force. If Christians will begin living what they claim to believe—loving their enemies, praying for those who persecute them, becoming a friend to “sinners” (even pro-choicers and hated liberals)—a new kind of power would be unleashed on the land. It would be a power which would create the social conditions Christians now say they want, but cannot achieve by themselves.

Now there’s something we can all pray for!