The Rev. Dr. John H. Skilton, emeritus professor of New Testament at Westminster Theological Seminary, Philadelphia, went to be with the Lord on July 22 in Ocean City, New Jersey, where he had a summer home and was active in the summer ministry of Westminster Orthodox Presbyterian Church. This spring, he taught the final six weeks of one section of Greek, as he had been doing ever since his retirement. Since his retirement he had founded Skilton House, a multiracial ministry of mercy to city residents, based in his home in the Olney section of Philadelphia. 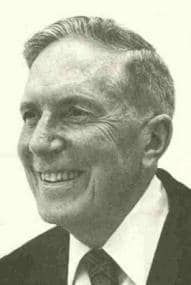 Author: Think on These Things; Jack the Cat and His Friends; Listening to God’s Voice; Special Gifts for a Special Age

Editor and contributor: Scripture and Confession; The Law and the Prophets (festschrift for O.T. Allis); The New Testament Student series, the seventh of which is Historic Christianity: Selections from the Writings on Gresham Machen; Scripture and Reformed Apologetics; Machen’s Notes on Galatians

Skilton was also dean of the Reformed Bible Institute of Delaware Valley since 1976; minister-in-residence at Skilton House (named for his parents) since 1977; faculty member at Manna Bible Institute since 1983; and visiting professor, International Graduate School of Theology, Korea, 1986–87. He was planning extensive travel overseas in 1999.