Thirty years ago a pastor in southern California wrote what has become a Christian best-seller: Satan is Alive and Well on Planet Earth. Pastor Hal Lindsey’s main point was that Satan is exercising his rule over our planet and his influence is growing by leaps and bounds. In a later book, Planet Earth, 2000 A. D., Lindsey gave more evidence of Satan’s rule on planet Earth: “cultural meltdown,” “disrespect for military,” “the abortion holocaust,” “end of the family,” “crime-the worldwide epidemic,” “UFOs,” “multiculturalism,” etc. Satan, he said, is alive and well on planet Earth.

It certainly is true that the Bible refers to Satan as “the god of this age.” But he is “god” with a small “g.” Satan is a pretend god. He’s a “wanna-be.” He has no heavenly power. In fact, the Bible tells us Satan has been cast out of heaven. Yes, he’s a powerful, fallen angel; but he’s only an angel, a created being. He’s not God!

This month the universal Church remembers and celebrates the ascension of Jesus into heaven and His being seated at the right hand of God the Father. The apostle Peter, speaking about the ascension to a Jewish crowd in Jerusalem, exclaims, “God has made this Jesus, whom you crucified, both Lord and Christ” (Acts 2:36). Peter quotes David who once prophesied that the Lord God would tell “his [David’s] Lord” to “sit at my right hand until I make your enemies a footstool for your feet” (Acts 2:34–35).

In the ascension of Jesus, He is made Lord over all and has made His enemies a “footstool,” a place to rest His feet. Over against Hal Lindsey and many fundamentalist Christians, we Reformed Christians proclaim that is it Jesus, not Satan, who is alive and well, and reigning over planet Earth. 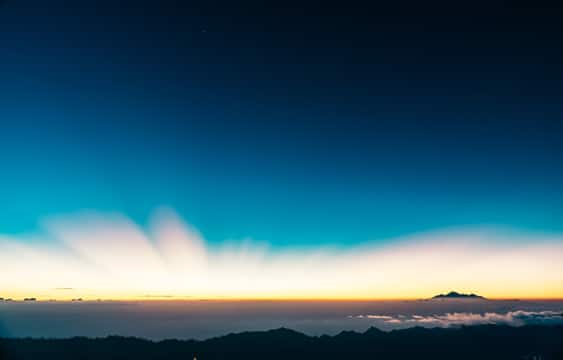 The underlying problem in Lindsey’s interpretation of the Bible is that he holds to dispensational theology. Dispensational theology teaches that God has designed one special plan for His national people, Israel, and another special plan for the Gentile Church. God’s plan for Israel, they say, was to establish His kingdom on earth through biological Jews. But the Jews of Jesus’ day refused to accept Him as their Messiah-King. They refused to enthrone Him in the city of Jerusalem. Instead, they killed their King. So now what? Some dispensationalists call it “Plan B.” God’s “Plan B” was to make a detour around unbelieving Israel and start the “Church” for the Gentiles. Some earlier dispensationalists even claim that Jesus’ death and the “Church” were not foretold in the Old Testament at all. “Plan B,” the Gentile Church, was a complete “mystery” hidden for ages, until it was revealed to the apostle Paul.

Dispensationalists claim that during this present Church age the “prophecy clock” for national Israel has stopped. Only after the Church is “raptured” from off the planet will Jesus come down to Jerusalem to begin His kingdom reign, something He was prevented from doing the first time He came to earth. Oh, what heresy! To suppose that Jesus is not reigning over His kingdom now! To teach people that the Church is an after-thought in God’s mind, His back-up plan! And that now, in this present Church age, it is actually Satan who is alive and well, reigning over all! Tragically, many Christians accept this heresy.

Even in Reformed circles, many are buying a fictional retelling of Lindsay’s vision in Tim La Haye’s Left Behind books and videos. And what is the result? Many Christians are becoming filled with despair about the present day and filled with fear of the future. Yes, there are some legitimate, biblical concerns for today and for tomorrow. As the nearly two-thousand-year-old “Christian consensus” in the western world breaks down and our civilizations move further away from biblical standards of morality, we see an overall increase in evil. And this may continue. Yet, in other lands, through the spread of the gospel and the building up of the Church, we see some new appreciation for biblical absolutes. But, overall, in many cultures, and surely in American culture, the moral trend today is downward. We who celebrate Jesus’ ascension and enthronement proclaim Him as Lord. Seated on heaven’s throne, Jesus holds all power and authority. In the power of the Spirit, the Lord Jesus sends forth His servants to preach the gospel, administer the sacraments, and expect the growth of the Church in the nations of the world. We, then, have no reason to be filled with despair or fear! If you follow Lindsey and the latest Left Behind book you will imagine that Satan is alive and well and reigning over the earth. Then, yes, you ought to throw up your hands in despair and be afraid. Hunker down in the trenches and prepare yourself for the secret rapture. But, if you truly believe that Jesus is alive and well, ascended into heaven, seated at the right hand of the Father with all power and authority, then, lift up your heart! Jesus is reigning on high!

In the ascension of Jesus, God has made Him to be Lord. The Lord over all lords. Lord even over Satan. And Lord over planet Earth. All the Lord’s enemies, in league with Satan, have been and are being made into a footstool on which Jesus rests His holy feet. We don’t have to wait for the beginning of a thousand-year era at which Jesus will begin to establish His kingdom in the Middle East, centered in the city of Jerusalem.

Who is now “alive and well” on our planet? Not Satan. Yes, he’s alive, but he is surely not well. He knows his days are numbered. His defeat is certain. The lake of fire awaits him. In Jesus’ ascension, He alone has been given the nations as his inheritance, the ends of the earth as his possession (Psalm 2:8). Jesus is the only One truly “alive and well.” And He reigns right now over planet Earth. Let God’s people rejoice!

Rev. Randal Lankheet is the pastor of the United Reformed Church of Chino, CA.