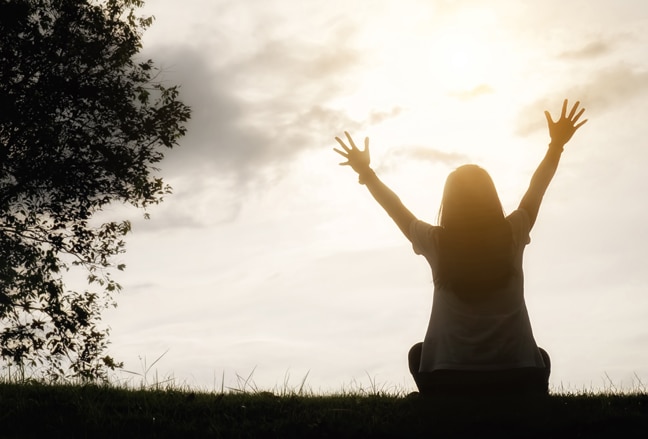 The most puzzling thing in the account of the resurrection is that the disciples of Jesus did not expect their Lord to rise in triumph from the tomb. In fact, they did not even believe He had risen when the glad tidings concerning the empty grave were brought to them by the women who found the stone rolled away from its entrance.

In John 20 we read that when John entered the tomb on that memorable Sunday morning, he “saw and believed.” Peter was still unbelieving. All the other apostles still disbelieved regardless of the testimony of those who found the tomb empty. Luke tells us that the report of the women was considered to be idle talk in the ears of the disciples.

The fact that the disciples did not understand what the Old Testament had said concerning the Messiah’s resurrection explains why they did not believe the Master’s own word that He would be raised up on the third day. It will not seem strange, however, if we consider that in the final analysis the foundation for their faith in His conquest was not in the words of the women who saw the empty tomb, but it could only be in the testimony of the Word of God. They had to understand what the Old Testament had prophesied concerning not only the fact, but also the necessity, of His resurrection.

Still today there are many who say that they believe in Christ, yet they question the reality of our Savior’s physical resurrection. They do not understand with heart and mind what is taught not only in the New Testament, but also in the Old Testament concerning God’s plan for salvation. The Scriptures speak of a Christ who is much more than a great religious teacher. He is more than a shining example of faith and godliness for us to follow.

Jesus came not merely to reveal to us the love of a heavenly Father but He also came to make atonement for the sins of His people. As our great High Priest and Lamb of God, He would be wounded for our transgressions and bruised for our iniquities. Our guilt would be laid upon Him. Christ came not only to cancel our guilt and reconcile us to the Most Holy God; He came to be King. With royal might He would renew the hearts of those who had been given to Him by the Father and He would deliver them from the tragic consequences of sin, even death itself. That is why the prophets portray the Messiah as one who had to die and as one who had to rise up from the dead. He had to die to pay the wages of sin that were against us. He had to be raised to break the bonds of death and to rob the grave of its terror.

In short, if the disciples had understood why it was necessary for Jesus to die on the accursed tree, they would also have understood why there was a divine necessity for His resurrection. It is not an accident that the modern denial of the resurrection is found among those who do not believe His death on the cross was more than an example of self-sacrifice. They do not understand that the death of Jesus was the substitution of God’s perfect Lamb for sinners who deserved to be slain for their sins by the just and eternal wrath of God.

It is not so strange, therefore, that the disciples did not believe the testimony concerning the resurrection of their Lord until Jesus Himself had given them instruction in the necessity of His vicarious sufferings and His victory over death. On the afternoon of the resurrection, Jesus traveled with two companions along the road to Emmaus. We read of how their hearts burned within them when the living Christ – still unknown to them as the risen One walked with them and instructed them “beginning from Moses and from all the prophets concerning Himself.” The purpose of that instruction was precisely to explain to them the necessity of His passion, death, and resurrection. “Did not the Christ have to suffer all these things and then to enter into His glory?”

When the two men from Emmaus come to the gathering of the eleven that same evening to bring them the triumphant news that was burning on their lips, they were greeted with the jubilant exclamation: “The Lord has risen indeed and has appeared to Simon.” Now they understood the Scripture; now they could believe. They knew Jesus had to suffer and rise again so they had no difficulty believing that He was truly risen from the dead.

We must examine and reexamine the Scriptures in order that our faith in the atoning sacrifice and triumphant resurrection of the Lord may not waver. We must study both the Old and the New Testaments. Then we will understand, and we, too, can exclaim: “Surely the Christ had to die the bitter death of the cross and then to enter into glory.” We know God’s plan for the ages concerning our redemption is moving toward its ultimate fulfillment. We know that our victory over death and sin is certain. We know that on the morning of that first Easter, the tomb of our Lord was empty; death had been cheated of its prey and vanquished by the strong Son of God. And because we know these things, we also can be assured that our tombs will be empty on the day when Jesus returns. Our Redeemer lives. He lives in our hearts by His grace and Spirit. He lives in heaven to intercede for us.

According to the Scriptures. Hallelujah!