In preparing His disciples for His death, Jesus gave them a wonderful promise: “I will not leave you as orphans; I will come to you” (John 14:18). Jesus assured His followers that He would not leave them alone, leaderless and defenseless. But how would He come to them? In the Scriptures we see a number of ways in which He came to His own. He came to them in His glorious resurrection from the dead. Death could not hold Him and He came forth from the grave as the Lord and giver of life. He came to His disciples also at Pentecost giving His Spirit to unite them with Him (Acts 2:33). He will come again in glory at the end of this age to unite His people with Him forever. And there is still another way in which He comes: He comes to His church in the means of grace that He has established. He comes in the preaching of the Word and He comes in the sacraments. 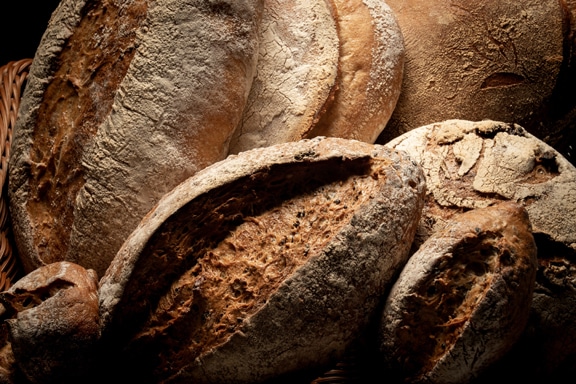 How Jesus comes in the sacrament of the Lord’s Supper has been one of the most controversial issues in the history of the church. Reformed Christians sometimes seem vague or confused over what the coming of Christ in the supper means. One way to clarify this matter is to review discussions early in the Reformation on the eucharist. Examining Martin Luther’s reflections on the sacrament and his criticism of early Reformed teachers will illumine the doctrine.

Luther as a priest in the medieval church knew that the eucharist stood at the heart of the church’s teaching and experience, The center of worship was the altar and the mass. The priest performed there the miracle of transubstantiation (turning the bread and wine into the body and blood of Christ) and sacrificed Christ to the Father as a propitiation for sin. Luther as a reformer came to see that the mass had to be purified from all elements of priestcraft and human accomplishment. He insisted that the service should be in the language of the people and that both the bread and the wine be given to the people. He utterly rejected the idea of sacrifice in the mass as a form of works righteousness.

Luther continued to insist, however, that Jesus was truly present in the sacrament. He believed that the words of Jesus, “This is my body,” were clear and simple. He became very suspicious of those who tried to spiritualize those words. He thought spiritualizers of the Christian religion missed the whole character of biblical teaching.

He had faced such a spiritualizer in the person of Thomas Muentzer in the mid-1520s. Muentzer disparaged the literal meaning of the sacrament and of the Bible as the revelation of God. He dismissed the Bible with the words, “Bible, bubble, babble.” Luther thundered against Muentzer, “He thinks he has swallowed the Holy Ghost feathers and all.” Luther believed that such “spirituality” must ultimately not only reject the sacrament and the Bible, but also the incarnation and the cross.

Luther perceived such spiritualizing tendencies also in his former colleague at Wittenberg, Andreas Bodenstein von Carlstadt. When Carlstadt left northern Germany in 1524 and was warmly received in Strassburg by Martin Bucer and in Zurich by Ulrich Zwingli, Luther concluded that these men too must be spiritualizers and dangerous. The written exchanges on the Lord’s Supper between Luther and Zwingli from 1524 to 1529 did nothing to reduce Luther’s concerns.

Luther’s critique of Zwingli’s early Reformed theology centered around three issues: 1) the Bible and reason, 2) grace and works, and 3) flesh and spirit. On the first issue, the Bible and reason, Luther maintained that the Bible was perfectly straightforward in saying, “This is my body.” Some people believed the Bible and that statement, and others who were rationalists did not. The rationalists offered many reasons why the words could not be true, but in the process only demonstrated that they were unbelievers. Luther wrote, “…the Word says first of all that Christ has a body, and this I believe. Secondly, that this same body rose to heaven and sits at the right hand of God; this too I believe. It says further that this same body is in the Lord’s Supper and is given us to eat. Likewise I believe this, for my Lord Jesus Christ can easily do what he wishes, and that he wishes to do this is attested by his own words.”

The second issue was grace and works. Luther rejected the medieval teaching that the supper was a sacrifice that the church offered to God. The sacrament is not our work but God’s. Then he heard some theologians teaching that the supper was a memorial meal the significance of which is found in our believing. Luther viewed such an idea as another way of making the supper mancentered. Such doctrine was still focused on what the church does rather than on what God does.

The third issue was flesh and spirit. Luther taught that the heart of our religion is in the body, the blood and the cross of Jesus. He did not minimize the divinity of Christ, but insisted that it is what Christ did in the body that is key to our redemption. And as Jesus came at first in the body, so He comes in His body in the bread and the wine of the sacrament. Luther wrote, “Our fanatics…think nothing spiritual can be present where there is anything material and physical, and they assert that the flesh is of no profit.” But how can the flesh of Christ on the cross be of no profit? It is our salvation.

Luther proclaimed that in the Lord’s Supper God’s people receive the true Christ and the whole Christ: they receive the very body and blood of Christ. Zwingli never fully agreed with that teaching although by the time of the famous Colloquy of Marburg in 1529 when he met Luther, he had moved closer to Luther’s view. John Calvin, however, did agree with Luther on that point, and the view of Luther and Calvin is contained clearly in the Belgic Confession, article 35: “In the meantime we err not when we say that what is eaten is the proper and natural body and the proper blood of Christ.”

Where Luther and Calvin differed was on the question of how Christ comes to His people in the Lord’s Supper. The classic Lutheran expression is that Christ is “in, with and under” the bread and wine. The glorified body of Christ is everywhere and so by divine appointment is in the bread. The Reformed tended to say that Christ comes with and through the bread. They focused on the work of the Holy Spirit uniting the believers to Christ. Luther saw Christ as present in terms of the glory of the second person of the Trinity. Calvin saw Christ as present in terms of the power of the third person of the Trinity.

Historically the Reformed have seen their differences with the Lutherans as less important than the Lutherans have. Why is that? Luther and his followers want the grace of Christ to be truly present and available for all. They teach that Christ is truly present in the bread so certainly that even the unworthy receive Him. Here their doctrine of universal grace comes to the fore and that is a significant disagreement with the Reformed.

Calvin by contrast taught that the certainty of Christ’s presence with His people is in the promise to which the bread points. Christ is truly present in His sacramental institution but is received only by the faithful. The Holy Spirit connects Christ to His people through the bread.

The Lutherans often allege that the Reformed stress on the Spirit is not supported by Scripture. If they mean that no verse in the Bible explicitly links the Spirit to the eucharist, they are right. But the Reformed are right that the work of the Spirit as generally described in the Bible also applies specifically to the Lord’s Supper. That general work is precisely to link us with Christ. The Spirit links the believer to the life of Christ: “And if anyone does not have the Spirit of Christ, he does not belong to Christ. But if Christ is in you, your body is dead because of sin, yet your spirit is alive because of righteousness” (Romans 8:9,10). The Spirit makes God dwell in the believer through the work of Christ in the flesh on the cross (Eph.2:15–18, 22). The Spirit is also our link to Christ in terms of knowing Him (John 16:14,15; Eph. 1:17). The Spirit makes Christ dwell in and strengthen His people “pray that out of his glorious riches he [the Father] may strengthen you with power through his Spirit in your inner being, so that Christ may dwell in your hearts by faith” (Eph. 3:16,17). The Spirit who unites the Christian to Christ in so many ways also unites him to Christ in the sacrament.

The centrality of the Spirit in applying Christ and His work is not an invention of the Reformed. Rather, as Calvin saw, it is clear biblical teaching. To stress the role of the Spirit is not to spiritualize the supper, but rather to see the powerful link between the body of Christ and the believer. When Christ’s people come in faith to the table of the Lord, the Word and the Spirit unite the communicants to Christ and all His blessings. Christ promised not to leave His followers as orphans and He has fulfilled that promise in the Spirit, in the Word and in the sacraments. All His promises are fulfilled and confirmed in the faithful reception of the Lord’s Supper. “My body which is for you” is given to His people. How graciously and wonderfully Jesus continues to provide for and come to His own.