Jesus of Yesterday and Today

The author of this most timely and well· written book is a father in Israel. He not only dedicates it to his grandchildren, but in the account of his life we learn that for over forty years he has been a minister of the gospel, of which thirty were spent in editing church papers, the “Presbyterian” and “Christianity Today.” He is also the author of another book that appeared a few years ago, Christianity Rightly So Coiled. Dr. Craig is, therefore, eminently qualified to fulfill his purpose in the writing of this book, namely, to encourage “his readers in the midst of their trials and perplexities to live genuinely Christian lives” (p. 9).

The title of the book, as we all recognize, is taken from Hebrews thirteen, verse eight, “Jesus Christ is the same yesterday and today, yea and for ever.” The author points out that it was Jesus Christ who was activating and energizing the men and women of great faith and prodigious achievement that have gone on before, and that Jesus Christ is the same today as he was through all those yesteryears—and will be the same forever! Therefore, we ought to be of good courage, we ought to imitate the faith of our spiritual forbears.

The present volume ascribes the unchanging power of Christ to the fact that he was not the first Christian as some mistakenly believe, but that he came into the flesh to be Lord, Redeemer, Regenerator of character, Example, Friend, Teacher, Sovereign Miracle Worker, Judge and Cosmic Redeemer. The controversy about Jesus today, says the author, centers in the question, whether Jesus “was merely an example of faith or whether He is its object” (p. 21). Looking at the matter historically there can be no doubt that tho creeds of Christendom as well as the writers of the New Testament did not consider Jesus merely an example of faith or a teacher of morals, but they worshipped him as the Christ of God.

Such a high view of Jesus is the only one that comports with the cosmic position of Christ in the universe, namely, as the one by whom all things were made, who also upholds all things and shall appear as the judge of all men. Only thus can we understand the incarnation and the miracles. For he is the one that has received all authority in heaven and upon earth. He is the last and final revealer of the Father, and therefore Christianity is the final and perfect religion.

Furthermore, we shall also be led to assume the proper attitude toward this world and its activities. For if we think of Jesus too exclusively in relation to humanity and think of our calling as converting others to faith in him, we shall thereby neglect our calling in the spheres of art and science, literature and politics. The author rightly holds that a Christian is under no compulsion to be either a worldling or an ascetic recluse. Since the world in itself as created cosmos is not evil and our Saviour does not pray that we should be taken out of it but kept from evil while performing our calling, we should not isolate ourselves from the world but we ought to claim it for Christ.

For me to say that I recommend this book would be tame and trite. Let me rather urge it upon our general public for widespread reading. This book was not written for scholars only but for God’s children great and small, learned and unlearned. It has Simplicity, clarity and a profundity which flow from a deep understanding of the truth of God’s revelation. It shows maturity and insight of faith. It stimulates one’s hope of seeing Jesus, the same yesterday, today and forevermore, world without end! 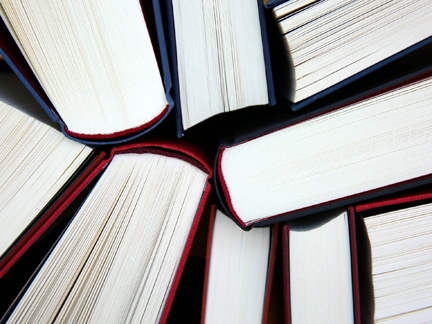 Are You a Biblical Baptist?

The question regarding the proper mode and subjects of Christian baptism is perennially discussed. The tract under review stresses the unity of all Christians in their common acceptance of this Christian rite, and further seeks to show in the spirit of humility the rightness of the historic practice of the church in baptizing infants. For those who do not have access to Warfield, Marcel and Murray (authorities consulted by Me. Marston ) this little tract may prove beneficial.

The first question, “Can the word ‘baptism’ mean only immersion?” is answered in the negative on purely biblical usage. The author maintains that although baptism symbolizes cleansing from sin by the blood of Christ, that is not its basic meaning. Rather, according to Matthew 28:19; I Corinthians 10:2; 1:13, etc., baptism indicates a relationship to a person, in this case to the divine Person. The basic relationship expressed by baptism is that of union with Christ in his death, burial and resurrection (p. 5), Several New Testament passages are carefully considered and Romans 6:2–6 is carefully explained to show that union with Christ is here expressed in three figures-namely, “planted together,” “crucified with” and “baptized into Christ,” all of which teach one and the same thing.

On infant baptism the author points out that this was not an innovation of the Roman hierarchy but rather a tradition received from the apostles. Further, the covenant with Abraham is stressed, as to its unity and spiritual character and the right of children in the covenant. Baptism is proved to be a sign of the covenant in this dispensation. Finally the relationship of baptism to the requirement of faith is clearly indicated with reference to the great commission as stated in Mark 16:15, 16. The author rightly insists that the principle “that faith should precede baptism,” is rightly applied to unsaved adults but not to the children of believers” (p. 23.). In conclusion we are reminded that no direct command to baptize infants is found, but that this is unnecessary and to demand it unreasonable.

All in all, within the compass of twenty-five pages, this little tract presents an appeal to all Christians who still hold the Bible to be the infallible rule for faith and practice to take the biblical stand on the matter of baptism. The work is well done, May the King of the Church use the efforts of Mr. Marston greatly. May those who seek the truth read this little treatise without prejudice.

Dr. C. Van Til and his Critics

To get Eenigenburg’s full thought on tho matter one should read the entire review. He is not without criticism, even sharp criticism of Van Til. He is especially dubious about the validity of Van Til’s philosophy, and does not think that the Westminster theologian and philosopher shows convincingly that his philosophy necessarily flows from this theology. Eenigenburg has no doubt about the Reformed character of Van Til’s theology. Regarding a statement of Van Til’s theological position in Chapter I of the Defense, the reviewer has this to say: “In so few pages it can be given only in barest outline, but there is sufficient there to show that Van Til is in thorough accord with Calvin and the main line of Reformed theology” (p. 55). It is apparent that this statement is made in a context of wider reading in Van Til’s works.

Whether Eenigenburg’s strictures on Van Til’s philosophy are valid is a question we cannot enter into at this point. We would now call special attention to Eenigenburg’s general contents on the manner and spirit of Van Til’s critics. We quote these comments in full:

After a careful reading of this book, coupled with a diligent perusal of most of the protest literature, this reviewer came to a number of conclusions about the controversy and its main participants. This was rather inescapable, and I set them down for what they may be worth to the reader, hoping that he will then go to the literature, if he has not already done so, read it carefully and form his own conclusions. We noted above that charges were brought against both Van Til and his system of apologetics, though the first usually in the name of the second. A number of the critics, notably Dr. Jesse DeBoer, allowed themselves to be carried away from time to time with strong emotional feelings. A note of asperity was observable here and there, and this is unfortunate, for an objective, even charitable, discussion of the issues would have been productive of far more understanding and theological clarity. But even worse, the critics either failed to understand Dr. Van Til’s point of view, or they misrepresented it. The first of these is, of course, always a possibility, but the second is inexcusable. When one of Van Til’s sentences or paragraphs lends itself to two or three different interpretations, and the critic unfailingly chooses the worst possible interpretation as Van Til’s undoubted position, scholarship has been abandoned in favor of personal pique. The critic may defend himself with the assertion that Van Til’s use of language renders this kind of procedure inevitable, and there can be no doubt that Van Til’s terminology, as his peculiar use of metaphor, leaves much to be desired. But anyone who has read Van Til through the years should have no special difficulty working through this problem to a reasonable exegesis of what he is trying to say. It should be said that not all the critics are guilty at this point, but those who wrote most extensively surely are.

Another peculiarity of some of the critics was to ‘read between the lines,’ that is, to judge Van Til, not for what he said, but for what he must be understood to have said….In the critics’ desire to show that Van Til is endangering the traditional Reformed theology with a dubious apologetic, they seem rarely to be satisfied with dealing with precisely what he said. Or, as we noted above, some may not have understood what it was he was saying (pp. 53f.).