Story of the Old World

This is a text book prepared by the National Union of Christian Schools for use in elementary and junior high school teaching. Its general scope is western civilization from earliest days down to around 1650 A.D. It thus covers a very wide field of human activity, but at the same time offers a great opportunity to lay down the basic lines for a philosophy of history. In attempting to meet this need, a clearly Christian interpretation is placed upon the events which are recorded. Not only is there no acceptance of a generally materialistic account of the origins of things, but also throughout the pages of the book every chart is made to look at events, personalities and movements from the Christian point of view.

In attempting to write a book of this type, the author has faced a good many serious problems. For one thing he has had to depend for his material upon primarily non-Christian sources giving a humanistic or materialistic interpretation of the facts. But what is even more difficult is to attempt to write history from a Christian viewpoint, without letting the history become mere philosophy. No Christian would ever claim that he could apply his philosophy to historical facts at all points, for he can do so only when the connection between his philosophy and his facts have been given him by divine revelation. The reviewer feels in this connection, however, that the author would have been aided considerably in his endeavor if he had laid somewhat more stress upon the Covenant idea as that which is history’s motive. It might have given more unity to the writing.

One cannot but be impressed with amount of material which has been given in the 400-odd pages. Yet, at the same time, there is no feeling of crowding or pressure as one reads, for the book is well-written and eaSily understood. There are of course a number of slips of fact, as when we are told (p. 137) that 5,000 were admitted to the Church at Pentecost, adding 2,000 to the apostolic total. Likewise there is the implication (p. 18) that Adam and Eve would not have known the nature of evil if they had not fallen. Strangely enough some of the pictures contain incorrect rubrics as when it is said that William of Normandy fought King Edward of England (p. 271); or when St. Cuthbert’s Church, Edinburgh is shown as St. Giles Church (p. 335).

On the whole, however, this book is a very good piece of work. It is a pioneer in the field of school texts written from a Christian point of view. As such it should be useful, not only to children in the Christian schools, but also for those parents whose children are going to public schools, but who wish to provide their children with an antidote for some of the things which they are learning. 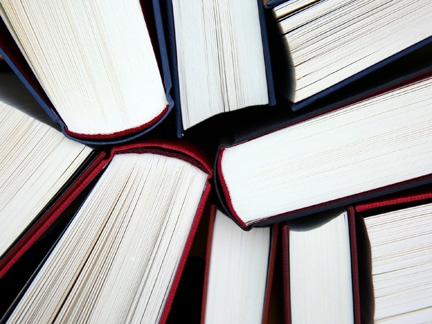 Students are still arguing whether Dr. Brunner’s contributions to theological thought are to be denoted as neo-orthodox or neo-modern. Although not written with a view to settling the debate, this book helps to clarify the issues involved. Dr. Paul King Jewett is professor of Philosophy of Religion at Gordon Divinity School, Boston.

An able spokesman of “old-orthodoxy” in the traditions of Calvin and the Westminster divines, he analyzes and critically evaluates Brunner’s view of revelation, a view in the tradition of Kierkegaard and Ebner.

In analyzing Brunner’s understanding of God’s speech to man and man’s response to God in his revelation, Jewett digs deep and lays bare various motifs which move vigorously in Brunner’s thought world. Not the least important of these dominating themes is that of dialectical existentialism. With carefully documented evidence Jewett shows how Brunner’s indebtedness to Kierkegaard can be discerned. Some fifty pages arc devoted to an analysis of such concepts as immanence, uniqueness, the moment, myth, crisis, dread, decision, indirect communication, contemporaneity, etc. (cf. pp. 12–62).

Another motif which informs Brunner’s thinking is derived from the personalistic philosophy of Buber and Ebner. It plays its own unique role in Brunner’s idea of revelation as personal self-disclosure and faith as personal correspondence. And as if this were not sufficiently complex; we call attention to what Jewett makes of Brunner’s neo-Kantianism in connection with the nature and function of reason in relation to revelation and faith (pp. 85ff).

For his incisive analysis we are grateful and that for this reason: sometimes one hears that we should consider thinkers like Brunner, Barth, and others as mere theologians in abstraction from philosophy. The impression might be created that a theologian call be evaluated with one’s eyes closed to the philosophical motifs which inform his theological concepts. A careful reading of Jewett’s analysis effectively cures one of any such naivete.

Chapter five introduces a charitable and effective critique of Brunner’s view. This reviewer believes that Jewett realizes his hope that his critique would be worthy of the thought which precipitated it (cf. p. 139). He clearly shows that Brunner cannot consistently maintain the Kierkegaardian dialectic of time and eternity. This app roach “has not proven a successful instrument in getting above the orthodox-liberal antithesis. If history is given its right, then the dialectic must disappear. If the dialectic triumphs, however, then one can no longer talk about a historical revelation!” (p. 146). The author quotes with approbation the words of Schmidt, a reputable German theologian, who says, “Not only a formal but also a material antithesis—divides the world view of the Bible and that of the dialectical theology” (footnote 27, p. 156).

Interesting and instructive is Jewett’s criticism of the way in which Brunner employs Scripture. At times he appears to come perilously near accepting in effect the doctrine of inspired Scripture which he Scientifically rejects (cf. pp. 162–164). At other points his view of “biblical authority is dwarfed to the vanishing point” (p. 172; cf. also p. 156). Since Brunner thus obviously plays with Scripture to suit his own purposes, it is no small wonder that Jewett can intelligibly speak about Brunner’s mysticism, and conclude his critique of Brunner’s view of verification by saying, “on Brunner’s own position it is not clear that we can know anything” (p. 185).

We wish to thank Dr. Jewett for his fine book and we hope that a wide reading circle will be found to compensate him in some way for his painstaking chart. Our congratulations also extend to the Evangelical Theological Society which undertook the publication of this work. May this organization be used to witness effectively for a biblically warranted and documented theology.