“There is no more significant question in the whole of theology and in the whole of human life than that of the nature and reality of revelation” (p. 17). Thus does Professor Berkouwer close his opening chapter in this volume entitled General Revelation, the fifth of a series of 19 monographs in the field of Dogmatics to be published in English. Though the fifth to be printed, this volume belongs as the first of the series, since it is dealing with the foundational question in theology, namely, “revelation.”

Professor Berkouwer’s treatment is not that of the traditional theological method, though he is one who seeks to stand in the stream of the historic Reformed faith. The relevance of his work is seen in the fact that his treatment is not merely a repeating of earlier Reformed statements. It is rather a dealing with the problem in the light of the modern theological situation. Ultimately in this treatment he shows that the historic Reformed. position of Calvin and of the Reformed standards is the Biblical position and that it still stands as the best statement of the doctrine of general revelation. The very fact that there have been so many arguments raised in recent times about these issues which call forth such an able defense of the historic faith as this of Professor Berkouwer indicates to us the relevance of the historic Reformed Faith for our day. All too often we hear the idea expressed that the classic Reformed faith is “dead” or “stagnant” and “not dynamic.” Berkouwer in his up to date and pointed treatment of the contemporary theological speculations should answer such charges as they are hurled against the historic faith. It is especially refreshing to see how the author openly asks the question whether the historic creeds on general revelation must be rejected or revised in order to bring them up to date, and the way in which he answers the modern critics on this matter. In a most scholarly fashion the author deals with the various modern theologians, first presenting their own views fully and in detail, and then with deftness pointing out the weaknesses of their views. On several occasions he shows that the modem critic (such as Barth, Brunner or Bultmann) of the historic Reformed standards has not understood those standards properly, and that his basic theology is contrary to the Reformed faith.

On the basis of this view, there can be no such thing as general revelation, and so Barth would reject the historic confessions of the Reformed Faith which speak of general revelation. Berkouwer points out quite adequately the error of Barth in identifying natural theology and general revelation as the same. Further he points out, and we think this is of special importance to the Christocentric Fundamentalist of today, that the whole view of Barth is due to this unnatural Christological bias. “He sees the entire question of revelation Christologically, and does not take into account the rupture which became visible in history from paradise to the fall, upon which Calvin’s conception of the inexcusableness of man wholly rests…This ‘inexcusableness’ is not related to an original revelation in creation but to the cross of Christ alone” (p. 32). Perhaps Berkouwer does not bring out sufficiently the danger that modern Fundamentalism has of falling into the Barthian camp, just because of the sentiment attached to being Christocentric. It does seem to this reviewer that Barth’s weakness regarding general revelation, which Berkouwer so dearly points out, is due to the imposing of an unnatural Christocentric bias upon all his theology. The true Reformed position is not first of all Christocentric, but rather Theocentric. Granted, this involves a properly Christocentric position, but it should not lead to a displacement of all else by the Christological. Barth’s rejection of the Bible as revelation and of general revelation itself shows the error that this unbalanced type of theology can cause.

Berkouwer shows his true Reformed position in his complete subjection to the Word. “Only one who truly bows to the Word of God will be able to find his way through the underbrush of these discussions and to speak responsibly concerning the revelation of God” (p. 16). Or again toward the end of the volume he says: “As has been mentioned earlier, the point of departure must be the fact that all our knowledge concerning general revelation is based upon, indeed, must be based upon, the Holy Scriptures” (p. 285). It is, then, on the basis of the Bible that he answers the question raised by Barth as to whether revelation is to be found exclusively in Christ. After dealing carefully with the exegetical problems of the “once for all” of Hebrews and the first verse of that book, he concludes: “If we but avoid misunderstanding we might say that Scripture does not in the Christomonistic sense consider God’s revelation Christocentric, hut trinitarian” (p. 108).

It is certainly true that the revelation of Christ is exclusive in regard to salvation. He is the Door, the Way, the Truth and the Life, and thus we should not get lost in the “generality” of revelation. There must be a true and proper balance in our concept of the exclusiveness of Christ, and yet recognition that there is such a thing as general revelation. The latter should never lead us to think of natural theology that is in any way sufficient without Christ. Ultimately as Berkouwer points out: “…in the most profound sense, no true knowledge of the revelation of God in the works of his hands is obtainable without faith in Christ.” It is “not a question of our knowledge of nature as such, but rather of our lmowledge of God’s self-revelation” (p. 285). General revelation is recognized by Berkouwer as sufficient to leave men without excuse, but insufficient to bring men to salvation. The failure of man to recognize in God’s works his power and divinity is due to his guilt. “Man who is out of communion with God faces this revelation blindly” (p. 313). It is only as we come to know Christ, and trust in him by faith as the door, the way, the truth and the life, that we come to see the truth of God’s revelation of himself in the works of creation and providence.

We see in this volume of Berkouwer a most worthwhile treatment of general revelation for our day and age, in which the historic faith is reaffirmed and defended against the modern attacks of the “neoorthodoxy” or “new modernism.” He shows a thorough knowledge of contemporary theological writing. The work is designed to be of interest to the layman as well as the trained theologian. The very fact that Professor Berkouwer does present so many of the modern views may cause the average layman some discouragement in seeking to find Berkouwer’s own view. We think it certainly worth the effort of reading if one would truly be informed of the modern situation regarding general revelation and the answer of the historic Reformed faith to its critics. 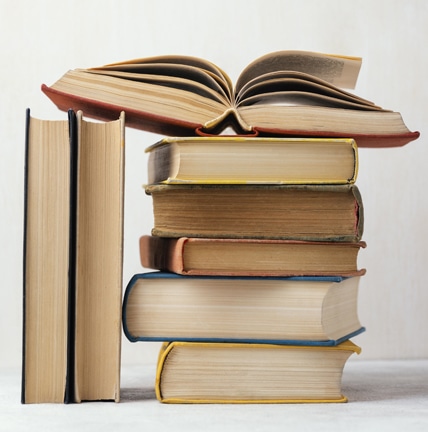