The Modern Student’s Life of Christ

This reprint of Dr. Vollmer’s excellent little handbook on the life of Christ is a most welcome volume to those who would study and teach the life of our Lord. Dr. Volliner was born in Germany in 1860 and educated in this country. Entering the ministry of the Presbyterian Church in 1884, he served pastorates in both the Presbyterian and German Reformed Churches until 1905. He taught theology at Ursinus School of Theology from 1898–1907, then at Central Theological Seminary, Dayton, Ohio, 1907–1923, and at Eden Theological Seminary, 1923–1925.

Dr. Vollmer himself characterizes his point of view in the book as “uncompromisingly evangelical”…in spirit and specific teaching. In general we agree with the author, but there were points at which we felt that he distinctly departed from the historic evangelical position. It is interesting to note that when liberalism was still not dominant in many of the great denominations of our land, a man such as Dr. Vollmer, who seemed to be desirous of being conservative and evangelical, yet shows certain basic weaknesses that would permit the beginnings of liberal thought, which would eventually very largely take over the very churches in which Dr. Vollmer served.

The book is divided into three major sections. In the first section the author has compressed a great deal of information about the geographical, physical, political, and religious world in which Jesus lived. There are places where some of the information given could be improved, upon the basis of more recent studies in this field, but generally this is a most helpful section for the student of the Gospels.

The author treats each section of the life of Christ under five heads…First, he gives what he considers to be a minimum content statement of each section. In this statement, he seeks to use direct quotation from the Scripture, or a very close paraphrase of it. One helpful thing in these sections is the numbering of various different points to be noted. In such things as the Sermon on the Mount, the whole sermon is outlined for the student. Following this section on content, comes a section of “explanatory notes,” most of which are quite helpful in understanding the text. Then there follows a section on “practical lessons.” Here again many of these lessons are helpful, especially as homiletical aids, but at points some of the “practical lessons” seem to be unrelated to the text itself. The fourth section is on “reference literature.” The fifth section is made up of “questions for discussion,” which are quite stimulating for study groups. 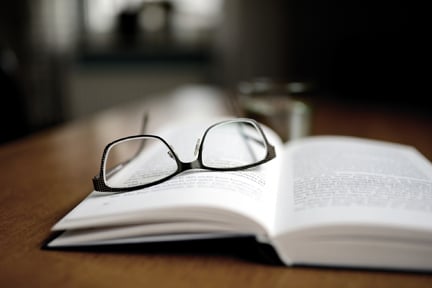 The third and last major division of the book is entitled “General Aspects of the Life of Christ,” in which various subjects such as the character and work of Jesus, the chief problem in his life, the influence of his life and the critical views toward him are treated. Again, as in previous sections, if this section could be brought up to date to include some of the more recent critical views and answers to them it would be of more value.

As indicated earlier most of the volume is of value as a student handbook on the life of Christ, but there are some places where Dr. Vollmer fails to maintain his good standards, either as a scholar or a theologian. I shall cite one or two such instances. For example, in his outline of the Sermon on the Mount, he speaks of the last half of the 5th chapter of Matthew as “The Relation of Christ’s Law to the Old Testament Law,” apparently failing to see that Christ was contrasting the true interpretation of the Old Testament Law with that of the Pharisees. Instead Vollmer tends to set up a false antithesis between the Old Testament and Christ. One of his comments on the Lord’s Prayer reads thus: “The Lord’s Prayer is a beautiful expression of the Fatherhood of God and the brotherhood of man” (p. 123). He seems to forget the fact that the Scripture is perfectly plain elsewhere that the Fatherhood of God applies only to His own, the Church, and makes his statement in a general universalistic sense, without any qualifications.

Again he shows a lose way of theological expression, when he says, “God’s word comes to us through (a) the Bible, (b) our conscience, (c) Providence in history, (d) the Holy Spirit, (e) the counsels of God’s people” (p. 82). It is perfectly true that God may deal with us through these various means, but it is hardly correct to say that God’s Word comes to us in any thing other than through the Bible itself, which is the only infallible rule of faith and practice.

It seems to me that in these two or three instances of weakness in this volume. we see the beginnings of letdown in theological matters that eventually led to a general influx: of liberalism into the great denominations of our country over the last generation. It is because of this type of weakness that the reviewer hesitates to give a wholehearted recommendation of this volume. BaSically it is a sound and most usable book, and yet there are definite deficienses both due to its age, and also to these theological weaknesses that greatly impair the value of this work. We might well wish that some professor of Bible in our own day would undertake the work of revising this volume, bringing it up to date, and clarifying these theological difficulties. Then we would have a most valuable handbook for classes in the life of Christ. Despite all of these weaknesses we do feel that this book can be most usable for a discerning student of the Gospels.