Attrition and Contrition at the Council of Trent

This is the doctrinal dissertation of Dr. Gordon Spykman, now minister of the Christian Reformed Church at Blenheim, Ontario. Dr. Spykman’s academic work at the Free University of Amsterdam was carried on under Dr. Berkouwer, himself a past master at the “gesprek” with Roman Catholic theologians. Many of the things said in this book arc, in fact, elaborations and elucidations of points made by Berkouwer in his Conflict Met Rome.

A proper appreciation of the value of this book must be predicated on the assumption that we do not yet know everything that is to be known about Roman Catholic theology. This is indeed a very sound assumption to make; investigation may be counted on to prove that we know less of that theology than we think we do, and that there is profit in seeing it more clearly. One fact which emerges clearly from such an investigation is that the usual American alarmist attitude toward Catholic political influence is not the last word that can or should be said on the subject of Catholicism.

A first-hand investigation of some phase of Roman Catholicism may also be counted on to shed light on another question frequently bandied about. The book now under discussion does precisely that. The question is whether we are not closer to Roman Catholicism in our stand on many questions than we are to the broad streams of Protestantism in our day. I believe that we are; and this book does not contradict that belief. But it does demonstrate that, although we stand with the Catholics on many practical points, we are far removed from them theologicalIy. 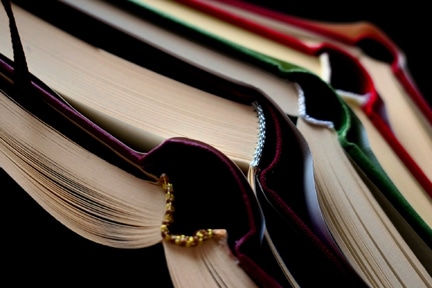 This dissertation is an excellent example of the kind of discussion of Catholicism which is common in Europe but almost non-existent in the United States. The author has seized upon the doctrine of attrition and contrition as his point of departure, but as he correctly observes, “Every dogma is a gateway offering entrance to a wide and rewarding field of theology.” Dr. Spykman has capitalized upon this breadth, both as to the doctrinal system of the Roman Catholic Church and its historical development.

Actually, about as much time is spent in leading up to the Council of Trent as in dealing with that council itself. In the historical section, as well as in the Introduction, the author manifests a well-ripened sense of history. In dealing with the penitence doctrines of the Church from the ancient period through the later Scholastics, Dr. Spykman allows the reader to see clearly how the perversion of a doctrine may be gradually dictated in each step by “unavoidable” circumstances. Credit is due the author for not oversimplifying his problem. He is not guilty of suggesting that the Church might easily have avoided the difficulties concerning attrition and contrition. But, while recognizing the difficulty of the situation, he does indicate clearly that the solution of this difficulty at Trent was not satisfactory.

The historical review is concluded and climaxed by a treatment of Luther’s comments on penitence. The review of the significance of the Reformation is sound and illuminating. The treatment of Luther is lively and stimulating. The author well reflects Luther’s ability to pierce through medieval dogmatic accretions to the heart of the matter; a penetration which often seems more intuitive than deductive.

The Council of Trent was confronted with the question whether attrition (fear of punishment) or contrition (godly sorrow) properly constituted the preparation for receiving grace. The background of this consideration was the multitude of opinions brought forth by the Middle Ages. The occasion was the rise of the Protestant theology. A host of questions were associated with this central question. Is grace irresistible or contingent? How is grace transmitted? Does the priest actually absolve from sin, or does he declare absolution on the basis of previous divine forgiveness? Is contrition the source of penitence or its fruit?

Facing these questions, Trent was as broad as it dared to be. By a process of amazing mental gymnastics and theological double-talk, the various mutually contradictory schools of scholastic opinion were included. The one resolute position which was taken was that Protestantism was absolutely excluded. As Spykman says, “. . . on the one hand a position was adopted hostile to the Reformation, while on the other hand the inter-Council differences of opinion were in effect referred back to the schools as fuel to feed the flames of continued controversy.” That Protestantism was the one thing opposed was, of course, not the result of the investigation of the subject, hut the avowed purpose of those who early gained control of the council. After some maneuvering, the Council of Trent succeeded in adopting a definition of Catholic doctrine which effectively closed the door to the Reformation. This was not only a grave disappointment to those who had hoped for a reconciliation, but, as a former teacher of the present reviewer says, it constituted the point at which the Roman Catholic Church became formally and officially heretical.

The point-by-point debates, the conflicting opinions, the jockeying for position which took place at the Council of Trent are ably described by the author. One cannot escape the feeling that there is a strange kinship between this crucial Roman Catholic council and the present ecumenical efforts of Protestantism, in that both seek by compromise formulas to include every climate of opinion except that which insists that there can be only one right view. That conservatism, in whatever context, fares ill under such handling, is suggested by Dr. Spykman’s concluding paragraph on the Council of Trent, which reads in part as follows: “The Reformers’ protests were openly condemned; the contritionists watched their right of existence reduced to a minimum; while the liberal and moderate attritionists emerged as favorite sons . . . . The antitheses standing irreconcilably opposed to each other within the broad lines of general agreement were left untouched. Definition was carried no further than the common ground of agreement would tolerate, and what lay beyond this easily reached boundary was either side-stepped or covered by means of an equivocation. Hence every phrase and every term was weighed and re-weighed in order to assure the neutral character of the final decree.” And not only does this make us think of Evanston’s ambiguity, but the Catholic Church today has continued such Delphic pronouncements as these. for example with respect to the Liturgical Movement.

Dr. Spykman concludes his treatment with a chapter of conclusions illustrated from the writings of Calvin. In this section he further highlights some of the far-reaching consequences of Trent’s decisions on the subject of this doctrine. Central among them, perhaps, is the conclusion that the Roman Catholic Church has remained a medieval church. This is something of a truism, but it receives new treatment and new illumination in this thesis.

A few negative points of a formal nature may be noted. A previous reviewer has already noted the prevalence of printing errors; we will not belabor this point any further, except to say that this shortcoming is indeed distressing and distracting. The author sees fit to use the adjective “Trentine” instead of the more customary ‘“Tridentine.’” He also repeatedly uses the word “principal,” the meaning and derivation of which I can surmise, and the frequent use of which I observe, but which I cannot locate in the dictionary.

All in all, however, Dr. Spykman’s work is a scholarly piece of work of a high order of excellence. It is the kind of thing of which we ought to see more. The sort of understanding to which he points us cannot be the work of one lone scholar, but must result from the labors of many men profiting from and criticizing each other. This dissertation itself is of considerable value. But if the author will continue his researches, and if his example will inspire others, who knows what benefits may result?