The Well-Meant Gospel Offer, The Views of H. Hoeksema and K. Schilder

The witness of the Church is in danger of being silenced when theologians go off on logical tangents in order to satisfy the demand for a “reasonable faith.” The desire for logical consistency in matters of faith has sometimes led to theological constructions which appear reasonable but which cannot be maintained because they are not fully conditioned by Scripture. When this happens theology becomes more speculative than biblical.

A case in point is the tendency of some theologians to deny common grace in the face of many plain statements of SCripture. Reasoning deductively from a supralapsarian a priori in which election and reprobation are regarded as absolutely parallel acts of God, Hoeksema and Schilder are led to deny that God is favorably disposed toward the reprobate when he calls him to repent and believe. They reason that God cannot offer salvation to all men because he does not possess salvation for all men.

Three lines of thought converge in the problem of the well-meant gospel offer. There are the questions of God’s decree, God’s covenant and common grace. One aspect of the problem is posed in each of these three areas of thought, as follows:

1. If God has decreed from all eternity to pass by some sinners with the saving operations of his grace, how can the invitation of the gospel be a serious offer of grace to the reprobate whom God never intended to save?

3. Does the gospel offer really constitute common grace when its promises are fulfilled only with reference to the elect?

Dr. Alexander C. De Jong in answering these questions brings us the products of his theological research at the Free University of Amsterdam. He presents a careful, clear and well-documented analysis and critical evaluation of the thinking of Hoeksema and Schilder, whose theological views have presented a sharp challenge to Reformed thought in recent years. 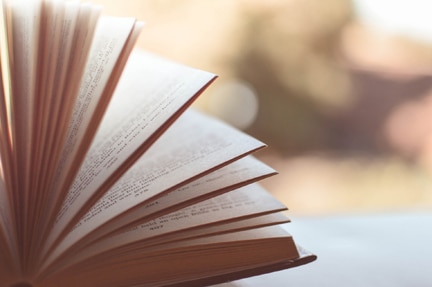 Hoeksema rejects the idea of the covenant as a pact, an agreement! with mutual stipulations, conditions and promises. He says, “Man can never have the prerogative, or receive it from God, to make his stipulations and to demand eternal life on the basis of anything whatever that he has done or that he believes” (p. 36). This leads him to reject the idea of the pre-Fall relationship as a covenant of works.

Since Hoeksema views the covenant as unconditional, he also regards it as particular. It has reference only to the elect. God promises nothing and offers nothing to the reprobate. The reprobate who lives within the covenant community (as a child of believing parents ) and hears the gospel offer “comes into close contact with the promise, but he never receives it” (p. 40).

This in turn determines Hoeksema’s view of the nature of preaching. Preaching is never to be considered an offer of salvation. God cannot offer salvation to the reprobate, since he does not intend to grant them salvation. Preaching is a setting forth of the way in which God saves men, with a promise that God will certainly save the elect. Preaching is grace only for the elect; it is always a curse for the reprobate. Through gospel preaching God brings the reprobate in contact with the promises in order to harden them and prepare them for eternal damnation.

Underlying all of Hoeksema’s thinking on these points is a basic error which De Jong calls a “competitive polarity motif.” This means that instead of thinking of the God-man relationship (covenant ) in terms of reciprocal fellowship, Hoeksema conceives of God and man as two mutually competitive “factors.” Instead of seeing man’s actions as integrated into the realization of God’s counsel, he regards God’s actions and man’s actions as antithetically related. Man as a sinner stands opposed to God, and God realizes his counsel in spite of man. De Jong correctly points out that “man as a creature together with all his activities—in faith and unbelief—is never a competitor of God. God’s counsel and man’s counsel are not two factors which mutually condition one another. God’s counsel as his counsel is so constituted that it is historically realized in and through every human activity. Since this is so we can never overemphasize either God’s sovereignty or man’s responsibility” (p. 80).

Schilder’s view of the well-meant gospel offer is not by any means identical with that of Hoeksema, although both theologians reject common grace in the offer of the gospel.

Schilder rejects Hoeksema’s view of the covenant engagement, regarding it as mutual instead of unilateral. In Schilder’s thought the covenant is conditional and general. The promise is well-meant in the sense that no one has a right to reject it; God offers Christ in the gospel with utmost seriousness to both elect and reprobate children of believing parents. But does not a general offer imply common grace? Schilder answers, No. We cannot conclude that because the promise comes to all who live within the covenant community, God has an attitude of favor toward the reprobate who hears the promise. For while God is favorably disposed to· ward him as a creature, he is unfavorably, disposed toward him as a covenant breaker (pp. 67, 147). There is no such thing as a gospel offer which is indicative of God’s grace toward the non-elect. The “offer” of Christ to the non-elect person is “well-meant” because God is terribly serious in demanding obedience of him; but the Christ who is offered him will turn out to be his Judge instead of his Savior.

Schilder deals with the problem of gezindheid ( the attitude of God toward man as sinner) in terms of a “coordinated double decree” of election-reprobation. God’s attitude toward sinners is determined by his decree. God’s love, based on the decree of election, is manifested toward the elect sinner in the gospel offer, while God’s wrath, based on the decree of reprobation, is manifested toward the non-elect sinner in the gospel offer.

The main objection which De Jong raises against Hoeksema and Schilder is that they both tried to resolve the question of a well-meant offer and Gods attitude toward sinners in term of a balanced construction of favor and disfavor, salvation and condemnation. Behind this is their supralapsarian notion that God procreated elect and reprobate creatures as such in accordance with a pre-temporal plan. This view unfortunately gives encouragement to the charge laid against the doctrine of predestination by Barth in his Kirchliche Dogmatik, that God indifferently consigns certain individuals to salvation, and others to condemnation (p. 116).

However, in his reaction against an absolute parallelism between election and reprobation, De Jong perhaps goes a bit too far in the other direction in his constant emphasis on sin as the cause of reprobation. In underscoring man’s responsibility he fails to do full justice to God’s will as the ultimate cause of reprobation. On page 130 he says, “The cause of faith is election in Christ, and the cause of condemnation is the rebellious sinner’s persistent rejection of God’s unstimulated call to salvation. No one disbelieves because he is a reprobate. He is a reprobate because he does not want to believe, because he wills to live without God, and because he resists the redemptive will of God revealed in the gospel call. His unbelief, his rejection, his resistance bears an indirect relation to the will of God’s decree similar to God’s ‘permissive will’ in relation to sin.”

Calvin did not accept this view of reprobation. While holding man fully responsible for his condition, Calvin always goes back to God as the first cause of reprobation. “Here they (objectors to reprobation) recur to the distinction between will and permission, and insist that God permits the destruction of the impious, but does not will it. But what reason shall we assign for his permitting it, but because it is his will?” (Institutes, III, XXIII. 8). Again, Calvin says, referring to the ultimate cause of reprobation: “… We must always return at last to the sovereign determination of God’s will, the cause of which is hidden in himself (we. cit.). De Jong might have presented a more balanced view of reprobation by distinguishing between preterition as a sovereign act of God and condemnation as a judicial act of God with respect to man’s sin. It is true that sinners are not punished for being non-elect; but they are non-elect because of God’s decretive will. As C. Van Til says, “The fully biblical and therefore, fully Reformed, position is not reached tin God in his sovereign decree is made the ultimate cause of all that comes to pass in this world through the deeds of men, whether these deeds lead to their final destruction or by God’s grace to their final glory” (Torch and Trumpet, Vol. IV, No. 5, p. 7).

The problem of a well-meant gospel offer involves a complex of paradoxes or apparent contradictions: universal offer limited redemption; conditionality-unconditionality; common grace-particular grace; divine sovereignty-human responsibility; grace-freedom. There is no real conflict between any of these pairs of truths. The unlimited offer of the gospel is not inconsistent with the doctrine of particular redemption. These two truths involve a paradox which human reason cannot solve. But as both are clearly taught in Scripture, we should accept both on the authority of God, and reverently refrain from trying to explain the paradox by human reason. The weakness of both the Arminian and the hyper-Calvinist is that they try to solve the paradox logically. Each attempts a solution by removing one aspect of the paradox. The Arminian removes particular grace and the hyper-Calvinist removes common grace. But the strength of the Reformed faith is that it allows these paradoxes to stand and not be tampered with by human speculations.

The value of this scholarly study lies not only in its clarification of issues which are urgently pressing for a solution in theological circles today, but in its stimulus to a more decisive preaching of the gospel of the grace of God. Preaching calls for a decision, that sinners may escape the wrath to come and through faith ultimately inherit the promises. The Reformed preacher must unhesitatingly press for a decision, assured that by the Spirit and the living Word God renews the sinner’s will and calls forth a response.