Christmas is a holiday widely celebrated each December. One dictionary defines it as “the annual commemoration by Christians of the birth of Jesus Christ on Dec 25.”1 This is the definition that many people know today. Many think that Jesus was born on December 25. As one Christmas song indicates, “Mary’s boy child, Jesus Christ, was born on Christmas Day.”

In fact the word Christmas is a combination of two words—Christ and mass. Thus, literally it means the mass of Christ. Christmas was originally a celebration of a particular mass in honor of the birth of Christ. The word mass comes from the Latin word missa. In the Latin Mass (the church service of Roman Catholics), at the conclusion the following Latin expression would be pronounced: ite missa ist, which means “Go, as it is dismissed,” or “Go, it is the dismissal.” So, literally, missa (or “mass” in English) means dismissal. Therefore, etymologically Christmas means the dismissal of Christ. Of course when the Roman Catholics think of Christmas, they do not mean Christ’s dismissal but Christ’s birth. But is December 25 really the birthday of Jesus? Examining the history of Christmas will help us answer this question.

Where Did Christmas Originate?

Some historians believe that Christmas goes back to the time of Constantine the Great. When this pagan emperor was converted to Christianity in 312, he began tolerating and spreading Christianity in the Roman Empire. The Roman Christians then started celebrating Christmas. This celebration eventually took the place of the holiday of Saturnalia—a pagan festival in honor of Saturn, the ancient Roman god of agriculture. This pagan feast, celebrated on December 17, included the exchanging of gifts. In the course of time, this practice became associated with Christmas. Other scholars also tell us that December 25 was regarded as the birth date of the ancient pagan god Mithras. In AD 349, however, Pope Julius picked December 25 to be the official day for Christmas, possibly in order to replace the pagan celebration of the sun god Mithras.

Despite the difficulty of tracing the origin of Christmas, what remains plain is that Christmas has a pagan origin and that December 25 is not really the birthday of Jesus. The Bible does not inform us of the exact date of Christ’s birth. In fact, Luke’s account about the shepherds being “out in the field, keeping watch over their flock by night” does not advance the idea that Jesus was born in December or in the winter. For the shepherds to stay out in the fields during the night in the winter would be odd.

Tony Capoccia has a helpful answer to this question:

Christmas is not Christ’s birthday, nor are we ever commanded to honor or celebrate His birth. Yet our culture has chosen this as an annual holiday, and it becomes much like any other national holiday for the Christian. We do not sin by putting up Christmas trees, lights, buying presents, etc. We know the true meaning, and use this national celebration to share some truth about who Christ really is, and why His birth is significant to the human race. We are in no way honoring any pagan god by using the day or the props set apart for that. If a Christian chooses not to celebrate Christmas then that is fine, but if they do, it is also fine.2

I like what Tony Capoccia mentions at the end of this quote. Those who choose not to observe Christmas Day should learn to disagree respectfully with those who, for instance, hold special services in observance of Christmas Day. Conversely, those who observe this holiday should also learn to respect the conviction of those who think that observing Christmas is wrong.

What Does the Bible Teach About the Birth of Christ?

First, the birth of Jesus focuses on the person of Christ. The message of the angels to Mary, to Joseph, and even to the shepherds was all about Jesus (Matt. 1:20–21; Luke 1:28–33; 2:8–14). Some who celebrate Christmas do not focus on Christ but on Christmas decorations such as Christmas trees, Christmas lights, and other Christmas icons. Their eyes are fixed on the earthly gifts rather than on the heavenly gift of eternal life. Some children are even more excited to hear about the fabricated Santa Claus than Jesus Christ. If you choose to observe Christmas, make sure that you center your celebration on Christ. 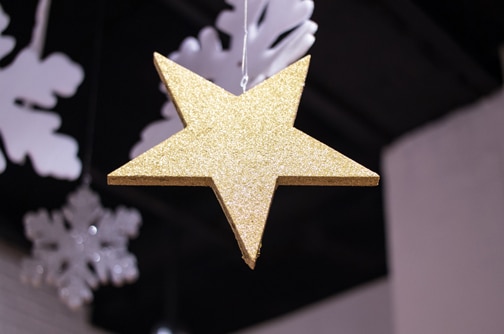 Second, the birth of Jesus focuses on the purpose of His coming into the world. Whenever the angels made an announcement about Christ’s birth, they always included the purpose for which Jesus was born. In Matthew 1:21 an angel of the Lord speaks to Joseph: “She will bear a son, and you shall call his name Jesus, for he will save his people from their sins.” Jesus was born to save sinners. In the words of the apostle Paul, “Christ Jesus came into the world to save sinners, of whom I am the foremost” (1 Tim. 1:15).              1. Dictionary.com, s.v. “Christmas,” accessed October 12, 2015, http://dictionary.reference.com/browse/christmas?s=ts. 2. Tony Capoccia, Bible Bulletin Board, accessed October 12, 2015, http://www.biblebb.com/files/tonyqa/tc04–168.htm. Rev. Brian G. Najapfour is the pastor of Dutton United Reformed Church, Caledonia, MI, and author of The Very Heart of Prayer: Reclaiming John Bunyan’s Spirituality (2012) and Jonathan Edwards: His Doctrine of and Devotion to Prayer (2013). He and his wife, Sarah, have two children, Anna and James. He blogs at biblicalspiritualitypress.org.