Can you imagine a winter without Christmas? We were being reminded of Christmas by the retailers long before Thanksgiving Day. Is Christmas really important? Our economy depends on it. Over half of the annual retail sales of major stores happen during the Christmas season. The economies of Europe and the Far East also depend on it, even though only about 3% of Europeans go to church to worship the Christ, and only one half of 1% of Japanese are Christians. Christmas is a huge holiday from an economic point of view. It is a real temptation for Christians to get caught up into the commercialism of Christmas and overlook its real meaning.

Christmas is considered necessary from a commercial point of view. But is it necessary from a spiritual point of view? Cur Deus Homo? Why did God become a man? The Bible gives us four reasons: First: “But you know that he appeared so that he might take away our sins and in him is no sin” (I John 3:5); second: “The reason the Son of God appeared was to destroy the devil’s work” (I John 3:8b); third: “No one has seen God at any time, but the only begotten Son who is in the bosom of the Father, has made him known” John 1:18 [KJV]); fourth: “He will appear a second time, not to bear sin, but to bring salvation to those who are waiting for him” (Hebrews 9:28b). So there are four reasons for Christmas: As prophet Jesus came to reveal the Father; as priest, He came to take away our sins; as king, He came to destroy the devil’s work; and He came to prepare us for His second coming. In this meditation I would like to concentrate on Jesus as King who came to destroy the devil’s work.

The Power of the Advent

What does that mean? Does it mean that the devil will be annihilated? No, that would not be punishment enough. The devil will not be annihilated but will be punished forever and ever in the lake of fire. “And the devil, who deceived them (that is, his followers) was thrown into the lake of burning sulfur, where the beast and the false prophet had been thrown. They will be tormented day and night for ever and ever” (Revelation 20:10). John tells us in our text that the devil’s work will be destroyed. 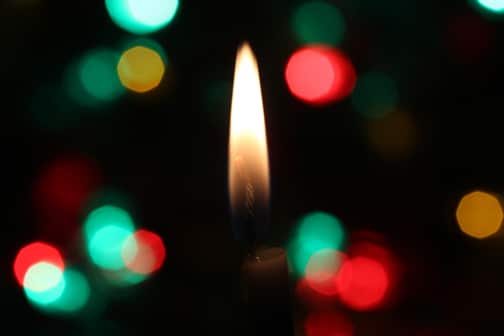 How the Devil Works

In John 8:44, Jesus says that Satan is a “murderer from the beginning, not holding to the truth, for there is no truth in him. When he lies, he speaks his native language, for he is a liar and the father of lies.” The devil is a liar in order to be a murderer. He wants to lead astray in order to kill. His purpose is to destroy life, to cut people off from God. See how he works. He is more subtle or crafty than any other creature (Genesis 3:1–7). Paul tells us: “But I am afraid that just as Eve was deceived by the serpent’s cunning, your minds may somehow be led astray from your sincere and pure devotion to Christ” (II Corinthians 11:3). The Bible is written in order that Satan may not outwit us, for we are not unaware of his schemes (II Corinthians 2:11). Paul tells the church to beware of the devil’s trap in choosing leaders for the church. “He (the elder or bishop) must not be a recent convert, or become conceited and fall into the same judgment as the devil. He must also have a good reputation with outsiders, so that he will not fall into disgrace or into the devil’s trap” (I Timothy 3:6,7).

There is another mask Satan uses. He hides himself and ridicules the whole idea that there is a devil at all. He is succeeding not only in the world but also in the church. It is not fashionable to talk about the devil today. Our forefathers were experts on the devil, his work and the judgment. But today this is not considered a good method for growing the church. The result is that the church generally is weak and not a powerful force to be reckoned with among the people.

But remember Christmas happened! The Son of God appeared to destroy the work of the devil. What does destroy mean? To destroy means to wreck, to break to pieces. This word is used in Acts 27:41 where we read about the shipwreck of Paul’s ship. The ship was broken to pieces. The Son of God appeared to break to pieces, to wreck the work of the devil. We read in Hebrews 2:14: “Since the children have flesh and blood, he too shared in their humanity so that by his death he might destroy him who holds the power of death—that is, the devil.” By His death and resurrection Jesus atoned for our sins. He conquered the results of sin and broke the power of the devil. He bound Satan (Revelation 20:2). As the disciples returned from preaching the gospel, Jesus said he saw Satan as lightning falling from heaven (Luke 10:18). The kingdom of God has come. The “stronger than the strong” man is Christ who overpowers Satan (the strong man) and casts him out (Luke 11:14–22). Satan who destroys life and puts out the light is defeated by Jesus Christ who is the way, the truth and the life (John 14:6). Jesus said: “I am the light of the world. Whoever follows me will never walk in darkness, but will have the light of life” (John 8:12).

Jesus destroys hatred and betrayal by the gift of love. “This is how God showed his love among us: He sent his one and only Son into the world that we might live through him. This is love: not that we loved God, but that he loved us and sent his Son as an atoning sacrifice for our sins. Dear friends, since God so loved us, we also ought to love one another” (I John 4:7–11).

Jesus destroys the lawlessness of the devil by giving us the law. The Lord is our covenant God who gave the Ten Commandments. The Son of God appeared to become the lawkeeper. He gave us His Spirit who produces the fruit of new obedience in us (Galatians 5:22–25). This is what Christmas is all about. The Son of God appeared to destroy the devil’s work of being a murderer, a liar, a betrayer, and the lawless one; by revealing and being the life, the truth, love, and the true lawgiver and lawkeeper. Without the true meaning of Christmas life would be impossible. The works of the devil would have free reign, we would live in utter chaos and confusion, and end in dismal darkness forever.

For those who have not received the Son of God who appeared in the flesh and lived and died and arose again, the day of grace is here. Repent of your sins, trust in Jesus Christ alone for your salvation and live for him in the power of the Spirit. Then you will know what Christmas is really all about. You will see why it is absolutely necessary.

Rev. Vanden Heuvel is pastor of the Covenant Presbyterian Church (PCA) in Holland, MI, and co-editor of The Outlook.