What follows is an adaptation of an interview between The Outlook editors and Rev. James Bultman, instructor at the Donetsk Regional Bible School on behalf of Christ for Russia/Ukraine.

Vanden Heuvels-Rev. Bultman, please tell us about your sponsoring organization, Christ for Russia/Ukraine.

Bultman – Christ for Russia is a parachurch organization with headquarters now in St. Louis, Missouri. For a number of years Rev. Nick Vogelzang served as president and we will long remember his enormous and contagious enthusiasm. He did have to relinquish his work due to health problems, and the new president is Dr. Gerard (George) Van Gronigeni the new executive director is Dr. David Ludwick. The administrative office is now in St. Louis, Missouri where these two men reside.

The goal of Christ for Russia is to spread the gospel of our Lord and Savior Jesus Christ by establishing Reformed seminaries in countries of the former Soviet Union.

Vanden Heuvels – What is the rationale for beginning with seminaries rather than grass-roots evangelism?

Bultman – Economics and efficiency are the two reasons for choosing the establishment of Reformed seminaries as our response to the Great Commission of Christ. It is less expensive to fund visiting seminary professors than to send out American missionary families. Also, these professors can train native young men to be ministers and missionaries thus multiplying the witness of the professors quickly and in greater numbers.

But efficiency is another reason for establishing Reformed seminaries. Natives of a foreign country. trained in a seminary in their own country, will have a mastery of the language of that country that an American may never attain. A native will also understand the culture of that land better than an American. 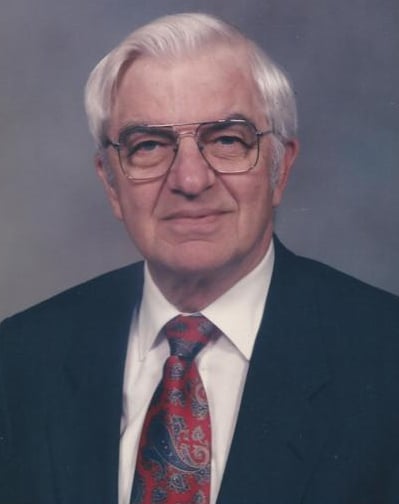 Vanden Heuvels – Beginning work at a seminary level presupposes a body of Christians with necessary skills. Will you give us a little insight on the backgrounds of the students with whom you work?

Bultman – Most of the students are young men between the ages of 18 and 45 who have been converted since the revolution. They have finished high school and have demonstrated aptitude for reading and articulating language. Upon graduation from the year and a half seminary program, they will earn their living in an occupation, and carry on preaching and ministry with no salary.

Vanden Heuvels – Please describe what you and others teach at Donetsk Regional Bible School.

Bultman – The students need to attend three, six-week, 232 class-hour sessions in the space of a year and a half. I teach Old Testament Introduction and Missiology; Rev. William Ribbens teaches New Testament Introduction and some Missiology, and Rev. Rod Gorter teaches Apologetics and Romans. Hermeneutics, Homiletics and the History of Christianity in Russia are taught by local teachers. Christ for Russia provides students’ needs for food, transportation and lodging during the six-week sessions.

Vanden Heuvels – Why is Christ for Russia/Ukraine concerned that the seminaries they support be Reformed?

Bultman – The over-arching goal of creation and salvation is to bring glory to God. Many Christians disagree with us and say that the highest goal is to bring people to salvation in Christ. We say that people must be brought to salvation in Christ for the sake of the glory of God. Every square inch of life and the entirety of God’s creation must be brought under the rule of Jesus Christ for the sake of the glory of God. As we look at the nations of the former Soviet Union, we see glaring evidences that the glory of God is and has been an unknown quantity.

In many of the nations of that region of the world, if not all, the mafia operate unchecked. Places of business are visited frequently by men who offer “protection” to the owner or proprietor of the business if he will hand over an amount of money; if he doesn’t, he may be beaten or killed and/or his property damaged or completely destroyed. People who are fairly prosperous and who refuse to pay the mafia face the likely possibility of having their heads in the cross hairs of a paid sniper’s gun. The government, according to Romans 13:24, is put in this world by God to punish the evildoer. Governments in that part of the world do not punish the mafia, and often government officials are given a share of the mafia “take.” Tax collectors are known for excusing a citizen for the amount due if he or she will bribe the collector; if no bribe is offered, the tax bill is increased.

Lying, cheating and stealing are commonplace in that area. In many public schools, children freely talk to each other and look on each other’s papers during exams; teachers tolerate cheating. There are reports that professing Christians do not believe it possible to operate a business without lying and cheating. In the book, Where’s the Chicken in Kiev?, American author, Cliff Schimmels observed a listless attitude toward courses of study on the part of many students in higher education. These students would then bribe the teacher at exam time and the underpaid teacher would reward the student with a good grade.

A common sight in Moscow is that of long rows of beggars standing shoulder to shoulder, facing passersby, calling for money. In passageways under streets, where pedestrians go to get to the other side of the street without going over the surface, there are many pathetic Sights. Here are people with legs completely bared showing huge ulcerated sores, blind people, persons without legs and arms, the aged who have barely enough strength to mutter “spaceba” (thank you), all begging. Reports reached me in Donetsk, Ukraine, of old women living in high-rise apartments obviously and rapidly becoming thinner due to lack of food. Some in desperation jump out of windows and plunge to their death on the sidewalk below.

Natives of the country are very eager to help foreigners but seem to be indifferent to the needs of their own beggars, the maimed and the hungry.

There is also a clear lack of initiative among the natives. A half century plus of government control of farms, factories and stores has caused people to be little more than dutiful performers. The drive necessary to make a business venture succeed, is not there. The law of supply and demand did not impact the managers of farms, factories and stores because production quotas and prices were set by the government. Consequently, there is among the natives, a dull resignation to poverty and corrupt government.

There needs to be a “God-consciousness” developed among these people, the consciousness that the God who possesses every virtue in the highest possible degree, now, because of Christ who removed our sins from before His holy eyes, turns to us in love and uses all that He is and has for His children. The exhilerating realization that such a one is now our Father with more love for us than any earthly father, is the occasion for the greatest human optimism there ever could be.

People also need to realize that they are accountable to God for how they use their time and talents. To believe and obey are the hallmarks of the Reformed faith and they must be proclaimed to people that have been in bondage for many years.

Vanden Heuvels – Thank you very much for your report on the work of Christ for Russia/Ukraine and for your val uable assessment of the people and their needs. May God abundantly prosper this ministry.