Help us get to know you better by telling us about your pathway to ministry.

Beginning when I was eleven years old, all I wanted to do was play basketball. Even after my conversion at age seventeen, I was driven by a passion to earn a scholarship, then play professionally somewhere. I played on an AAU team after my junior year that traveled and played against many future and even current NBA players (who are about ready to retire at their age!). Then I played in Europe and on several all-star teams and eventually went off to college. I was a young Christian, but I idolized basketball.

But the Lord was at work in my heart, and after being introduced to Reformation theology, I began to have more and more of a desire to serve the Lord and people more than myself and my career aspirations. After my junior year in college and ten straight years of basketball, I walked into the athletic department and into my coach’s office and gave up my basketball scholarship because I had some desire to go to grad school/seminary and do something else with my life. But when I enrolled at Westminster California, it was as an MA student, as I thought I was going to move on to a PhD and then teach or be some kind of campus pastor at a Christian college. 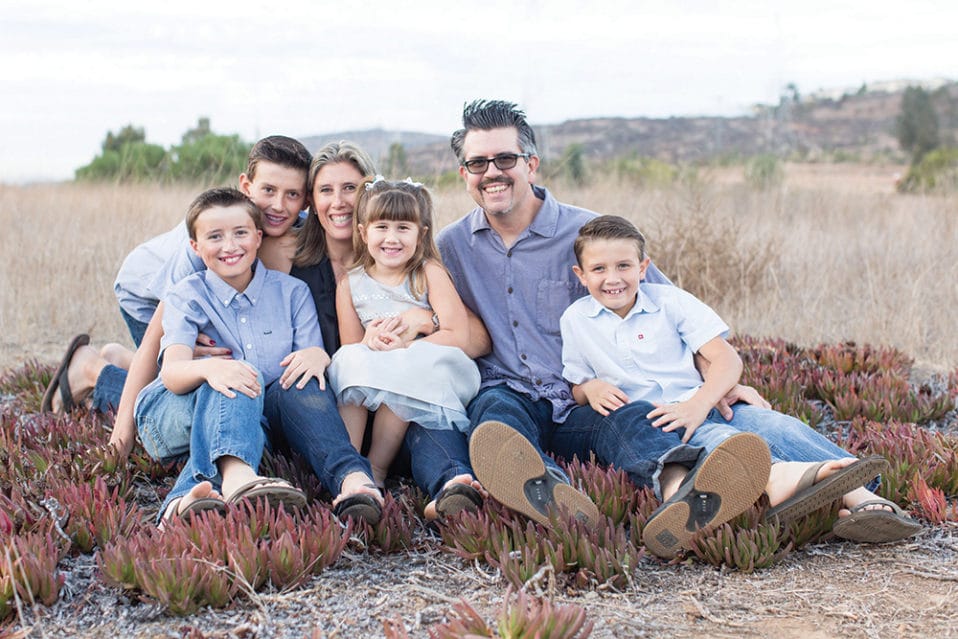 The Lord wasn’t done with me, though, and I had the crazy feeling that I could be of more use in being a pastor to people like me, who grew up and lived in a SoCal beach community but had never heard of the Reformation. So I changed my major to MDiv, delivered only a couple of sermons and knew I had to figure out if I could preach the Word.

I took a summer assignment at the Doon URC. That convinced me I was on the right path, so I began planning a church plant while finishing seminary, and here I am, seventeen years later, still loving ministry in SoCal.

Being in a very transient area but also near Westminster, tell us about your experiences with team ministry.

Over the years the Lord has blessed me with the opportunity to serve alongside many elders and deacons as well as associate pastors and pastoral interns. The ministry here is always fluid, so the makeup of our leadership changes regularly. One of the constants, though, is working together with and mentoring men who are following their own path to the ministry. As of now, I’ve had thirteen pastoral interns come through Westminster Seminary California and Oceanside United Reformed Church and who have gone on to do great things for the Lord.

Clearly you enjoy writing, having written sixteen books in seventeen years of ministry. Do you have other hobbies or interests?

My hobbies and interests are all intertwined with my four kids: coaching youth basketball, which is also a way to publicly display my faith in Jesus Christ; riding the waves of the Pacific Ocean; and reading classic stories to my kids (right now we’re in The Mutiny on the Bounty).

Why did you decide to write your first book, Jesus Loves the Little Children?

As someone who came into a Reformed church, I knew that this doctrine would be one of the harder things for people I sought to bring in to grasp for themselves. And since I had two influential professors (Robert Strimple and Meredith Kline) whose explanations of infant baptism sealed the deal for me, I thought I could popularize those arguments for newcomers to our faith. It’s still being read and being used to draw many people into Reformed churches not only here but also in Latin America, Turkey, and Russia, as it’s been translated into their languages.

How in your opinion can this book best be used?

We have it out for free on a book rack and give away dozens of copies a year. I then follow-up and regularly meet with people new to our Reformed doctrine to read through it and discuss it one on one.

Compiled by the Editor