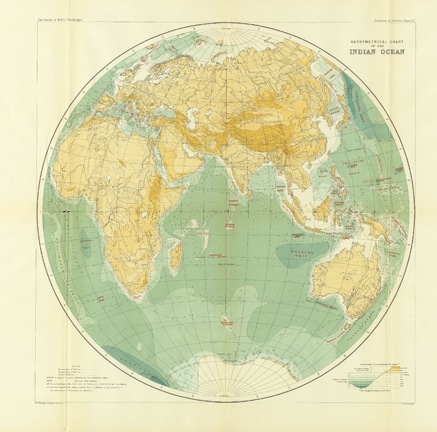 Dr. John E. Kim, president of the International Theological Seminary and pastor of the large Los Angeles Korean Christian Reformed Church, spearheaded this new project for a Reformed ecumenical organization. He, along with Dr. Luder Whitlock, Jr., president of Reformed Theological Seminary, and the Rev. Sam Sung Lee, Moderator of the General Assembly of the Hapdong Presbyterian Church in Korea, was elected co-president of the Fellowship. During a sabbatical from his pastoral duties, Dr. Kim traveled widely in Asia and established many contacts that contributed to the founding of the Fellowship. His address to the conference in Pasadena (printed in this issue of The Outlook) expressed his understanding of the need for the new organization.

In the course of his remarks, Dr. Kim noted the longstanding Korean frustration with the Reformed Ecumenical Council. In 1968 when the REC (then the RES) met in Amsterdam, C.C. Berkouwer spoke to the meeting and urged the RES to draw closer to the Roman Catholic Church. The Korean churches were so offended that in the next year, they withdrew from the RES.

The new IRF desires to be a conservative alternative to the REC. The hope is that various Reformed churches will affiliate with the new Fellowship. Strong interest has already been shown by several Asian and American denominations. But the IRF will seek to involve not only denominations. It will also seek members from seminaries and mission organizations and will have individuals as associate members.

Several seminaries known to readers of The Outlook were represented, including International, Reformed, the Korean Reformed Presbyterian Seminary and Westminster seminaries in Philadelphia and in California. Calvin Theological Seminary was invited but did not send a representative.

Basic organizational matters occupied some of the time of the conference. In addition to electing co-presidents and adopting by-laws, Dr. Ananda Perera was elected general secretary. Dr. Perera is currently a professor at International Theological Seminary. Questions about the Fellowship can be addressed to him at the seminary, 332 South Virgil Avenue, Los Angeles, CA 90020. Various regional secretaries were appointed to assist Dr. Perera and to represent the cause of the Fellowship in various parts of the world. I was elected recording secretary and chairman of the theological committee.

A number of papers on theological and methodological topics were read during the course of the conference. (My paper will be printed in the June issue of The Outlook.) One point of missionary strategy often adopted by Korean missionaries was discussed. This strategy involves the rapid development of theological seminaries on the field so that local leadership for the emerging churches can be quickly trained for service. The strength of this method is that it provides native leaders as soon as possible for the churches. It also points to the importance of theological education, seeing it not as a hindrance to evangelism, but a useful preparation for evangelism and a bulwark for the church’s health and development.

Other papers reported on the growth of Reformed churches in various parts of the world—especially Asia. Korea certainly seems to be the most fruitful mission field for Reformed Christianity in the twentieth century. Millions have been evangelized. Presbyterian churches have grown dramatically. But ecumenical problems definitely exist. It is estimated that there are now around 125 Presbyterian denominations in Korea! Other countries had exciting reports. Presbyterians from Thailand proudly displayed their recent translation of Louis Berkhof’s Manual of Christian Doctrine into Thai. A Korean missionary to the Philippines spoke of how the Presbyterian church there had joined a union church in 1948 and had become a liberal body. Through mission work the Presbyterian church was reborn in 1979 and now has built the Philippine Presbyterian Seminary which is educating people from many parts of Asia. A brother from Nepal spoke of how, in the face of great difficulties, the church has grown from nothing in 1951 to about 50,000 today. Much of that growth has come from Christians preaching and leading Bible studies in jails where they were imprisoned for their faith.

The conference was a very encouraging time for me. It was wonderful to hear what the Lord is doing in various parts of the world to build His church. It was a blessing to see new efforts to advance the cause of Reformed ecumenicity. May the Lord bless this Fellowship and use it for His glory.

Dr. Godfrey, editor of this department, currently Professor of Church History, is the President-elect of Westminster Theological Seminary in Escondido, CA.