If and when spiritual Christian revival occurs, what will it look like? Scriptures gives us a sure answer. The inspired Psalmist writes: “Revive us, oh Lord, according to your Word” (Ps. 119:107). Revival will be an awesome and unexpected fulfillment of the holy teachings and gracious promises of God as contained in the Scriptures.

The authors’ interest in revival comes from witnessing the dynamic growth of the small and seemingly insignificant Christian Reformed Church in the Dominican Republic. The Hegemans spent over 12 years in the Dominican Republic. The churches are mostly comprised of Haitian immigrants working in the sugar cane fields of this tropical country. From the years 1982–1989, the struggling and scattered groups of about 400 attendees skyrocketed from 400 to over 9,500 in 1989. The number of groups jumped from 12–15 to over 230. What happened?

Several missionaries, including the author, spent considerable time in studying the history of the church, mostly from a School of Church Growth perspective. Was the growth due to the right application of sociological and contextualization principles or was it, as the national church leaders and members saw it, “lluvias de gracia” (rains of grace) and “avivamiento” (revival)? Without excluding the benefit of adhering to proper sociological and ecclesiastical principles and applying them in a common sense way, a more profound explanation is needed

What convinced the author of the authenticity of the Haitian-Dominican revival was the whole scale return of church leaders, members, and seekers to the Word of God Not only was there a “hunger and thirst for righteousness,” in theory but also in practice. There was a communal return to the Word of God which only the Holy Spirit can affect.

Upon returning to Canada to take up the pastorate of the newly-formed London Independent Christian Reformed Church and two years later being asked to serve as the director of Ligonier Ministries of Canada, the author has sought to encourage the study and seeking of revival for God’s people. In meeting Christians throughout Canada, the prayer for revival is being offered by leaders and members from many denominations. Without the living presence of an almighty and holy God, denominations have gone spiritually bankrupt. Heresy, immorality, traditionalism, church politics, spiritism, superstition, materialism, spiritual deadness, and other ungodly manifestations are affecting most Canadian churches.

The main theme ofthese articles are to affirm that spiritual revival will be in fulfillment of God’s Word: no more and no less.

The righteous judge in the court room, in order to make the right decision, needs to hear all the evidence.

Believers are not necessarily scientists, lawyers or trained theologians, but they are committed to knowing God and knowing truth. They need the highest source of evidence for their beliefs about eternity. After all, eternity with God is what counts forever.

Revival is a supreme act ofGod. The only way we can understand it is to return to the primary source of revival, God Himself.

GOD CAN BE KNOWN

When the contemporary Christian expresses interest, prays for and would like to be involved in spiritual revival, certainly he or she would want a revival which comes from God. Potentially, we can be revived in our senses, revived in our emotions, revived in community, without experiencing the revival of God. Revival, above all else, must come from God. Revival is, in the first place, theological, that is, God-initiated, God-centered, and God-glorifying.

If true revival is to take place in the Christian church today, we will need a theological revival. We may not ignore the binding character of God’s attributes and being in revival. Theology, not denominationalism, traditionalism, or personal preference, will be determinative in revival.

The primary source for knowing anything that is absolutely true is God Himself. He is truth. He is knowledge. He is, what the ancients called, the Word. NonChristians have been shown by God’s work in creation that He is a personal God (Romans 1:18–20). Christians know Him and follow Him personally. 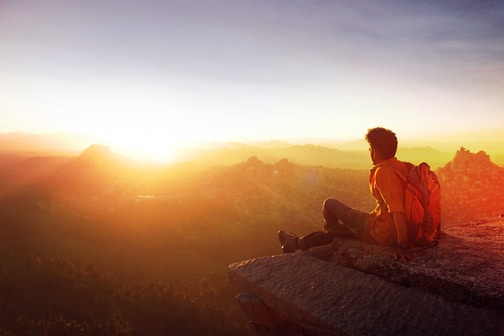 The son of an atheist was reported asking his Dad, “Dad, do you think God knows we don’t believe in Him?”

We know He knows. Romans 1 tells us.

God shows Himself to be true through His revelation. You and I need to have the security of knowing that God can speak and act for Himself in such a way that we are not deceived.

The so-called “Toronto Blessing” is reported to have a variety of spiritual manifestations, including children falling to the carpet in convulsions and reportedly seeing visions of God. Does Scripture and common sense teach us that convulsing children will see visions of Christ in Sunday School class?

God reveals Himself in His creation, providence, and sovereignty, to name a few of His awesome works. Romans 1:18f indicates that we are without excuse. Not only are non-Christians without excuse, but Christians as well.

As a missionary in the Dominican Republic from 1981–1993, the small Christian Reformed Church, working among the Haitian sugar cane workers, suddenly grew from 400 to over 9,500 attendees in 1989. For anyone who knows Reformed missions history, that is a double miracle! During those days of revival, there was a deep longing for true theology, Bible study, holiness and reconciliation. Even though Voodooism-Old Age theology sought to confuse the people and destroy the church, most of the leaders and members valiantly resisted and were overcomers. When true revival is at work, all the counterfeits will be set back for the time being. Even though the counterfeits are not totally removed, the testimony to the mighty acts of God and the veracity of His Word will continue to strengthen the church.

The rise of counterfeit Christianity in Canada alarms us. However, let the revelation of God’s will encourage you. Whether its Old Age Voodoo or New Age Spiritism, God will expose the counterfeits for what they are. This is especially true during revival.

GOD EQUIPS US TO KNOW HIM

God has created us with mental and rational faculties in order to know Him. That is a very important consideration so that no one will excuse themselves from the discussion. God gives external evidence through creation, and internal evidence through the illuminating work of the Holy Spirit. Both sources of evidence are outside our control, that is, God reveals Himself to us. We have nothing to do with how God reveals Himself in creation, nor do we determine who will believe what the revealed Word says. The Christian’s responsibility is to bear witness to God’s revelation in His creation, in His Word and in Jesus Christ. It is the Spirit of God who causes us to bear such witness (Acts 1:8).

Many Christians do not have the urgency to let others know about salvation by grace. Is this a sign of the absence of the Holy Spirit? Such a thought should cause us to search our hearts and conscience as to our relationship with God.

We live in the communication era. Never before have we had such opportunities to communicate the gospel. Yet, do we really set our minds to this holy task? John Stott was correct when he described modem day Christians as “keen but clueless.” God has given us a mind, not for mindless worship and service, but to be used to its fullest in praise, prayer, preaching, fellowship, evangelism and the defense of the truth. In times of revival, God will revive His message and messengers! He will revive their hearts and minds.

GOD GIVES US HIS WORD

God reveals Himself in His Word. The Bible is the inscripturated Word of God. It is fully inspired and inerrant. The Bible speaks authoritatively about who God is and what He does.1 Our failure to understand, believe, and obey the Biblical message is not because God revealed Himself erroneously, but rather, that our mind and heart is filled with error. This is the effect of sin in our world and in our life.

Someone once said that although Adam and Eve bit into the apple, our teeth are still chomping. We require the illumination of the Holy Spirit to cause us to “be still and know that I am God” and to cause us to truly believe, confess and obey the Word of God.

THERE ARE LOGICAL STARTING POINTS

The Holy Spirit is our teacher. The Spirit of God is the Spirit of truth. There is no contradiction between Word and Spirit, the truth and reality.

Within the Bible, there are logical starting points. When Scripture begins in Genesis 1:1 by speaking about ELOHIM, that implies that God is not revealing Himself as Allah or Sophia. In the next article we will explore the significance ofGod’s self-revelation as ELOHIM.

God’s inscripturated self-revelation does not stop until Revelation 22, where the whole redemption history has been told as to how God would be reconciled with His people and His work of creation. It is extremely important to follow the unfolding of redemption history. The Bible is, after all, His-story (History).

In the Old Testament, we go to the book of origins, Genesis. In the New Testament, we turn to the Gospels. Simply speaking, they come first. However, we do not pretend to leave the other Bible books outside of our periphery, but rather, establish our starting point. This applies to our knowing of the Holy Spirit of revival as well. If we seek to know the Holy Spirit and we start with Acts 2, it is like starting to read a book in its last chapter. We miss the full significance of the purpose for which the Holy Spirit came.

We intend to use the well-tried principle of Bible interpretation. Augustine of old said: “The New is in the Old contained; the Old is in the New explained.” In this series of articles we will freely use the revelation of God in the Old Testament to explain His workings in the New Testament. All Scripture is inspired by God and useful…

We have a lot of givens in order to start our investigation about the Holy Spirit and revival. What is revival?

Revival refers to a time of God’s special redemption activity. Martyn Lloyd-Jones defined revival as “an experience in the life of the church when the Holy Spirit does an unusual work.”2 The unusualness of the Spirit’s work does not contradict His usual work. but rather it intensifies it.

Revival can happen on a personal basis but in church history we usually see it occurring communally. Revival not only affects the local congregation and regional churches but also the community in which it is situated.

In the next article we’ll begin to explain God’s workings in revival by going to the opening verses of the Scriptures: Genesis 1:1-2.

1. This study uses the grammatical-historical hermeneutical approach. History must be interpreted by Biblical teaching. A summary list of the Biblical principles mentioned in this study is cross referenced with Biblical teachings in chapter 12. If the principle is drawn from an historical example, a corresponding teaching is cited and vice versa.

2. Martyn Lloyd-Jones, Revival (Wheaton: Crossway Books, 1994), p. 7, John Armstrong in “The Holy Spirit Working in Revival,” in By My Spirit (Guelph: Ligonier Ministry of Canada, 1996) gives the definitions of John Bonar, Vance Havner, James Buchanan, Arthur Skevington Wood, James Packer, and J. Edwin Orr (pp. 1–2). Michael Haykin, in “Jonathan Edwards and His Theology of Revival,” op. cit., explains six characteristics of revival described by Edwards: 1) a strong awareness of the presence ofGod; 2) a responsiveness to the Word of God; 3) a profound sensitivity to sin; 4) the recognition of personal sinfulness; 5) a renewed liveliness in the Church; and 6), an impact on society, pp. 12–22.