In the Ancient Near East when a king was captured the war was over. The nation was conquered.King Nebuchadnezzar thought he has brought about the demise to another nation. In his quest to expand his empire he had crushed another rebellion. He had captured Zedekiah the leader of a rebellion. In turn, he had publicly deprecated another nation and another god. Their god was too weak to defend his people. Little did this arrogant ruler and icon of the city of man realize that this city he had conquered was different from the other cities. This was not a city that had merely a human king or a temporal dynasty. This was a heavenly dynasty with a heavenly King. This meant that Nebuchadnezzar had not conquered Jerusalem at all! Israel’s King sat unscathed in the heavenly courts looking down upon Nebuchadnezzar’s offenses, his arrogance, and his gloating. Nebuchadnezzar’s deed would not go unpunished. The prophet Obediah announces that Jehovah will administer His justice on the appointed day. 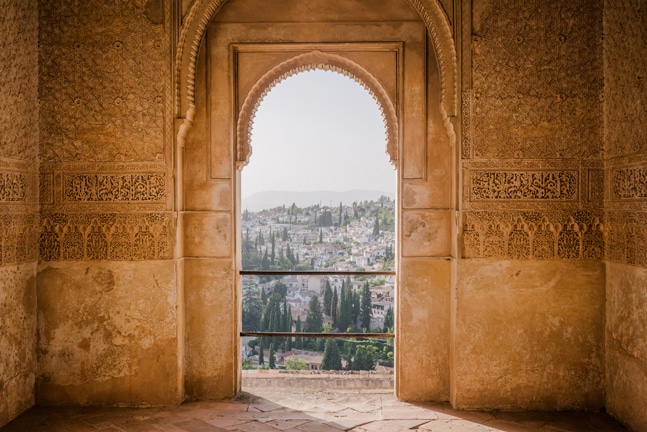 “For the day of the Lord draws near on all nations. As you have done, it will be done to you. Your dealings will return on your own head. Because just as you drank on My holy mountain, all nations will drink continually. They will drink and swallow, and become as if they never existed” (Obediah 15, 16).

In these verses, the prophet Obadiah tells us that all the nations hear the declaration that Jehovah has not forgotten His people. The call to rally to war at the beginning of the book (v. 1) now comes to its full fruition at the end of the book. The declaration that Edom will be brought low has been heralded and will come to pass.

In this passage of Scripture the prophet portrays God calling the nations to see that the Day of Jehovah is coming upon them. Edom has had his day of temporal glory, the day of gloating and murder, the day of aiding in the demise and plunder of his very brother Jacob as he scoffed from a distance safely nestled in the hills watching Israel march away (cf. v. 1–3). Now Jehovah will have His day – the day when He claims the ultimate victory. This day is also described in Joel 2 as a day when the nations appear before Jehovah without any hope of escape. There will be no running because this is the day of Jehovah’s public and ultimate victory.

The nations must realize that they have not accomplished anything. Edom thought that they had captured the king. The Babylonians thought that they brought low the spirits of those in Israel, but they have not captured the true king of Israel. They have not captured the city of God. They have overpowered merely a small model of heaven’s reality. The day of oppression will give way to the day of victory. The day of suffering will give way to the day of Jehovah’s exaltation and glory. Thus, the true king of Israel still watches over His people and the nations. Edom cannot gloat so quickly. Babylon cannot claim another defeat so readily. The terror and pain that they inflicted upon Jehovah’s people will be inflicted upon them. They will not be able to walk away as the innocent party. They will receive the justice that is due to them.

These same wicked people got together and drank their victory toast upon Jehovah’s holy mountain, the holy place that Jehovah secured for His people. This is the holy mountain that we read about in Isaiah 11:9 – the heavenly mountain upon which Jehovah will build His city. He has not missed what they have done. Their drunken victory banquet is what is going to overwhelm them. Their celebration will come to an end.

We read of a different application of the banquet cup. This is the cup of God’s wrath that they will drink up until they perish. The cup of Jehovah will be poured out, the cup that is referenced in Isaiah 51:17 and Jeremiah 25:15–18 – the cup of wrath by which Jehovah executes what He declared at the exit of Eden. The flaming sword of the cherubim will give way to the flaming sword wielded by Jehovah.

Thus, these enemies of Jehovah will not endure. Those who make sport of the people of God are those who make sport of God Himself. They cannot claim their victory by celebrating on this holy mountain because they will be called to account again when Jehovah pours out His wrath when they drink His cup.

“But on Mount Zion there will be those who escape, And it will be holy. And the house of Jacob will possess their possessions” (Obediah 17).

Jehovah is not just an angry God who goes through the nations arbitrarily displaying His wrath. He will not spare those who flee from His justice, because His justice is executed according to righteousness. Jehovah’s people were rounded up like cattle and cut off as covenant breakers. Esau the covenant breaker acted as another Cain, implementing his self-centered justice as he warred against God’s people (v. 10–14). There is nothing of lasting consequence because of what Edom has done. The people of God will dwell upon the Lord’s mountain once again! The new mountain will be a better mountain that will not be overrun because this will be Mount Zion, the mountain of the New Jerusalem.

The house of Jacob and the house of Joseph are going to be involved in administering Jehovah’s justice. The point that is being made here is that all of Israel is going to be involved in this cutting off. These two houses will serve a particular purpose. They will come together as a fire and a flame that will consume the nations. They will go through the house of Esau, leaving no survivors because Esau’s house is like the house of chaff and it will be consumed. It will be like the Egyptians who were reduced to chaff in the Red Sea as recounted by the song of Moses in Exodus 15:7. In all of Egypt’s might and power they did not have anything that was lasting. Likewise, the fire of the Lord will consume Edom and the nations. This is precisely what we are told: there will be no survivors in the house of Esau. They will be cut down like the covenant breakers they are! What Jehovah stated about Esau at his birth is being reiterated and worked out here in Obadiah.

Obadiah tells the people that they will take possession of Edom’s mountain. The prophet assures Israel that they will regain all that was lost. The victory of Jehovah is secured even as Edom gloats and Nebuchadnezzar thinks that he has captured their king. This is because Jehovah is nestled upon Mount Zion. This is the mountain from which His salvation will proceed. The King of Israel will call them to account from His safe abode.

Thus, we see that Jehovah has not forgotten what has taken place! His people will be vindicated! The gloaters will be brought low!

You and I both know that the intended fulfillment of this prophecy is not the Maccabbees’ capture of Edom. It is not with man making war and temporarily subduing the enemy, but the prophet sees something that is greater in the works the ultimate victory of Jehovah in Christ. It is with the coming of Christ that John the Baptist preaches the fire that comes with the Messiah is the fire that will consume. It is Christ who prays prior to the cross, “Father if it be your will take this cup from me.” Christ does not tremble because of the wine in the cup, but because of the cup’s implications. The cup is the wrath of God that will be poured out upon Him. Then what happens after His death? Christ is raised from the dead, and baptizes the saints in a fire baptism. They emerge unscathed through the ordeal.

This means that what the prophet had spoken about the victory of Jehovah has come to pass through the irony of the gospel in a two-fold event. The judgment is manifested in Christ and those who are in Christ, but it still awaits its full application when Christ comes again. It is in Christ that you have overcome. It is in Christ that you have been made worthy, adopted as heirs and coheirs. Do not go forth as one who is defeated, but live in the confidence that you have been made alive in Christ. Continue along the pilgrimage seeing Edom’s mount trampled by Zion through Christ.

Rev. Paul Lindemulder is the Pastor of the Covenant United Reformed Church of Fresno, California.