One of the thrills of the Reformed faith is that many churches may and do cooperate in the same cause. We do not believe in an independent, Congregational type of government. where each local congregation is a completely autonomous unit working with other churches only in a very loose way. Rather, being closely united in doctrine, confessing the same Christ and the same salvation as interpreted by the Reformed confessions, these various local congregations work closely together on many problems large and small which are of mutual importance. This cooperation is especially visible at classis and synod. And it was a great experience at the Synod of 1956 to see the representatives of so many different congregations from so many states and two nations, separated by such great distances, working together for a common Lord and a common purpose. This is ecumenicity already at work. 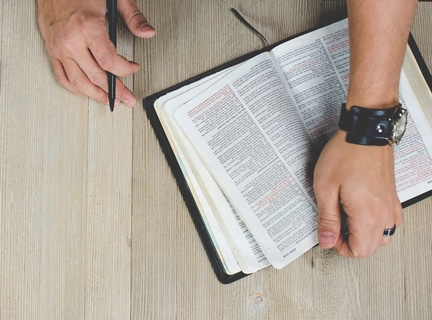 As is already obvious, this synod made some far-reaching decisions which affect all the local congregations. One of the most basic actions was that which concerns divorce and remarriage. For almost forty years our denomination had taken the stand that people who were married after an unbiblical divorce were living in what was called continual adultery, and that they must cease to live with their second spouse if they were to become members of the Christian Reformed Church. This synod decisively reversed the historic stand by adopting the following statement:

No substantial and conclusive Scriptural evidence has been produced to establish the thesis that parties remarried after being divorced on the ground of their own adultery, or divorced on non-Biblical grounds, are living in continual adultery.

It went on to assert further that there was no substantial and conclusive scriptural evidence either that such people must, in order to prove their repentance, cease living in the ordinary marriage relationship with their present spouse. In other words, after an “adequate period of probation” and with the advice of classis, unbiblically divorced and remarried people who show a sincere sorrow and repentance may be admitted to the church without dissolving the second marriage.

There was much discussion on this matter on the 800r of synod, yet in a sense it was superficial discussion. An hour and a half was consumed in debating whether to come to grips with the issue this year or to “pass the buck” to the synod of ‘57. Much time was also spent on the ethical and practical consequences involved. These were important and necessary, but it was noteworthy that almost no exegetical arguments were brought forward. There was no real wrestling with the pertinent texts. The impression could have easily been conveyed that decisions pro and con were made not on the basis of careful biblical exegesis, but on consequences and on the way “important” people who seemed to know felt. Personally, we feel that the position assumed is exegetically defensible, but we wonder how many of the delegates were thoroughly convinced of this.

Some Characteristics of Synod

It was interesting to observe how much reliance was put by the synod on the pre-advice committees, which were composed of various delegates whose duty it was to study certain portions of the agenda and to bring recommendations to the floor of synod. In the nature of the case it is physically impossible for each delegate to review thoroughly each matter that appears on the agenda. He cannot, for example, go into all the budgetary details and do the thorough investigation that the committee on budget matters attempts to do. Therefore, when matters were reported on the floor, in many cases implicit faith was put in the decisions of the pre-advice committee. Hardly a word of questioning would be uttered unless a delegate or two happened to know personally about a certain matter. Then questions would be asked. In some cases light would be shed on the floor that would cause the synod to reverse completely the recommendation of the pre-advice committee. This was a wholesome independence exerted by the delegates. But too often it was felt that the voting was done in the dark on the basis of the advice of eight or ten men in a pre-advice committee.

Such a situation can hardly be avoided one hundred percent, but it could have been alleviated to a considerable degree if each delegate had thoroughly prepared himself before synod. It is only too well known that some delegates, ministers included, never even read the agenda through before synod, let alone study certain difficult problems where such study is possible. A point in case at this past synod is the material on the Revised Psalter Hymnal. Not a few delegates had hardly looked at, let alone studied, the proposed revision. This is just one instance of several. Such lack of preparation is wrong and not a faithful discharge of one’s duties, especially in these important synodical decisions.

Along this same line, it is human, but always lamentable, that decisions arc rushed at the end. As the Congress of the

U.S. rushes bills through without ample thought and discussion in its closing days, so synods have and probably will do the same. There were some matters that were even quite important that quickly passed by the synod as the delegates tired from the incessant work and late hours. The problem is chiefly psychological, and it is doubtful whether extending synod to three weeks would remedy the situation.

One of the biggest issues was Calvin’s expanding needs. This synod. was in no position to make a final decision on this matter, for too many problems are involved which to date have not been thoroughly discussed. There is the problem of the .mushrooming of Christian Junior colleges and the ensuing question whether the churches in those areas will be obliged to support Calvin in addition to their own colleges, while people in Michigan support only Calvin. There is the bigger problem of whether a church should run a college or not, whether a church which is commissioned to preach the gospel of Jesus Christ should use the tithes of its people to give young men and women courses in Calvin as “Coaching of Basketball,” “Individual Sports for Women,” “Electricity and Magnetism,” “Surveying,” “Principles of Marketing,” and “Money and Banking.” For there are involved not only the millions of dollars of the initial cost for a new campus and buildings, but countless more millions as Calvin continues to expand in the years to come and continues to operate from year to year. It is the problem of whether or not our whole Christian school movement (outside of Calvin) is correct in insisting that the Christian schools be parental and not church schools. With these problems in mind, synod wisely and readily appointed a committee to study this whole matter. It could not make a decision now. It authorized the expenditure of $400,000 for the purchase of a farm and buildings, but with the clear understanding that this in no way binds any future synods to use that as a campus.

The impression was received by some, however, that in the minds of others this whole matter of the future of Calvin was cut and dried. On the one hand, a decision had been made to study the whole problem of the future of Calvin, not committing the synod to any definite course of action, a new campus or the old one, or removing the college from the control of the church. On the other hand, inconsistently enough, the next recommendations were that the Board of Trustees be authorized to have architectural plans and specifications made for the Seminary building, central heating plant, and two girls’ dormitories. It is obvious that these plans could not be made without knowing the exact terrain upon which these units were to be built. In other words, the distinct impression was given that although a study committee was to study the problem. the committee would come around to see the virtue of the newly purchased property, so the synod might just as well get a year’s jump on the committee and authorize the drawing up of architectural plans and specifications ahead of time. Synod saw the fallacy of this in part, rejected the authorization of these plans in the case of the Seminary building and heating plant, but inconsistently turned around and did authorize the plans in the case of the dormitories, although this was modified, and correctly so, to preliminary plans.

Another important decision concerned the several overtures regarding Christian labor organizations. In spite of the fears of some that there might be a “sleeper” in the resolutions, there was nothing in these resolutions that was not in accord with previous synodical decisions. The only new element is that found in resolution three, in which “Synod encourages the formation of organized groups to study what in the contemporary situation is the Christian answer to concrete problems in the field of labor and to give a united, vital, and persistent testimony.” But this is undoubtedly implied in former acts of synod.

What was new here was the emphasis and not the content. In 1946 the emphasis seemed to be on the compatibility of church membership and membership in so-called neutral labor unions, and only in the concluding sentence of the sizable declaration did the synod repeat the exhortation of 1943 that wherever feasible the Christian should “establish and promote definitely Christian organizations in the social sphere.” It appeared, although it was not so meant, to be like a footnote that was not of too great importance. The over-all effect was to stress the compatibility aspect.

This past synod, however, reversed this emphasis. but Dot the stand, and added no new content except perhaps the innocuous study group resolution. It clearly recognized again “that membership in so-called neutral unions is not necessarily incompatible with membership in the church,” yet it “wishes to keep alive the awareness of the reality of the antithesis and reminds the members of the church that so-called neutral organizations often deny the Word of God, as is evident from the practices of many labor unions.” It encouraged not only organized groups to study the problems and to give a “united, vital and persistent testimony,” but it also “encourages the formation of Christian labor unions as instruments to apply the teachings of Scripture in the field of labor.”

These seven resolutions were adopted by an overwhelming majority. And now it remains for preachers and elders to do something about this, and not leave it for the library shelves.

All in all we may be thankful to God that so many churches from so many places could work together in such harmony on concrete problems for the extension of the Kingdom of God. And we may thank him for his goodness toward the Synod of 1956.