When God made man He did not make him a robot—a mechanical man who could perform tasks automatically at the push of a button. Nor did God make a wax figure with the appearance of flesh, but void of mental or physical power. When God decided to make man, He said, “Let us make man in our image, in our likeness, and let them rule over fish…birds, livestock…all the earth…all the creatures.” So it was that man was made in God’s image.

In man’s unfallen state, the image of God was refracted (like light through a prism) in many ways. Physically, man alone, among the creatures, possessed a will, emotions, and the power of reason.

But we all know the tragic story. Man disobeyed his Maker, and although he retained a remnant of the image of God physically, he lost it spiritually.

Although he retained the abilities to reason, to feel and to will, the perfection and direction of these functions was changed, and man became a lover of self rather than a lover of God. Spiritually man was dead. He lost true knowledge, righteousness and holiness. He was doomed.

But, God in His immeasurable love and grace came to doomed man. He took that dead prism called man, and promised that someday He would send a Savior who would not only rescue man from hell, but would also infuse that dead prism called man, with light, Christ the Light of the world, so that once more man could be what he was made to be an image-bearer of God in all its variety of meanings and ways. That restoration of the image of God comes to all true believers, and will consummate in perfection some day in heaven when we meet our Maker and Redeemer “face to face.” 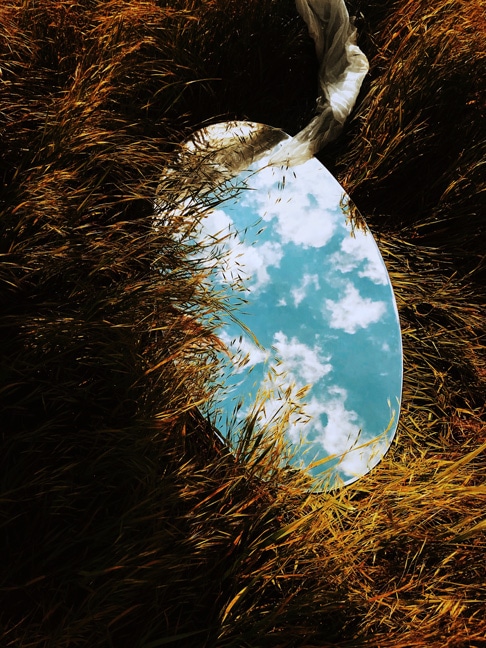 Meanwhile, on the earth we have the privilege and duty to cultivate that image of God in our own lives and the lives of our children.

Image is a word that has many different shades of meaning. An image can be a carving. The second commandment of the decalogue instructs us not to make a graven (carved) image as the object of ourworship of God. Carved images are usually cut from wood, stone or marble.

An image can also mean a copy. When we examine a painting that an artist has done of a certain person, we may say, “That’s a perfect image of him!”

Image can also mean reflection. When you look in a mirror, you see your image. It is thrown back to you and is a reflection of the real you.

Image can also be a thought. Sometimes we say, “I can see her in my mind’s eye. I have a mental image of her.”

God has an image too – you, and me, and our children. We are His advertisements to the world. Join us next month as we discover what He expects of us as image-bearers – His carving, His copy, His reflection, His thought, and His impression.