When I was a boy, my family did a lot of fishing. Sometimes we came in from fishing at night, and we were tired. But there was one rule that was never broken: “If you catch ‘em, you clean ‘em!” Don’t complain that you’re tired or think the fish can keep until morning. The fish need to be cleaned, now! They will spoil if left until morning. 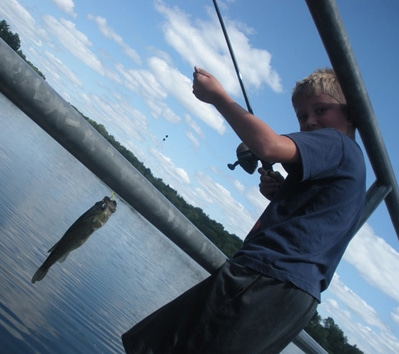 My family did not believe in wasting food, and fish were meant for food. In an unspoken way, we showed respect for the fish that we caught. They were God’s creatures, and that meant their meat should be properly used.

The family rule about cleaning fish also taught me an early lesson in responsibility. If I enjoyed the sport of catching fish, I had to share in the less pleasant task of cleaning them and preparing them for the table.

This also applies to evangelism. It is not enough to lead others to a conscious decision to follow Christ. Christ commanded us to “make disciple”—not mere “converts”—and there is a difference between these two. The condition of many churches is due to their failure to nurture and guide new members into mature discipleship.

“Superficiality” in the Worldwide Church

The evangelical theologian John R. Stott of England said recently that in many areas of the world the church is “characterized by superficiality.” He described the state of the global church as strange, tragic, and paradoxical. In some places, Christian churches are growing rapidly, but the problem is that the lives of the new church members are not visibly changed. Christians are not much different from the culture around them. In short, there is numerical growth through evangelism, but growth in discipleship is missing.

Latin American church growth is a case in point. Evangelical churches are growing rapidly in a number of countries, but the faith of many converts remains superficial. Church leaders are so alarmed over the problem that commissions have been appointed to write documents that describe what “disciples” and “disciplers” look like in the Latin American context. They recognize that superfidelity prevails when Christians do not live as Jesus’ disciples in their homes, neighborhoods, and societies.

In order to clarify what “discipleship” means, I suggest that we distinguish between the position of new believers who have repented from their sin and put their faith in Jesus Christ and the process of growing in personal faith, obedience, and holiness. By God’s grace, all those who have renounced the “old man” of sin and believe in Christ are positionally “disciples” of Christ. His Spirit lives in their hearts, and they desire to do His will. But a great deal still needs to be done in their lives to make them active, fruitful disciples of Christ.

The process of discipleship is the development of the “new man” in the lives of Christ’s disciples. As the Holy Spirit does His work of sanctification within, new believers submit themselves more and more to the Master’s will, and the process of discipleship moves forward. Jesus said that those who embrace His teaching are His disciples (John 8:31). They progressively demonstrate their commitment to Jesus by loving one another (John 13:34–35).1

As long as believers are in this world, their discipleship will be imperfect. At the same time, they will grow in discipleship as they increasingly submit themselves to the Lord. Their lives will show evidence of the fruit of the Holy Spirit (Galatians 5:22). Noticeable changes will occur as they mature in Christian faith and godliness and seek to serve their Lord more completely.

When we study the New Testament, we see that much of the Apostle Paul’s work and writing dealt with the process of developing new Christians into consistent disciples of Christ. Take I Corinthians 6:9–20 as one example. Paul had preached the gospel in Corinth and gained a good number of converts. A church was started, but the church was riddled with problems.

Paul wrote frankly about the sins practiced in the city of Corinth sexual immorality, idolatry, adultery, homosexual practices, thievery, drunkenness, swindling, and unbridled greed. “That is the way some of you were,” he wrote, “but you were washed, you were sanctified, you were justified in the name of the Lord Jesus Christ and by the Spirit of our God” (verse 11). Paul knew that some of the Corinthian believers continued to struggle with temptations. He was aware of where they came from spiritually and morally, and as a wise disciple-maker, he addressed the issues that confronted them. That was the only way to promote the new Christians’ progress in discipleship.

The Vital Roles of Churches

Churches play vital roles in the process of discipleship. It is through the teaching of God’s Word that believers, who positionally are already “disciples” of Christ, hear their Master’s word concerning day-to-day discipleship. The act of worship involves listening to God’s Word, submitting to it, and striving to carry it out every day of the week. If churches want to do effective evangelism, they must take discipleship seriously. They must provide sound preaching and teaching on a regular basis. They must train disciple-makers to work with new believers because evangelism with little or no discipleship soon evaporates. Unfortunately, some churches that are growing rapidly through evangelism are failing in the area of disciple-making. This is the reason why they have big “back doors” as well as wide “front doors.”

More and more churches are becoming aware of this problem. All across America, and overseas as well, churches are turning to the Alpha program. Alpha is designed to teach the basics of Christianity to inquirers and new believers as well as to enhance the discipleship qualities of active Christians.

The process of turning converts into faithful disciples of Christ should begin as soon as possible after conversion. Conversion involves repenting from old sins and idolatries and clinging with heart and mind to Jesus Christ. The Holy Spirit, who has put life into what was a dead soul, begins immediately to kindle new thoughts and desires. These need to be nourished and directed without delay.

In the evangelism classes that I teach, I urge students to begin the discipling process as soon as a person receives Christ as Savior and Lord. Every new believer should learn the following first steps of discipleship:

1. Praying in the name of Christ

3. Renouncing past sins and rectifying past wrongdoing

4. Confessing and renounding involvement in the occult or in Satanic practices of any kind

5. Joining a fellowship of Christians and preparing for baptism

6. Telling friends and family about Christ

7. Doing good to others

New believers come to Jesus in a sin-damaged condition. Their lives are often a tangled mess. Some have been involved in the occult, non-Christian religions, and some form of Satan worship. Their minds, and sometimes their bodies also, are bruised by the life of sin they now forsake. Many things must be sorted out, and this is where the disciple-maker’s role is crucial. Disciple-making is not easy, and it requires time and persistent effort.

Bill Corrico and His Two Wives

I learned some of these things when I was still a seminarian. I preached one Sunday evening at a mission chapel; my text was Luke 23:33, “There they crucified him.” As I neared the end of the sermon, a big, burly man walked to the front of the chapel, got down on his knees beneath the pulpit, and stayed there crying, until I finished.

His name was Bill Corrico, a native American. We talked together after the service, and I spelled out the Gospel as plainly as I could. That evening, Bill Corrico repented of his life of sin and put his faith in Christ. What a story he told us! He literally had broken every one of the Ten Commandments in the grossest ways. On two separate occasions, he had killed men in fights. He had thrown their bodies in ditches along railroad tracks out West, and he was never caught. He said he was willing to confess his crimes to the police if that was what we wanted him to do. Later that night, when we went to Bill’s home, we discovered he had two wives. He knew this was wrong, and he asked us to tell him which wife he should send away.

In childlike fashion, Bill Corrico was willing to do anything that was required to become a follower of Jesus. Workers at the chapel immediately took up the task of discipling him. They worked with him continually until he died about ten years later. Such work is not easy, but faithful disciple-makers experience rewards that words cannot express.

Discipling aims to develop new believers in three areas: godly character, true knowledge of God and His Word, and service and witness to others. Pastors and evangelists frequently build their instruction around the Apostles’ Creed, the Lord’s Prayer, and the Ten Commandments as the framework of their instruction. The Heidelberg Catechism has proven to be a useful tool the world over.

Special classes designed for people who have little or no Christian background are the most effective way to instruct new believers. Grouping them with people who know a great deal can sometimes be counter-productive. In churches that take both evangelism and discipleship seriously, classes for new believers are held in repeated cycles throughout the year.

With the help of the Holy Spirit, Christian character develops as new believers worship God, read the Bible, pray, and spend time with other Christians. Accompanying believers in various forms of ministry, such as visiting the sick, working with youth, or serving in mission projects, develops Christian character. It also brings to the surface spiritual gifts that the Holy Spirit is giving them. New converts generally learn best by interacting with mature Christians. They need to talk about matters that concern them and observe what mature Christians do.

Winning souls is just the beginning of evangelism. DiSciple-making must follow hard on its heels, and often it is long and tedious work. Might it be that one reason why some church leaders shy away from evangelism is because, while they would like to “catch ‘em,” they don’t want to “clean ’em”?

Dr. Roger S. Greenway, Missionary Monthly Associate Editor, has been professor of World Missiology at Calvin Theological Seminary, Grand Rapids, MI, since 1989. Earlier, he and his wife, Edna, served as Christian Reformed missionaries to Sri Lanka and Mexico. Dr. Greenway has served as pastor and mission administrator and has written numerous mission books and articles.