“I am so ignorant, I can’t stand it.” How old do you think the person was who said this? Was she your or my age? Why do you think she might have been someone your or my age? Is it not because we realize increasingly that we could be far beyond where we are in knowledge, had we used to the full the days and years God has already given us?

Incredibly, a sobbing little child of three and a half years old made this complaint. You may have read about her in a December issue of Time magazine. Because her playmates, all somewhat older than herself. could read and write, Kelly Jean Me Cormick found her own ignorance unbearable. Heeding her complaint, her understanding parents initiated action which resulted in the opening of a school which made room for their youthful “ignoramus.”

Kelly Jean complained because she knew that she did not know. She cared so deeply that she sobbed. Many a covenant youth three times, yes, thrice three times older than Kelly Jean, knows he doesn’t know and cares less. Others do not even know that they don’t know. They are distressingly complacent in their ignorance.

“I am so ignorant, I can’t stand it.” Would this were the cry of many a child in the grammar school! What is the actual situation? With distressing frequency, teachers find a spirit of indifference, of apathy, of complete unconcern about whether or not class assignments are met, preparations are thorough, or class recitations reflect one’s real ability. 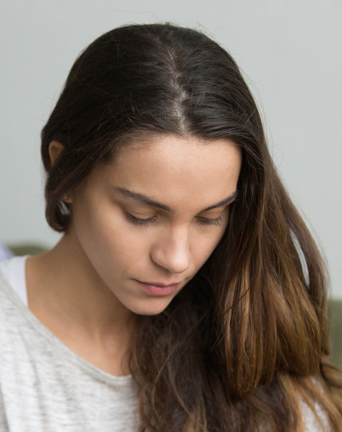 “I am so ignorant, I can’t stand it.” Would this were the sober complaint of Christian adolescents! Instead, high school students stress fun rather than study, recreation rather than mental discipline, the favor of fellow students rather than the favor of God. Where is the high school student who goes about his work in such a way that fellow students can see he has a goal in mind, that he is conscious of purpose in life and has a hunger and thirst for truth? A high school student tends to frown upon teachers for insisting on maximal production both in quantity and in quality, rather than rebuke himself for his slothfulness, his raggedness, his unconcern about what little evidence he gives of being an image-bearer of God and of being conscious of the sovereign rights of a sovereign Lord over his life.

“I am so ignorant, I can’t stand it!” If one seldom hears this “sobbing complaint” in the grades or in high school, surely one must indeed frequently hear it on college campuses where learning takes on special dignity, where convocations and commencements are clothed in such academic regalia and dignity that one should blush being a part of it if one lacks a deep hunger and thirst for knowledge?

How have the mighty institutions of learning fallen! Colleges have opened their doors so wide that young people of non-collegiate caliber are admitted not only, but are also kept on the rolls with the colleges making “adjustments” to the presence of such parasites either by gradually lowering standards or by letting the teachers close their eyes to the dishonest ways in which such students achieve their grades.

“I am so ignorant, I can’t stand it!” If children, if early and later adolescents are indifferent to how little they know, certainly parents are not complacent about the lack of intellectual interests on the part of their children! No? Too many parents think it an imposition that their children have a measure of home-work to do. Too many parents fail to co-operate with the school in creating an atmosphere at home in which a child can ponder upon and think out his mathematical problems, his history assignments, his Bible questions. They would rather demoralize their son’s mind with distracting television shows than see his mind grow in the stature resulting from the mental discipline which home·work achieves. Some parents will not forfeit their own television programs to create an atmosphere conducive to homework. Again, some parents by their deeds give the impression that it is less serious to neglect home work or skip catechism than to miss out on the social plans of the family. Again and again children unashamedly excuse their lack of preparedness because they went visiting the evening before.

“I am so ignorant, I can’t stand it!” Do parents and other adults sufficiently realize their own ignorance to utilize time for constructive reading, for Bible study, for becoming ever more intelligently informed about their own field of specialty so that the children have constantly before them the example of parents who themselves hunger and thirst after knowledge and are eager that the image of God glow ever more brightly in their own lives as well as in the lives of their children?

What are we as families, as schools, and as churches doing about this problem of ignorance? Diluting educational requirements by adjusting our schools to an ever-weakening desire of Christian youth to study, is paralyzing. Curtailing the Bible study program in catechism, in church societies, in family worship, and even in sermons, is frightening. Substituting television et cetera for constructive reading, is deadening.

Let the cry of Kelly Jean re-echo in our hearts to arouse us out of our lethargic condition. Let the dogged application of the Russians to their studies wake us up. But first of all, last of all, and all the way between, let the strong warning of the Scriptures that God’s people is lost for lack of knowledge, drive us back to our studies, to our reflections, back to our Bible, back to our God who has stamped his image upon us. We, the children of God, must be gloriously disciplined to express gloriously the glorious image of God.