Your February issue contained a review of Dr. J. W. Klotz’s booklet, “The Age of the Earth,” by Mr. Jacob Heerema. I have not read the booklet but request space to comment on the contents of the review. The kind of reasoning used in this review is a striking example of how far prejudice may go in falsifying the results of science.

Heerema’s analysis of the carbon-14 method of dating can be summarized as follows: (1) Most of the organic materials measured to date are in the order of 10 to 15,000 years old. (2) Carbon-14 dating “has been a field day for those who have been reluctant to accept the large numbers chronologies of the physical scientists.” “The ages of most organic relics and archeological specimens fall within magnitudes that are far removed from the millions and billions of years that have for so long been associated with the development of the human and animal species.” “The Bible indicates very clearly that we are living on a young earth, an earth whose age is measured in thousands rather than millions or billions of years.”

In point (1) Heerema is entirely correct. Anyone can examine the pages of scientific data and see that the samples dated by the carbon-14 method are relatively young. Heerema’s prejudice shows itself in point (2). He attaches an unwarranted significance to the fact that specimens dated by the carbon-14 technique are not millions and billions of years but only thousands of years old. The implication that the carbon-14 data is supporting evidence against old specimens (Heerema’s point 2) is entirely erroneous. The carbon-14 method dates only young samples, due to (a) the low equilibrium carbon-14/carbon-12 ratio and (b) the relatively short half-life of carbon-14. The method is completely silent on old samples. An illustration may be helpful. An astronomer working with a small telescope accumulated a large amount of data; however, the information was limited to stars in our galaxy. What does he infer from this data about stars outside our galaxy? Is it scientifically honest to use this data to support a theory which claims there are no stars outside our galaxy? Of course not. The astronomer realizes from the beginning that the small telescope is incapable of the necessary magnification for viewing distant stars and thus does not draw unwarranted conclusions from his data. For information on distant stars the astronomer abandons his small telescope for a longer one. Likewise, the geophysicist does not try to measure specimens millions and billions of years old with the carbon-14 method but instead uses a time clock which is in principle theoretically capable of dating old samples. 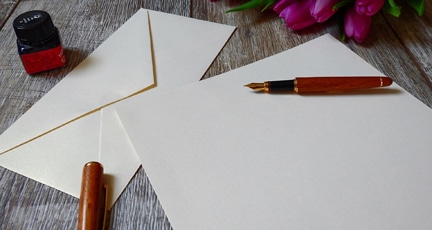 The character of some of the statements in Dr. J. R. Huizenga’s criticism of certain aspects of my review calls for some sort of general philosophical statement as a preface to my reply.

It is my belief that the Bible is supreme in its authority over all the sciences and as such does not await their dictums, and as such does not necessarily fit into all the patterns of scientific data as we know them. Further, since the theories and data of the physical sciences have often served as a basis for attack upon the authenticity of the Bible, it is incumbent upon us to give an effective witness to the infallibility and authority of the Scriptures over against the premature and often unwarranted claims of various scientists.

More specifically now, I would first like to say that I am sorry Dr. Huizenga did not read Dr. Klotz’s booklet before writing his criticism of my review. Dr. Klotz did a fine piece of work, and possibly Dr. Huizenga would have thought so also.

Secondly, I would like to point out that Huizenga attributed to me a statement that in the review is clearly indicated as a quotation from Dr. Klotz. I refer to the follow. ing quotation: “The Bible indicates very clearly that we arc living on a young earth, an earth whose age is measured in thousands rather than millions or billions of years.”

In the third place, regarding the alleged improper reasoning based on the carbon-14 method, it should be observed that Huizenga completely overlooked my qualifying statement to the effect that the carbon-14 method has a limited accuracy and that in the event this is improved, the range of measurement may be increased to include older specimens.

Fourth, Dr. Huizenga does not mention the examples I cited from a section in Dr. Klotz’s booklet entitled “Shrinking Time by Radiocarbon.” With regard to the 12,000 year old oil sample that my review refers to, Dr. Klotz says significantly that it is “a far cry from the millions of years formerly thought necessary for their formation.”

And finally, I should like to bring in the supporting findings of the author of the book, “Man, Time, and Fossils,” published by Alfred A. Knopf, Inc., in 1953. The author, Ruth Moore, discussed with Dr. W.F. Libby1 his work with carbon-14. and so it is reasonable to presume that the author did not write completely without Dr. Libby’s approval. She makes statements2 on page 378 of her book which credit the car000-14 method with reducing the time between modern man and his so-called cave dwelling ancestors to ten thousand years, and, which credit the fluorine3 method with proving that fifty thousand rather than a million years has elapsed since modern man came upon the scene.

These data and statements certainly make it appear to me that the carbon-14 method has made a significant if not amazing contribution to a shift in chronologies, which until very recently were held to be in the order of millions of years. These revised chronologies still may not be right, and 1 wonder if it is possible that they ever will be; but they are surely of magnitudes far closer than the former to the apparent data of the Bible.

1) The man who was responsible for the development of the carbon-14 method.

2) Since this book is not being: reviewed here, quotations may not be made without the permission of the publishers.

3) Although often unreliable in definite number dating, this method apparently has served to measure time magnitude.