Every overseas mission agency I know, denominational or non-denominational, is finding it harder to raise missionary support. Part of this is due to the recession. The recession provoked a crisis that all churches and mission organizations now feel.

Besides the recession, other factors make missionary support more difficult. People who traditionally supported missions are getting older, and some have already gone to glory. Not enough Christians of the “boomer“ generation are taking their place. On top of this, there is a trend toward supporting only local programs to the neglect of overseas work.

In the scramble for funds it is tempting for church mission agencies to abandon a basic principle regarding mission support and go for whatever system appeals to donors. This is apparent in the shift toward the “faith mission” approach by which missionaries are expected to raise all or much of their own support. 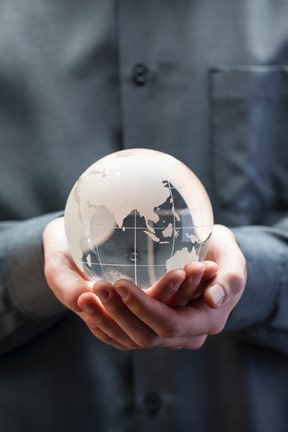 The purpose of this article is to examine the principle of corporate responsibility for missionary support that Reformed churches have stood for, and to explain why I oppose any shift toward the “faith mission” approach that is so popular in American churches.

The basic principle of corporate missionary support rests upon the Reformed understanding of the nature of the church and its mission. It is our position as Reformed believers that responsibility for carrying out the missionary mandate is not an individual affair but resides first and foremost with organized churches.

While not ignoring the place of para-ecclesiastical mission agenCies for specialized ministries and their great importance in certain circumstances, Reformed people have understood that the responsibility to call, commission and support missionaries rests primarily with churches.

Though not always articulated well, this principle nevertheless shaped the way Reformed missions were supported. As the CRC Church Order makes plain, responsibility for the promotion and support of missions rests with the churches (Article 73).

This principle has many practical implications. If churches are by nature apostolic, and the carrying out of Christ’s Great Commission is a primary duty, churches cannot legitimately treat missionary support differently than they treat, for example, the support of pastors. If pastors do not have to go around asking people to contribute to their support, neither should missionaries.

Nor can churches legitimately turn over responsibility for missionary support to certain members, or even worse, expect missionaries themselves to come up with the needed funds. Instead, the calling, sending and supporting of missionaries has to be seen as a corporate responsibility of churches as churches, and for churches to sidestep this responsibility is a serious mistake.

The principle of the mission belonging to the church is clearly expressed in the manner by which missionaries are called and supported. If missions is the corporate responsibility of churches and not simply the private burden of certain individuals, churches accept responsibility for raising their support. Churches can organize their fund-raising in a number of ways, but the basic principle remains the same.

But if churches do not view themselves as God’s missionary people, missions becomes something that churches can engage in to whatever degree they feel right. They can let the major responsibility rest with “mission-minded” individuals and independent societies. Then the “faith support” system begins to make sense, because this system is based on the assumption that responsibility for fund-raising rests primarily on the missionaries and secondarily on their church members who feel a special burden for missions.

WHY NOT ADOPT THE “FAITH SUPPORT” SYSTEM?

The “faith support” system is popular among North American evangelicals. It succeeds in raising millions of dollars every year for missions. Its promoters claim that it is more “spiritual,” that it makes for stronger relations between missionaries and Christians at home, and inspires more prayer. But few of its promoters stop to consider the missiological implications behind the “faith support” system.

Thousands of North American churches promote missions by providing opportunities for missionaries to make their financial appeals to members. Some churches have become famous for the number of “faith” missionaries they assist in supporting. But when it comes right down to it, the responsibility for raising support rests mainly with the missionaries.

Most “faith supported” missionaries work under mission agencies that lend them a hand in raising money. When new missionaries are appointed by these agencies, they generally receive some training in fund-raising. Then they begin approaching potential supporters friends, relatives and as many churches as will let them make a

presentation. New missionaries generally need up to two years to raise their initial support, and they cannot leave for the field until the required support level is reached.

Once they get to the field, “faith-supported” missionaries must devote a great deal of time writing letters to their supporters to keep the funds coming in. Furloughs need to be at least a year in length to raise support for the next term overseas. Overall, “faith supported” missionaries need to dedicate twenty-five percent of their total time to raising support.

Ifin the course of their tenn overseas, support falls off, as happened recently to many missionaries, they must drop their work and return home to raise money. From church to church they go, competing with other missionaries for available dollars, sometimes the same day on the same platform. If they fail to give as winsome an appeal as other missionaries present, their future is in jeopardy.

It is not my intent to disparage “faith supported” missionaries, or discourage anyone from assisting in their support. My wife and I help support some of them, and we do so with gratitude for their unselfish service. But in my judgment the “faith support” system is flawed in a fundamental way, and on the practical level it is unfair and demeaning to missionaries.

The key issue is ownership of missions. Is missions the corporate responsibility of churches that by definition are apostolic institutions? Or is missions an enterprise belonging mainly to Christians who feel a special burden for it, and who by this token bear the responsibility for supporting it?

Pragmatists will push the question aside, saying: “What’s the difference? Let’s raise the needed money by whatever means we can, and get on with the job of evangelizing the world!” While I share their enthusiasm for world evangelization, I believe the issue at stake is serious enough to be worth careful consideration, especially by churches that are on the verge of abandoning a principle they once adhered to.

The issue is exposed by looking closely at the manner by which missionary support is raised. In the “faith support” system, the primary responsibility for conducting missions does not lie with churches corporately but with individuals, and most of all with the missionaries who bear final responsibility for raising their support. Whether they realize it or not, churches and denominations that adopt the “faith support” system make a statement as to how they understand themselves and the nature of the church.

The basic principle that missions is a corporate responsibility belonging to the whole church makes me very uneasy about recent moves in CRC circles toward adopting the “faith mission” system of raising financial support. It may have short-term benefits by raising more mission dollars, but it is a step in the wrong direction. The “faith support” system is the missionary version of American individualism and entrepreneurship. It succeeds in raising money because it appeals to the spirit of our society. But in principle it is flawed.

Moreover, support systems that reduce or tamper with the basic responsibility of the sending churches to support their missionaries undermine the dignity of the missionaries’ calling and makes them, to all effects, “second class” Christian workers.

Teaching at Calvin Seminary as I do, I have already seen the negative effects of the trend toward turning missionaries into fund-raisers and attaching financial conditions to their appointment.

How do you think seminarians and their spouses feel when, after struggling through tough economic years to get their education, they face the options of pastoring a church with a guaranteed salary, taking an assignment in home missions with full financial support, or answering a call to overseas missions that carries with it the responsibility of raising much of their own support?

How do I think missionaries should be supported? They should be supported in the same way as other persons whom churches employ in positions they believe are important—pastors, professors, administrators, school teachers and so forth. Anything less is demeaning and unjust.

Why should missionaries be exploited in a way that takes the corporate body off the hook, so to speak, by making missionaries responSible to raise the support needed to carryon a ministry that by definition belongs to the churches’ very nature?

Without question, the times we live in demand creative new approaches to missionary support. The good news is that there are ways to build and reorganize support systems so as to achieve the goals which some people claim only the “faith system” provides: more prayer, more personalized giving and more intimate contact between missionaries and supporters.

These goals can be achieved without turning missionaries into beggars or compromising the basic principle of the corporate responsibility of churches for missionary support. That is the direction to take. In the long run, it will payoff.