Some years ago I got involved in a discussion with some colleagues, presumably friends, about the age of the earth. In the course of our discussion (debate, maybe?), I offered the proposition that the earth was relatively young and certainly not millions or billions of years old. As one form of proof, I suggested that the genealogies given to us in the Bible did not allow room for a creation that was more than 6000 years old. I had also contended that the word “day” in Genesis 1 and 2 was a normal, twenty-four hour day as you and I know them.

The response was not very pleasant. They were barely able to hide their derision. I was told that the genealogies could not be used for such calculations because they were full of gaps, holes and missing persons. Since I had not studied them intensively, and did not then have a degree in theology or Biblical studies, I felt a bit ashamed for putting my ignorance on display in a public meeting. I quickly clammed up and retreated into a protective shell of silence.

More recently, because of new demands for leadership, I once again conjured up my courage and broached the subject. On consulting my New Geneva Study Bible, I was informed by the editors that “many scholars argue that there are gaps in these genealogies, and that they therefore cannot be used to compute a precise chronology.”1 The editorial commentary seemed to suggest that most Bible scholars would laugh at the claim of Bishop Ussher that the earth was created by God 4004 years before Christ (BC). 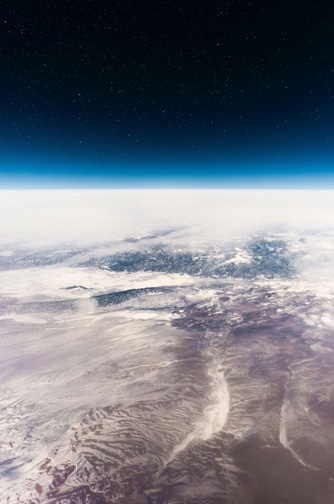 In a recent heresy trial involving a ruling elder and the Orthodox Presbyterian Church, the charge was made that it is contrary to the teaching of Scripture and to the Westminster Standards to argue that Adam had primate ancestors. Such an assertion, it soon became apparent, was built on a set of presuppositions which implied that the earth is millions and even billions of years old. Dr. Terry Gray, the defendant, in his appeal to presbytery, claimed that scientific evidence showed the earth to be old enough for such evolutionary development to have occurred. One of his grounds for the old earth, he claimed, is that “the genealogies have been shown to be stylized and with gaps.”2 The NIV Study Bible adds to this impression by stating, “The fact that there are exactly ten names in the Genesis 5 list [as in the genealogy of 11:10–26] makes it likely that it includes gaps, the lengths of which maybe summarized in large numbers. Other ancient genealogies outside the Bible If we only look at the genealogies as found in Genesis 5 and 11, we run the risk of encountering the charge that these first 11 chapters of Genesis are not historical accounts and cannot be treated as chronologically or mathematically precise. Even such a reputable source as the NIV Study Bible fails to treat the period prior to Abraham in its opening time lines, suggesting thereby that the first 11 chapters of Genesis are not history, but myth or some kind of literary or theological framework. To avoid such argument, we need to look at other books of the Bible against which such charges have not been leveled. Do they corroborate or refute Genesis 5 and 11?

There have been repeated assertions from many theologians that the genealogies cannot be used to date the earth because there are these supposed gaps, missing links and contradictions. Our study so far, though, shows nothing of the sort. Maybe an examination of the remaining segments will uncover these “problems” that our scholar friends claim to exist. If there truly are significant gaps and differences, we may have to adjust our beliefs concerning the age of the universe in which God has placed us. The following table will help us decide. 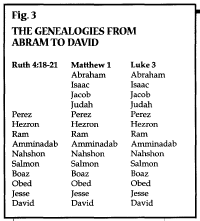 Elapsed time refers simply to the number of years between the time of a patriarch’s own birth and the birth of the next generation that is mentioned, e.g., “When Adam had lived 130 years, he became the father of… Seth” (5.3). The year in which the person died is determined simply by adding the elapsed time for the previous generations to the lifespan given in the Bible, e.g., in the case of Seth we add Adam’s elapsed time to the lifespan of Seth to get 1042.5

1. How many generations of grandsons could Adam have held on his knee?

2. What were some of the benefits of having Adam around that long?

3. How many people would you estimate were living on the earth at the time of the flood? Suppose, for the sake of your calculations, that the population doubled every 100 years. Next, suppose that it doubled every 50 years.

4. Which of the men on the above list were dead before the flood? Who died in the year of the flood?

5. Why did men live so long before the flood?

6. Why did man have children earlier after the flood? 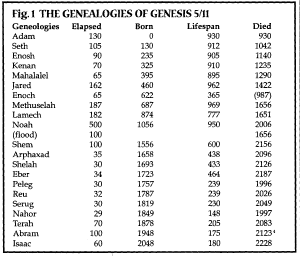 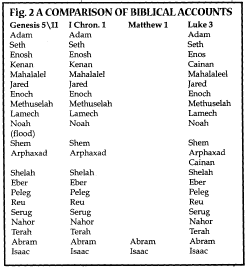 Still no problem! No disagreements!! What then, are these higher critics talking about?

When we look beyond David, then it cannot be denied that there are significant differences between the genealogies as given to us by Matthew and by Luke. li one were to lay them side by side, as does John Calvin in his Commentary, there would be many obvious differences, but only from David to Christ, where no disagreements exist among secular and sacred historians concerning the time of existence! There are no differences from Abraham to David, just as there are no differences from Adam to Abraham, with the exception of the name of “Cainan,” which is easily explained as a textual difference peculiar to the Septuagint (LXX) source, in contrast to the more reliable Hebrew Masoretic text.

Calvin reminds us that Matthew is writing to a Jewish audience who is concerned about the Kingdom of Christ, and is therefore following a line of legal descent, showing that Christ is the lawful heir to David’s throne, as per God’s promise to David and Solomon (II Chron. 7:17,18). Luke, on the other hand, is concerned with showing the natural, biological connections. Furthermore, it is clearly demonstrable from the studies of Daniel, Ezra, and Nehemiah that, after the Babylonian captivity, the same persons are given different names by their captors. These two gospel genealogies were never called into question by the Jews, who had all the historical records and public tables to do so, nor by any of the early enemies of Christianity, even though many of them examined them minutely.

During the time of the Reformation, the Protestant Reformers argued for an infallible, inerrant Scripture, which led John Calvin to conclude that the earth was created 3943 years BC.7 Martin Luther, operating on similar Biblical principles, came to the conclusion that God created the earth in 3960 BC, while Melancthon said that it occurred in 3963 BC Given the 1996 years since Christ, Calvin, Luther, Melancthon and their contemporaries would all today be arguing that the earth is less than 6000 years old.

Most of this has been forgotten because of the assaults of evolutionists who find it essential to have a very old earth in order to find any credibility for their theory. It is because of evolutionary assumptions that the genealogies of the Bible have come under such unrelenting attack during the last two centuries. Now, when evolutionists want to ridicule the creationists’ cause, they will ask if we still hold to Bishop Ussher’s date of 4004 BC We could tweak their noses by claiming that Ussher probably allowed a little more time than necessary, but should certainly remind them that the great Reformers, no scholarly slouches, predated Ussher and held to a younger earth than did he. We should remind them, too, that Bible-believing Lutherans, Baptists and Presbyterians are still strongly committed to the Biblical account of creation, as given to us in Genesis 1–11.

After examining all the evidence, we ought to come to the same conclusion as reached by Barnes Notes “There is no reason for doubting the correctness of the chronology submitted by the Hebrew Masoretic text. This is and is intended to be a complete chronology, complete as far as marking the actual laps of time is concerned. No other nation has anything to compare with it. Yet, strange to say, the only reliable chronology which we have…is being questioned, corrected, amended and condemned in favor of fallible documents …The claim that the Scriptures do not give a complete and accurate chronology for the whole period of the OldTestament that they cover is utterly wrong, dangerous and mischievous.”8

For all of us, it ought to be no shame to stand on the infallible, inerrant claims of Scripture, given to us in not one isolated incident, but corroborated in many places. The God of the Bible has given us His Word. That is good enough for me!

4. The NIV Study Bible, in a front-piece entitled “Old Testament Chronology,” places Abram’s birth date as 2166 B.C. and his death at 1991 B.C. In Fig. 1 the author is using the creation event as year 1 and adding to that date, in the same manner as do the Jews today. If, for the sake of discussion, we added the 2166 years of the NIV to the 1948 that I have calculated, we would have a total of 4114 years, only 110 more than Ussher’s date.

6. Concerning this, see John Calvin, Commentaries on The First Book of Moses Called Genesis, Vol. 1, Grand Rapids, MI: Baker Book House, 1993, p.229. Calvin there says, “Through six successive ages, when the family of Seth had grown into a great people, the voice of Adam might daily resound, in order to renew the memory of the creation, the fall, and the punishment of man; to testify to the hope of salvation which remained after chastisement, and to recite the judgments of God by which all might be instructed.”

7. Ibid., p. 231. Calvin there concludes that the age of the world was 987 at the time that Enoch was translated to glory.