First, just a word to remind you where we are in this series, where the crazy title of this article came from and why you should bother to read it at all. Some months ago, the elders and deacons of the church I serve in Dallas spent a couple of days in study and prayer. The focus was establishing pastoral goals for the new year. By that I mean that we sought to determine where our people needed special attention in their daily service to Christ, and to determine just how we should give that attention to them. As part of our study, we spent quite a bit of time analyzing the “wolf’s teeth” using the graphic imagery Paul uses when addressing the Ephesian eiders in Acts 20:29, warning them that “savage wolves will come in among you and will not spare the flock.” We asked this question: what is the form the devil uses to attack, to undermine, to oppose the gospel of truth and the life of faith in our day, in our city, among our people? 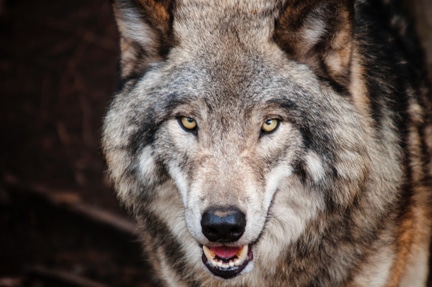 Our answer was four-fold. You have read in this column about three of those: secularism (the focus upon the here and now, with no thought to the eternal), materialism (the resulting quest for the “stuff” of the here and now), relativism (denying the eternal, we determine that nothing is absolute truth, but everything is relative to the situation, usually our subjective situation). Please remember, the purpose of these articles is not to speculate or ruminate about some philosophical ideas of interest only to ivory tower eggheads. Rather, it is to equip you who are called to serve Christ’s church as elders and deacons! You can’t equip, strengthen, or warn the sheep and lambs of Christ’s flock or oppose the enemy who is trying to destroy them unless and until you know who he is and how he works!

The final fang in the woll’s jaw is one I shall call pragmatism. Understand, the term is not new, nor is the notion that lies behind it. The word originates in the Greek and had to do with a thing, an activity, the involvement in an enterprise or a business. In English, the word pragmatic has to do with something being eminently practical, workable, effective. The philosopher William James elevated this idea to the role of a full-blown world-view. Listen to Webster:

Pragmatism: a philosophical system or movement stressing practical consequences and values as standards by which concepts are to be analyzed and their validity determined.

Now, if you wonder just what that said, allow me to elaborate just a bit. Pragmatism is the conviction that the way for a person or a society to determine day-to-day ethics is to ask the question: “Does it work?” That question, especially in its personal form (“Does it work for you?”) replaces the question, “Is it right?”

Now, those of you who have read this column in recent months will hardly be surprised. IfI am right, if we are ministering the gospel of Christ in a secular, materialistic and relativistic age, it is no surprise at all that our world believes there is no objective standard for right or wrong! The eternal Word of God is out, reduced by modem interpretative styles to being just an old collection of writings reflecting their various times; the values of the Judeo-Christian heritage are out, reflective as they are of only one among many possible cultural starting points; even the narrow and strict reading of the text of the Constitution of the US is out, replaced by constitutional scholars and judges with a fluid interpretation, one that changes with each passing generation and its new “values.”

What’s left? Pragmatism! The working ethic for people in the relativistic age is pragmatism. Do what works, since we can never actually know what’s right and what’s wrong!

Before I lose you to boredom, allow me to suggest that this is a very pragmatic question (yes, you may use the word; no, you may not worship it!). Consider several popular issues of our times:

• Abortion: How often haven’t you heard someone say: “I am personally opposed, but I cannot impose my values on everyone else”? What they are really saying is: “What works for me right now, is not at all what works for someone else. Their situation is different from mine, and I can’t hinder their choices.” Pragmatism. No absolute right and wrong, because there is no reference to the eternal standard of God’s Word. Everything is determined by the situation and the person and “what works for her.” That’s why so much press is given to the “exceptional cases” of rape and incest.

• Marriage and Divorce: We know we are living in times perilous for marriages. Anyone ministering in a modern American city knows that breaking marriages and the resultant broken lives consume a great deal of the time of pastoral elders. It is epidemic. Why? Until a couple of decades ago, when these wolf’s fangs broke through Satan’s gums, divorce was simply considered wrong and therefore usually not contemplated by people with marriage problems. Sure, there were problems. Sure, elders had marriage strengthening work to do then (and sometimes failed to do it properly). But there was a widespread acknowledgment (even among most non-believers) that marriage was sacred and divorce wrong. Not so today. Pragmatism has bitten deeply. Now the issue is: “Does your marriage work? Is it functioning properly?Is it satisfying your personal needs?” Gone is the high regard for sacrificial, Biblical love. Replacing it is “practicality.” Practically speaking, “If it doesn’t work, divorce.” After all, as one counselor (who actually tried to sell himself to pastors for referrals by claiming to be Biblical and Reformed) once said to a couple I knew: “You each have a right to be happy, and if your marriage isn’t fulfilling your needs, you have a right to divorce and pursue others.”

• Church Membership: Traditionally, church membership was a matter of faith. Imagine your folks leaving a church because the pastor didn’t visit as often as you thought he should, or because there Simply weren’t enough course offerings in the Sunday School program for the post-high singles, or because another area church had a more dynamic pastor who thought up neat sermon titles and put them in ads in the local paper. Unthinkable! Admittedly sometimes church loyalty could be and was sometimes sorely misplaced, blindly given to a church because of tradition or denominational affiliation. But today, pragmatism has struck. A neighbor of mine is a member of a local Methodist church. She has no concept of what Methodists believe, nor does she care. She attends some of their functions—because they fit her schedule and her “felt needs” of the moment, but is quick to add that she also attends an aerobics class at another church in the neighborhood and will worship wherever she feels like going on Sunday mornings. We are told that such is typical of the baby boomer generation. They are not joiners who act out of faith and commitment. They are shoppers who seek out bargains. Interestingly, church growth organizations suggest we ought to capitalize on the phenomenon—make churches “user friendly,” appeal to “felt-needs.” They call it being contemporary. I call it pragmatism. No concern with right and wrong, only with what works.

• Or finally, look at personal ethics: Did you see the movie “Wall Street”? It was run on the local TV channel—in sanitized version—a few months ago. My wife and I watched it because we had heard so much about it. It was indeed gripping mostly because of the accuracy of its insights into modern American moral values. Several lines struck hard: “Greed is good. Greed works.” “Don’t have a conscience. Consciences get in the way. Go with what works.” Pragmatism.

But wait, you say. Some churches, even well-known traditional ones, simply fail to reach their people. Sometimes the gospel is preached in such a way as to make it a trial to listen—truly boring and totally unrelated to the issues of life today. And sometimes traditional answers to some ethical issues—especially modern medical ethical problems seem to miss the point. What about that? Isn’t it good to ask for effectiveness, to inquire about whether something works?

To be sure, Scripture calls for balance here. We ought not to keep on using the same dated, pedagogically insufficient catechism books simply because “This church has used them for 50 years. If they’re good enough for grandpa, they’re good enough for my kids!” Nonsense. We should improve them! The same Biblical truths, but written in a much better style, a more effective approach, better educational helps and the like. Again we must see to it that we apply the same eternal principles to the issues of ethics, to church, to the problems our members face. But, we must do so in ways that are timely, that speak to the issues of their lives. It is, in other words, legitimate to inquire about efficiency, effectiveness, pragmatic value and relevance. But it is not legitimate to ask only about these things. The eternal truth of the gospel must never be presented in a boring, uninteresting, non-practical manner. But we must never change it to suit the moment either!

Finally, let me point you to a timely passage. Throughout our age, we face demonic spirits. I’ve given them names in these last articles, but perhaps they can best be identified with a single verse which will certainly identify our sinful culture as well as any volume of articles from my pen. Isaiah 5:20 says it simply. You must be alert pastorally.

Woe to those who call evil good and good evil, who put darkness for light and light for darkness, who put bitter for sweet and sweet for bitter.

Know full well that your people God’s people entrusted to you-live out their days in such an age! Be prepared to help them survive; keep their faith strong; remain faithful to their God and His Word, and “having done all, to stand.”