Higher Education and the Harvest of Righteousness

“Not many of you should become teachers, my brothers,” said the apostle James, “for you know that we who teach will be judged with greater strictness.” (James 3:1, English Standard Version)

In college, I marveled at this statement. Having graduated, I now tremble at it. During four years I enjoyed the blessing of teachers who guided me, challenged me, and inspired me to want to share in their craft. But as I continue my education with the eventual goal of instructing others, the apostle’s warning lurks in the back of my mind. James calls into question not only my personal desire to teach but also the very nature of college-level instruction as a whole. Is there biblical justification for the system of learning that we call “higher education”? If so, what would a biblical model of higher education look like? My purpose in these pages is to press into that question.

When it comes to academia, we Christians in the Reformed tradition have a lot to be concerned about. We have seen historic institutions drift away from their biblical moorings, first in search of scientific objectivity and later under the guise of relativism and open-mindedness. The questions that form the backbone of education have turned sour: “How can a young man keep his way pure?” has been replaced with, “Did God really say?” And that troubling shift has taken place not only in the big names like Harvard and Yale, but closer to home as well. Even at Reformed colleges today, pinning down a theology department on the inerrancy and infallibility of the Scriptures can be a daunting task. Christ’s claim to be “the way, the truth, and the life” is offensive to the postmodern attitude that claims all viewpoints as equally tenable. The Bible may be an interesting cultural artifact, a collection of inspiring stories, or a sacred text from one religious tradition among a host of alternatives. But those who claim that it is anything more are labeled ignorant fundamentalists. 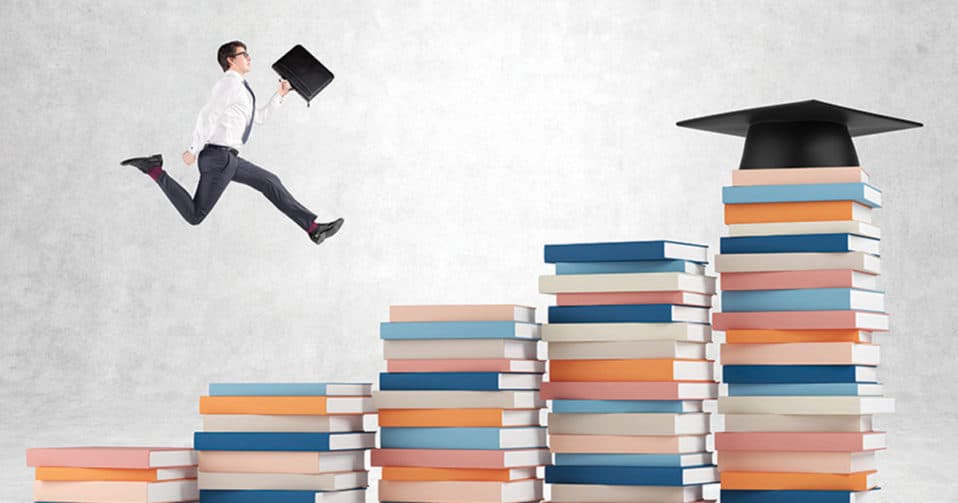 Then, too, we reflect on how the slippage of Reformed doctrine in our schools has affected the life of the churches, and we remember the old saying, “As the college goes, so goes the church.” How many of the theological battles of the last three or four decades began with liberal leanings in the classroom? And even aside from the specific preparation that our future church leaders are receiving, many Christian college graduates seem ill-prepared to articulate their faith in the growing hostility of a post-Christian culture. It’s unsurprising, then, that many of us view the condition of the university in the twenty-first century with a combination of concern and cynicism. We ask the same question posed by the psalmist: “If the foundations are destroyed, what can the righteous do” (Ps. 11:3)?

Of course, it’s not surprising that we Reformed Christians should find ourselves at odds with the unbelieving world’s educational system. What’s surprising is how many people within that system are expressing similar concerns. William Pannapacker, a professor of English at Hope College, has published several deeply critical essays on academia in The Chronicle of Higher Education. Under the penname Thomas H. Benton, Pannapacker writes that he is “quite sure that higher education in the humanities as we know it is not even likely to last out the careers of the younger tenure-track faculty members” (2003), that universities treat the enthusiasm of naïve students as “an exploitable resource” (2009), and that lofty talk about “the life of the mind” is empty and deceptive (2010). And the fact that Pannapacker—himself a professor at a well-known college—writes these lines is troubling indeed!

Pannapacker’s voice joins a chorus of criticism from concerned parents, professionals, and even professors who worry that a liberal arts education is no longer effective preparation for today’s marketplace. Instead, they fear that universities are merely spewing a new generation of poorly prepared students out of a self-serving and utterly useless academic machine. Liberal arts graduates may dream of transforming the world, but their professional expertise doesn’t extend far beyond flipping burgers at the local fast food joint. Meanwhile, technical schools offer real-world skills and better job security at a lower cost. What option seems more reasonable? When the supposed friends of higher education are this cynical, who needs enemies?

Christians’ serious and legitimate objections to the liberal agendas of many universities, combined with the practical concerns I just mentioned, may look like final nails in the coffin of higher education. But what does the Bible have to say about all this?

When it comes to the subject of philosophy—the love of wisdom, the center (supposedly) of a liberal arts education—there are plenty of Scripture passages that echo the same cautions I described above. Paul writes to the Colossians, “See to it that no one takes you captive by philosophy and empty deceit, according to human tradition” (Col. 2:8). And in his first letter to the Corinthians, he contrasts “words of eloquent wisdom” with the power of “the cross of Christ” (1 Cor. 1:17). Paul knows the deadly haughtiness of human wisdom that sets itself up against God, and he urges believers to take no part in it. As James warns, “Friendship with the world is enmity with God” (James 4:4).

But is it possible that the Bible also offers hope for higher education—a hope grounded in the total authority of God’s Word over every area of life? If these verses marked the end of the apostles’ arguments, the question would be settled. However, each passage makes a broader point that affirms the possibility of pursuing biblical wisdom. Paul goes on to exhort the Colossians, “If then you have been raised with Christ, seek the things that are above, where Christ is, seated at the right hand of God” (Col. 3:1). To the Corinthians, he says, “Yet among the mature we do impart wisdom . . . a secret and hidden wisdom of God, which God decreed before the ages for our glory” (1 Cor. 2:6–7). James writes, “God opposes the proud, but gives grace to the humble” (James 4:6). To those who discard prideful self-certainty and presumptuous agnosticism—to the humble—God reveals the depths of his wisdom.

We return once again to the advice of James: “Not many of you should become teachers, my brothers.” The apostle proceeds to tell us that the presence of bitter jealousy and selfish ambition in our hearts signifies wisdom that is earthly, unspiritual, and demonic. Earthly wisdom arouses lust for power, money, and recognition. Unspiritual wisdom refuses to look beyond the visible, denying the possibility of revealed truth. Demonic wisdom places the mind and heart of the learner in bondage to powers that deny God and his authority. Wisdom of this kind is transient, deceitful, and oppressive. And we can tell it by its fruits: jealousy and selfish ambition, along with “disorder and every vile practice” (James 3:16).

But there is a second kind of wisdom as well. “The wisdom from above is first pure, then peaceable, gentle, open to reason, full of mercy and good fruits, impartial and sincere” (James 3:17). This kind of wisdom seeks to know God in his purity, with the sincerity and meekness that should characterize the student of the Scriptures. This second kind of wisdom justifies—no, it demands—a Christian approach to higher education, in pursuit of truth that can come from God alone.

In today’s academic context, it’s easy to think of learning as something that can be bought. But we have too easily forgotten a fundamental principle: We learn from people. Learning is not a process of accumulating information into mental data banks the way your smartphone downloads an app. Rather, learning is spending time with wiser people. Information can be found in books, charts, and theories. Wisdom cannot. The only way to develop wisdom is to spend time with people who already possess it. If this is the case, the primary concern of college is not what you are studying, but with whom you are studying it.

Notice Paul’s words to the Corinthians: Christ “became to us wisdom from God, righteousness and sanctification and redemption” (1 Cor. 1:30). Jesus Christ personifies the “wisdom from above” of which James spoke. Developing godly wisdom requires nothing more and nothing less than spending time with Christ—in his Word, in prayer, in his church, and in the sacraments. If he truly is “the way, the truth, and the life,” we can do no better than to learn from him. With this view, the purpose of a Christian college is not to encourage its students to study Christian information and Christian ideas. Rather, its purpose is to encourage students to spend time with Christ. The kind of wisdom that we learn from the Lord, James says, will yield a “harvest of righteousness” (James 3:18).

It is far easier to find a university that supports the first type of wisdom than to find one that supports the second. But this ought to be a call to action rather than a call to cynicism. The most important facet of a thoroughly Reformed view of higher education is that all learning must take place under Christ. If we set our eyes on that vision, we will find that there is much good work to be done.

Benton, T. H. “The Big Lie about the ‘Life of the Mind.’” The Chronicle of Higher Education. February 8, 2010. Retrieved from https://www.chronicle.com/article/The-Big-Lie-About-the-Life-of/63937

Mr. Michael R. Kearney  is a graduate student and research assistant in the Department of Communication and Rhetorical Studies at Duquesne University in Pittsburgh. He is a member of Covenant Fellowship Reformed Presbyterian Church (RPCNA) in Wilkinsburg, PA.